The Daily Nexus
Opinion
The Troubles of Being a Transfer Student
November 27, 2018 at 1:22 pm by Autumn Murphy

As I sat inside the large but not-so-spacious Buchanan Hall four days before my communication research midterm with thoughts on my mind like, “This word on the study guide was never mentioned in class,” I wondered what the impacts of being a pre-major had on other students. I realized I knew about the pre-major process before coming to this school and that I chose this for myself.

Other schools that I was considering do not have this pre-major process. UC Davis would’ve allowed me to be fully matriculated into the major, and Sacramento State even would have allowed me to graduate early. Nonetheless, I took a risk and moved all the way from my hometown six hours away, telling myself that earning a B wouldn’t be too hard … right? 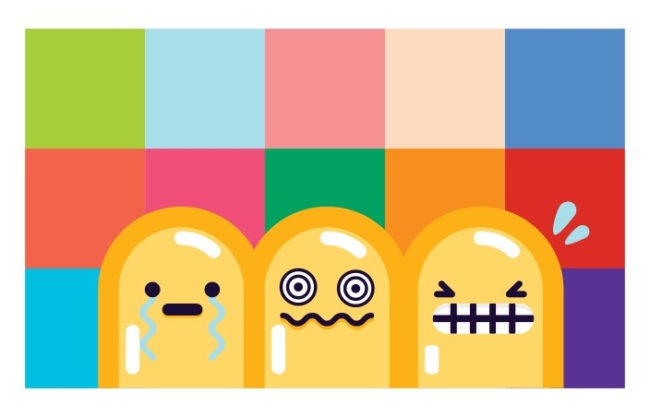 Communication isn’t the only major that has this problem — it’s a relevant and familiar process for many impacted majors at UCs and weeds out those in popular STEM programs. For communication, UCSB requires four pre-major classes with a GPA average of 3.0 in all four of those — a solid B average just to get into the major. One purpose of this is to prepare you for the major, as all of these classes are highly relevant, but its main purpose is to allow in only those who have proved successful. The pre-major process for political science even requires students to take two courses before registering for the pre-major. The department won’t allow students to sign up for those necessary courses during the first pass time unless they are in the pre-major, making it so that getting courses is nearly impossible.

Transfer students have significant obstacles and few resources to deal with them.

Those who fail to get into their major of choice must go through the grueling process of switching majors. Switching pre-majors is the easier part, but getting into a major after failing the first time is tricky and can even be downright discouraging. Some majors make you go back to square one with different requirements; some make you start the process all over again, when it could very well be the second quarter of your third year — the time when most people should be starting their upper division coursework.

This system is not designed for transfer students — every department and every student is aware of this. At my transfer orientation for the pre-communication major, we were given instructions to sign up for a pre-major class, as well as two other upper-division classes in the College of Letters & Science as elective credit. Most of us, if not all, had finished our general education credits before we even got to UCSB, so the fact that we had to take classes similar to GEs was infantilizing. Even so, there was little instruction and guidance on what classes to take to fill those requirements. I was told to take “easy classes” and make them pass/no pass. I was recommended the transfer seminar, which only had 200 spaces. For a transfer class of over two thousand, this was an unreasonable and unacceptable request. If I had not arrived at orientation,I would not have known about what courses to take at all.

UCSB has an extremely high turnover rate for almost all majors because many students aren’t able to complete the pre-major process successfully.

Transfer students also had the misfortune of having late-August pass times to sign up for courses, when the rest of the student body signed up for Fall Quarter classes in May. Spaces for classes were left available, but there was not nearly not enough to fit the rest of the transfer class. I ended up having to join the waitlist for four courses. Getting into two of those, I luckily only needed two more to fulfill the 12-unit requirement for financial aid.

What UCSB could do instead is place a limit on how many people are accepted per major into this school, something that is done at almost every other university in this country. The problem is that UCSB has an extremely high turnover rate for almost all majors (that is, almost everyone changes their major at least once) because many students aren’t able to complete the pre-major process successfully. The pre-major process can be daunting, but UCSB wants us to do our best. Nearly all professors across all departments wish their students luck in their courses and give them the resources to succeed.

“Gruelling process of switching majors”
*filling out one piece of paper*

Likely not what the author wants to hear but as UCSB and its most prestigious majors become more competitive i dont think the answer should be to limit the number of students admitted to majors to lower competition, but rather to lower the number of transfer student admittees to the school as a whold in order to maintain and increase out academic standards. The school isnt what it was 5 or 10 years ago. We are now a top 5 public university, its time we admit students like one.

I don’t agree with all the points in this article but UCSB got to this point of acedemic excellence with transfer students, changing their admittance policy isn’t going to make UCSB a better school, it would make it a worse one.

I have the perfect solution to your problem – don’t transfer.

This article is silly. I’m not a transfer, but I struggle at UCSB as well. I’m in your research methods course, and those words you don’t know on the study guide are in the textbook. Read it. This is an amazing university, of course classes are hard, and you’re going to have to learn on your own a bit. I started as a STEM major and failed out in the weeder classes, but changing your major isn’t hard at all. It takes a piece of paper. The peer advisors in the comm department have helped me a lot; you should… Read more »

I am somewhat disappointed to see some of the responses/comments to this article. Some of the troubles mentioned in the article do apply to some, if not most, transfer students. I am among them. There are things we just did not know ahead of time. Some of us also get this feeling of being half-freshman and half-junior, as we adjust to a new environment. The transfer process can be smoother.