The Daily Nexus
On The Road
The Ultimate Gourmet Acai Bowl
November 19, 2018 at 12:00 am by Paige Holloway

Don’t get me wrong — I will always be a die-hard fan of Cajé acai bowls, but I have now come across a place that’s given me a real appreciation for acai bowls. A few weekends ago, I drove down to Orange County to visit my sister at Chapman University, and she insisted that I needed to go to a place called Blue Bowl. She and her friends would not stop raving about it until I agreed to go, and I can assure you, it definitely gave Cajé a run for its money. 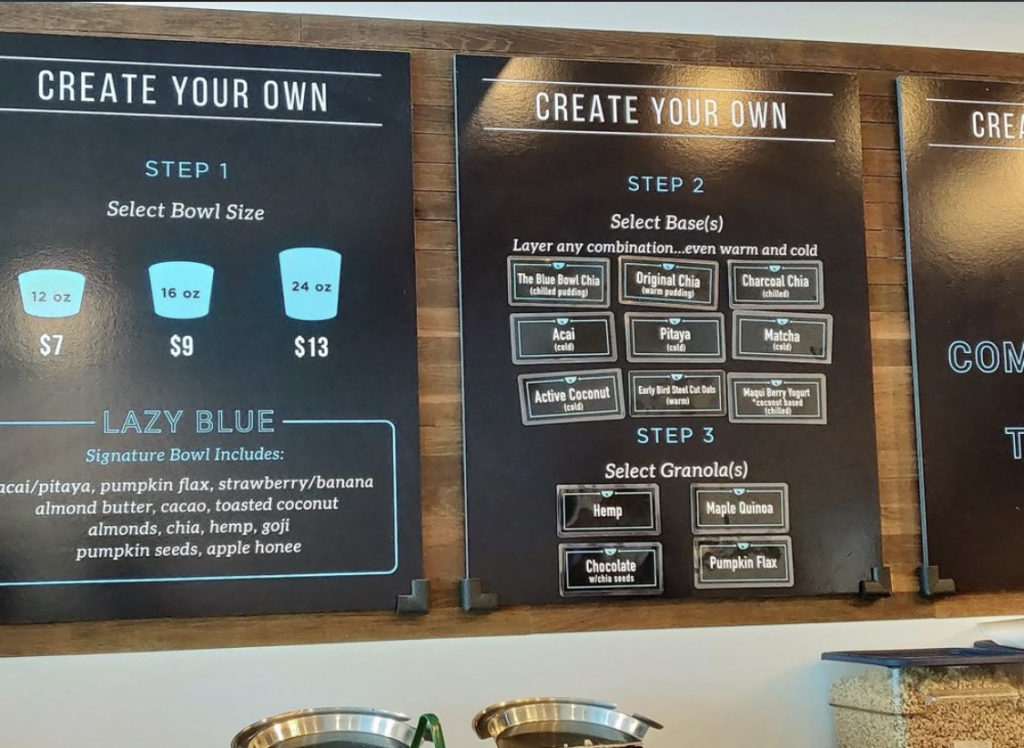 At first, I figured it couldn’t be that special since all acai bowls are pretty much the same. My reluctance only grew when we arrived there and the line was out the door and wrapping around the building. We waited a good 15 minutes in the sun until finally inching through the doors. It was a fairly small space inside, but I was immediately relieved by the air conditioning and smell of fresh fruit. I quickly began skimming the menu on the wall and was blown away by the variety. Usually most places give less than 10 pre-prepared variations of the classic acai or pitaya bowl. Blue Bowl, however, works Subway-style in which you can pick everything that goes inside with unlimited combinations!

When it was my turn to step up to the counter and order, I immediately felt anxious just in choosing which size I wanted. They offered three different sizes: 12 oz., 16 oz. and a massive 24 oz. I settled with the 16, but my sister disapproved of me not getting the iconic 24 oz. The next step was for me to choose which bases I wanted in my bowl. Yes, that’s right, bases plural. I looked up at the board, expecting to see only acai or pitaya, but they had up to nine different options you could mix and match! There were both cold and warm options, including acai, pitaya, matcha, activated coconut, coconut-based yogurt, chilled chia pudding, warm chia pudding and steel-cut oats. I ended up going with my sister’s recommendation of acai, chilled chia and matcha.

Next, it was time to pick my granola, and of course, I went with chocolate. Other options included pumpkin flax, maple quinoa and hemp. Now it was time to add fruit; I chose banana, strawberries and blueberries, choosing to leave out the other option of fuji apple. The Blue Bowl worker then asked which nut butters I would like on top. I decided on a mixture between cashew butter and almond butter. I was then asked to pick from the additional toppings section, which included pumpkin seeds, goji berries, flax seeds, cacao nibs, almond shavings, four different types of coconut shreds, chia seeds and more. I decided to keep it simple and go with cacao and goji berries. Now it was time for the final touches: syrups and powders. I chose to forgo agave to try the apple honee, which is completely vegan! The powders included matcha, espresso, cocoa and cinnamon — I went with matcha. 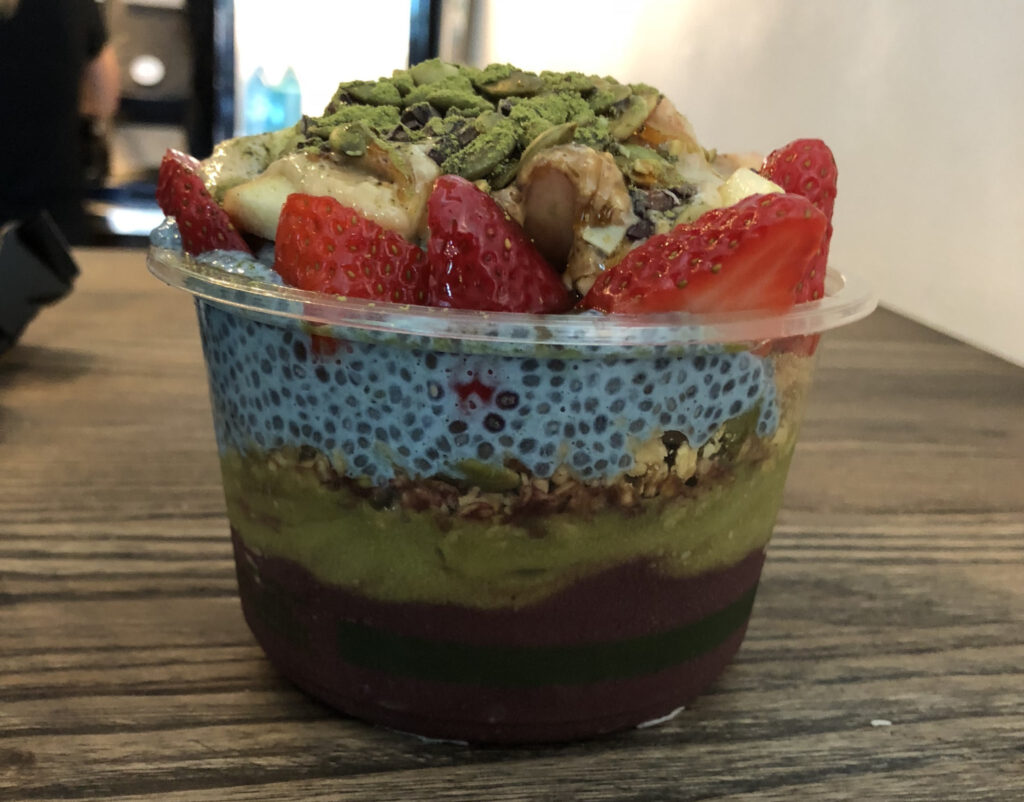 My finished creation was layers and layers of colorful deliciousness. Everyone I went with had a different combination, and I was in awe at how pretty it all looked. I can personally vouch that it tasted even better than it looked and was officially the best acai bowl I’ve ever had. I’m sorry, Cajé; you will always be a convenient place for my acai bowl cravings, but Blue Bowl really changed the game. If you find yourself in Orange County any time soon, I definitely recommend braving the line out the door to experience these healthy but crazy-good bowls firsthand!