The Daily Nexus
Student Gov
Judicial Council Seats Will Be Unfilled Until At Least Week 9
November 15, 2018 at 1:11 am by Sanya Kamidi

Associated Students President Brooke Kopel has yet to nominate the four members of Judicial Council, leaving the council unable to meet quorum as the quarter nears its end. 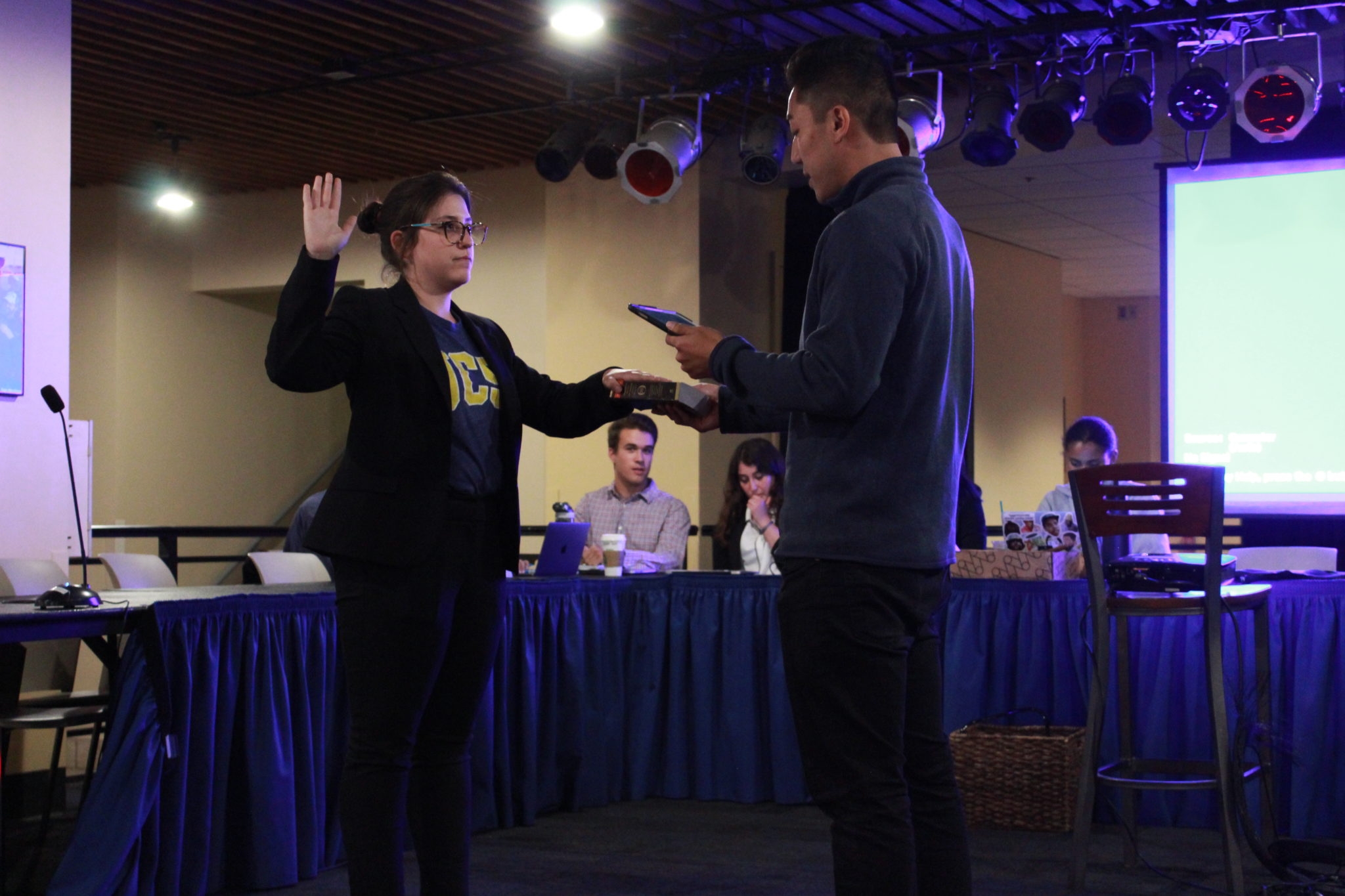 Kopel estimates she will present her nominations to the Associated Students (A.S.) Senate by the Week 9 Senate meeting.

The council needs at least three members to meet quorum. Currently only Raymond Alonso, a second-year history of public policy and political science double major, sits on the council.

The Nexus previously reported that Judicial Council has two active orders of business to address once it meets quorum: one reconsidering motion that could remove all Campus United senators and executives, including Kopel herself, due to campaign violation allegations, and another petition that could reinstate former External Vice President for Statewide Affairs (EVPSA)-elect Mayela Morales.

The EVPSA position remains empty after a special election that failed to meet the voter threshold after the deadline was extended three times.

However, senators raised questions about Nilsen’s ability to be impartial about the partisan nature of the petitions, as Nilsen was on UC Santa Barbara Mock Trial team along with Kopel during his freshman year.

At the Nov. 7 Senate meeting, Committee on Committees (COC) External Chair Jessica Gerwin told the Senate the COC had finalized their recommendations for Kopel and would send her the seven names by the end of the week.

Kopel said she received the names on Nov. 9 and so far has interviews set up with six of the seven candidates this week.

Once Kopel presents her appointments to the Senate, the Senate will have the opportunity to question the candidates about their qualifications and potential biases, a practice formally set in place by a resolution by Senators Yash Nagpal and Ricardo Uribe at the Oct. 10 Senate meeting.

“Obviously Judicial Council is an extremely important entity in Associated Students,” Kopel said. “I think that they will have ample time beginning at the end of fall quarter and throughout the rest of winter quarter and spring quarter to handle business that they haven’t been able to get to thus far in a readily fashion.”

Kopel herself will not be choosing the Judicial Council chair. As of now, Kopel says the new members of the council, once appointed, and Alonso will decide on a chair amongst themselves and then present their recommendation to Kopel.

If Kopel agrees, she will send their recommendation to the Senate.

A version of this article appeared on p. 3 of the Nov. 15 print edition of the Daily Nexus.