The Daily Nexus
News
Tri Delta To Suspend Operations at End of School Year
November 7, 2018 at 2:14 pm by Sanya Kamidi

UC Santa Barbara’s chapter of Delta Delta Delta will suspend its operations at the end of this school year, beginning June 14, 2019.

Informally known as Tri Delta, the Gamma Theta chapter has operated at UCSB for 31 years. 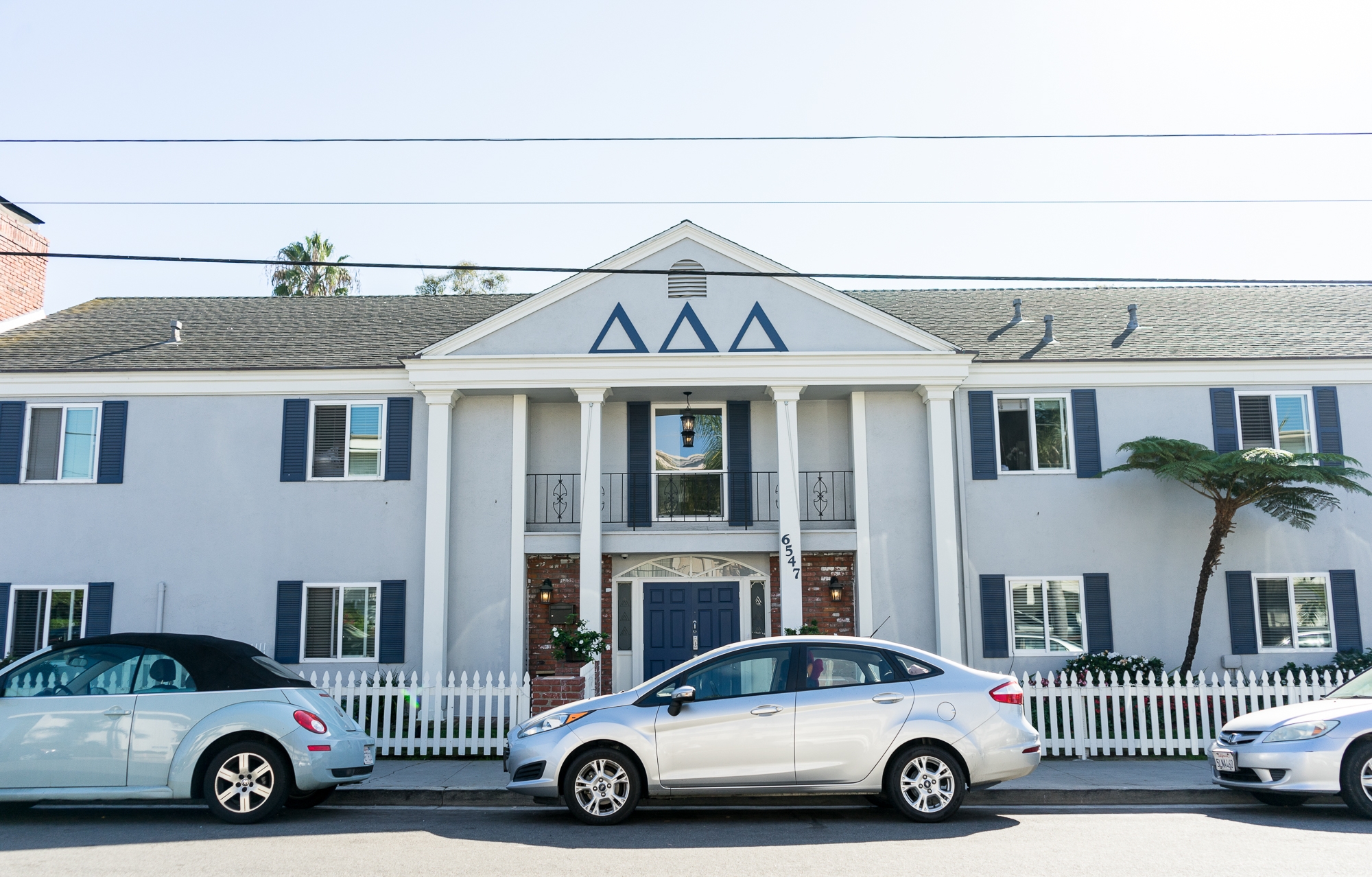 Tri Delta has been a chapter at UCSB for 31 years. Nick Song / Daily Nexus

“A great deal of care and consideration went into this difficult decision,” Tri Delta’s national president, Kimberlee Di Fede Sullivan, said in an email sent out to members of the sorority Friday morning.

“Ultimately, it was made by the Executive Board, in concert with Gamma Theta’s chapter volunteers and Executive Office staff, with heavy hearts for all involved.”

Sullivan cited a decline in membership numbers as the reason for shuttering operations.

“Despite the hard work and dedication of the chapter and the continual support of volunteers and staff, Gamma Theta has not achieved quota since 2012 and currently remains significantly below total,” Sullivan said.

According to the email, the suspension will last for a minimum of four years, but the chapter hopes to return “at a time that is mutually beneficial for Tri Delta and the university.”

New members will be offered the option of becoming a sister but would be an unaffiliated collegiate member – an alumnus of the sorority – after June 14, 2019. New members are also allowed to join another sorority at UCSB.

Tri Delta President Sarah Kinane did not respond to multiple requests for comment.

Updated [Nov. 7, 6:03 p.m.]: This article was updated to include information about Kinane.