The Daily Nexus
Film & TV
Jonah Hill Kickflips Into Our Hearts with ‘Mid90s’
November 7, 2018 at 8:35 pm by Kristina Valencia 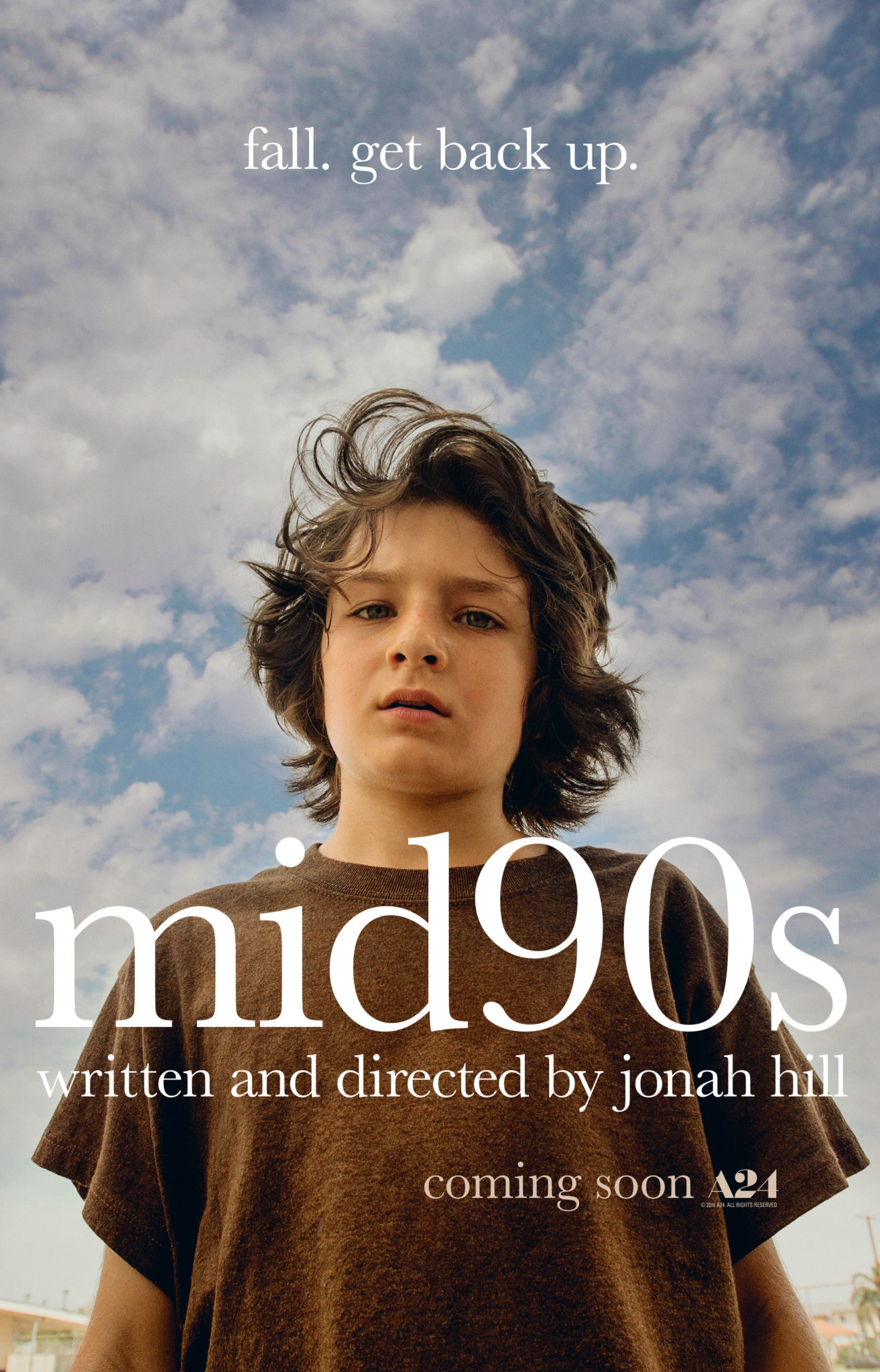 Before going to see “Mid90s,” I thought I had already reached my quota for watching and loving movies of the skateboard genre. I’ve already seen “Lords of Dogtown” and “Bones Brigade: An Autobiography” 50 times each — weren’t those the only ones that mattered? But as I left the theater a few days ago, I realized Jonah Hill’s directorial debut shone as an original skate film all on its own.

This film follows the life of Stevie (Sunny Suljic), a young boy who is struggling to belong in a world of abuse and neglect. One day, while biking around his hometown of Los Angeles, Stevie spots his destiny: the coolest boys he’s ever seen, skateboarding on the sidewalk. This group, comprised of Ray (Na-Kel Smith), Fuckshit (Olan Prenatt), Fourth Grade (Ryder McLaughlin) and Ruben (Gio Galicia) introduce a place for brotherhood and acceptance to Stevie, allowing him to blossom into a confident young man.

The component that really drove this film forward was Hill’s ability to cast a bonafide group of gritty teenagers rather than career actors who had never picked up a skateboard before. At only 13 years old, Sunny Suljic completely embodies the disposition of his character: innocent and promising. Ray, the leader of the group, is played by real-life professional skateboarder Na-Kel Smith, who often shows off his skills throughout the movie. By casting genuine boys like these, Hill was able to create a skate movie without any of the generic tricks and references that frequently plague the genre.

Although Stevie was the main character of “Mid90s,” Fuckshit, played by Olan Prenatt, stood apart from the others as the confident and witty jokester who provided comedic relief during the movie’s tense moments. Fuckshit’s presence in the film wasn’t a dominant one, yet he still managed to steal the spotlight anytime he was on screen. His performance was remarkable; the delivery of his lines was so natural it was almost hard to believe this was his first time acting. During a Q&A with the cast, Jonah Hill even described Prenatt as “one of the most explosively, funny, and charismatic people, so much so, that I forgot to even officially audition him.”

Besides the impressive acting in this film, Hill has also successfully managed to capture the ’90s aesthetic through his vintage style of filming. Unlike many modern movies, “Mid90s” is shot on film, not digitally, and is shown in the classic 4:3 aspect ratio. This subtle stylistic choice was the final push that separated “Mid90s” from anything else currently out in theaters, offering the viewer a unique watching experience.

The soundtrack was also wildly thoughtful. Though Hill chose to use popular ’90s artists like A Tribe Called Quest, Nirvana and Morrissey, he did this tastefully by including their lesser known songs rather than their big hits. In turn, this not only displayed Hill’s appreciation for ’90s music but also worked to make this nostalgic period piece feel more legitimate. Here’s a surprising fact: Because of the low budget on this film, Hill had to personally reach out to every music artist featured in the motion picture soundtrack to gain the rights to play their songs in his movie. “We didn’t have any money and the soundtrack is crazy,” he explained. “I had to write letters to all of my favorite artists … every song that’s in the film, I wrote the scene to have that song in it.”

However, I will say “Mid90s” is far from being perfect. I won’t give away any spoilers, but there are some very questionable scenes that, while I had expected to see them, almost felt too dark, too lengthy and too inappropriate in comparison to the spirit of the rest of the film.

The ending felt rather rushed and abrupt. Usually, movie endings offer some kind of resolution, and “Mid90s” was lacking just that. At only an hour and 24 minutes long, Hill could have added more to the plot in order to make the story overall feel more complete. But, since this is his first endeavor as both a writer and director, it’s hard to find too much fault in these shortcomings, especially when there are so many beautiful moments to focus on in the film.

Jonah Hill has plenty of room for improvement in his future projects, but this introduction of his into the world of writing and directing was especially commendable. Rather than showing us obnoxious skating and fashion trends for the sake of a retro aesthetic, Hill instead gave us a believable, relatable story with an extremely charismatic, lovable cast. I never would have thought the “Superbad” star would become this dedicated to the art of film, but I’m glad he did.