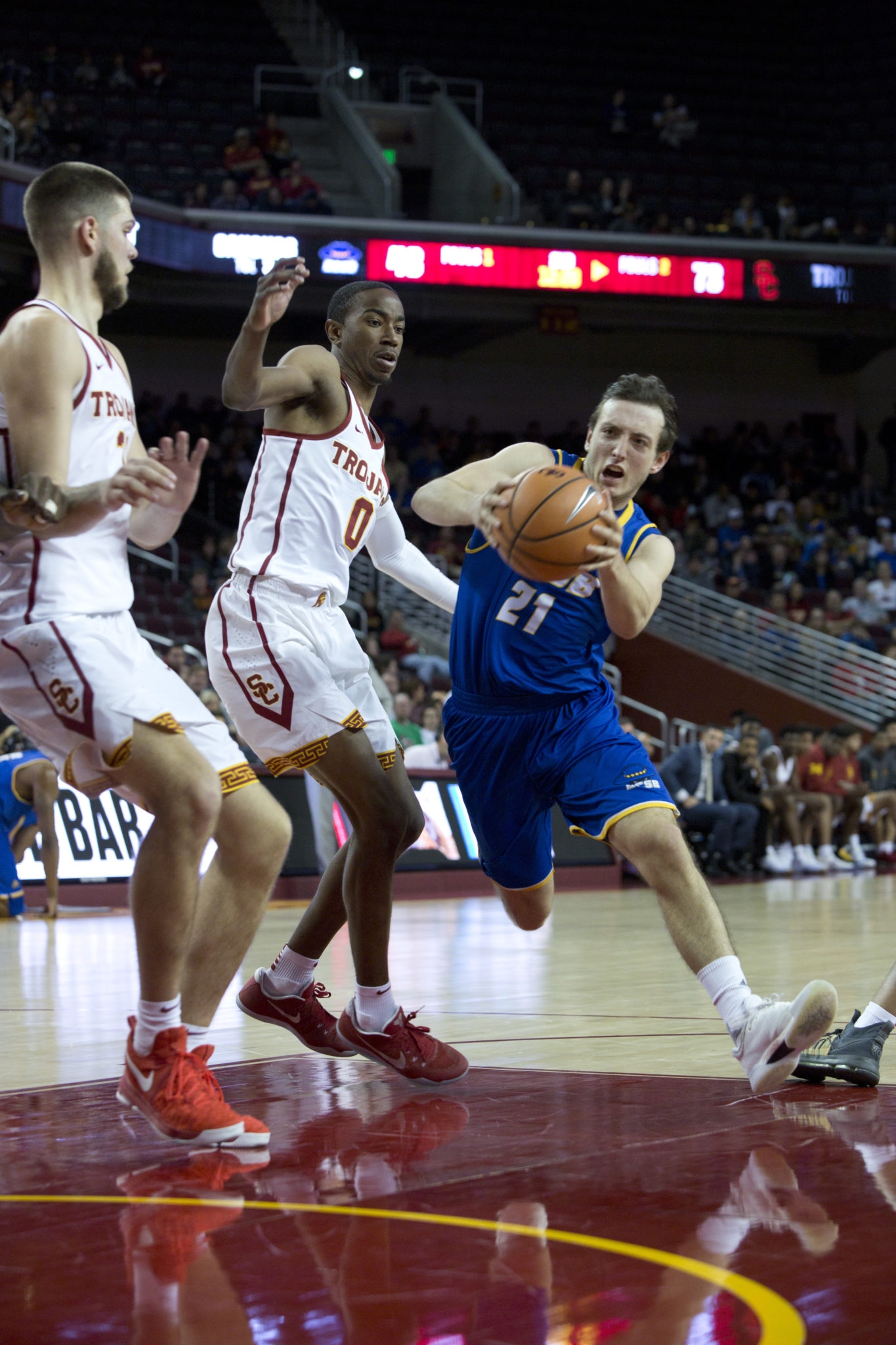 The wait is finally over and the sense of excitement among fans is tremendous, as the start of a new men’s basketball season is underway.

As with any new campaign, expectations are high for the Gauchos, and a win on the road would indicate improvement off of last year’s strong performance. Up first on UCSB’s calendar is a competitive Wyoming side, who picked up a win in their exhibition game against Colorado Christian University earlier this week.

Last season, UCSB put up a 23-9 overall record on the year, with a 12-2 home record, a 9-6 record when away and a 2-1 record at neutral sites. This impressive result landed the 2017-18 squad into the history books as it tied the team record for most games won in a single season.

The team’s conference record of 11-5 was also good enough for a second-place seeding in Big West standings. The Gauchos concluded this campaign with a postseason semifinal showing, as the team exited the Big West Tournament earlier than anticipated.

As for the Wyoming Cowboys, they finished with a 20-13 overall last season, during which they went 12-4 at home, 5-7 on the road and a neutral of 3-2. Their performance during conference play, however, wasn’t as compelling since their 10-8 record against Mountain West opponents placed them at a fifth-place seeding. Subsequently, Wyoming’s postseason aspirations ended in Game 2 exit after falling 75-85 to third-place New Mexico.

Historically speaking, the UCSB versus Wyoming matchup isn’t too common, but both programs are familiar with each other. The last time these two sides met was back in 2012’s regular season, during which UCSB fell 68-40. In terms of all-time series record, the Gauchos only trail the Cowboys by 2-4 and will look to chip away at that lead come game time.

There’s a lot to be excited about for this new men’s basketball team, as with the departure of last year’s familiar faces comes the introduction of new names to cheer on. The three prospective freshmen to keep track of this year are forwards Jay Nagle and Amadou Sow and guard Sékou Touré. Additionally, when you pair fresh talent with a veteran presence, you get a team led by junior guard Max Heidegger.

As the team’s forefront playmaker, Heidegger started all 32 games last year and earned a team-leading stat line of 19.1 points per game on a field goal percentage of 43.2 percent and three-point percentage of 40.4 percent.

For added context, his impressive season was at a record-breaking pace in four different columns, under the “Individual Single Season” category, as Heidegger found himself fifth in points scored (612), 10th in scoring average (19.1), fourth in field goals attempted (451) and first in three-point field goals (95).

Per these statistical breakdowns, the offense will move through Heidegger and he’ll once again complement the Gauchos with his scoring production. Heidegger was also recently named to the 2018-19 Big West Men’s Basketball Preseason All-Conference Team for his actions and expected impact on UCSB’s upcoming season.

In charge of it all from the sidelines is Joe Pasternack, head coach of the Gauchos. Pasternack will want to leave another lasting impression for his legacy this season, in his second year at UCSB, after also coming off an immense coaching job that set up his team’s historic 23-9 finish. His and his staff’s immediate impact helped reintroduce a winning culture to UCSB as he became the program’s “Most Successful First-Year Coach.”

Tipoff to the new men’s basketball season starts Tuesday night, Nov. 6, at 7 p.m., as Wyoming is set to host UCSB at the Arena-Auditorium in Laramie, Wyo.