Tomorrow, students have the chance to exercise their right to vote, a responsibility both UC Santa Barbara’s Campus Democrats and College Republicans have been advocating for over the past several months. 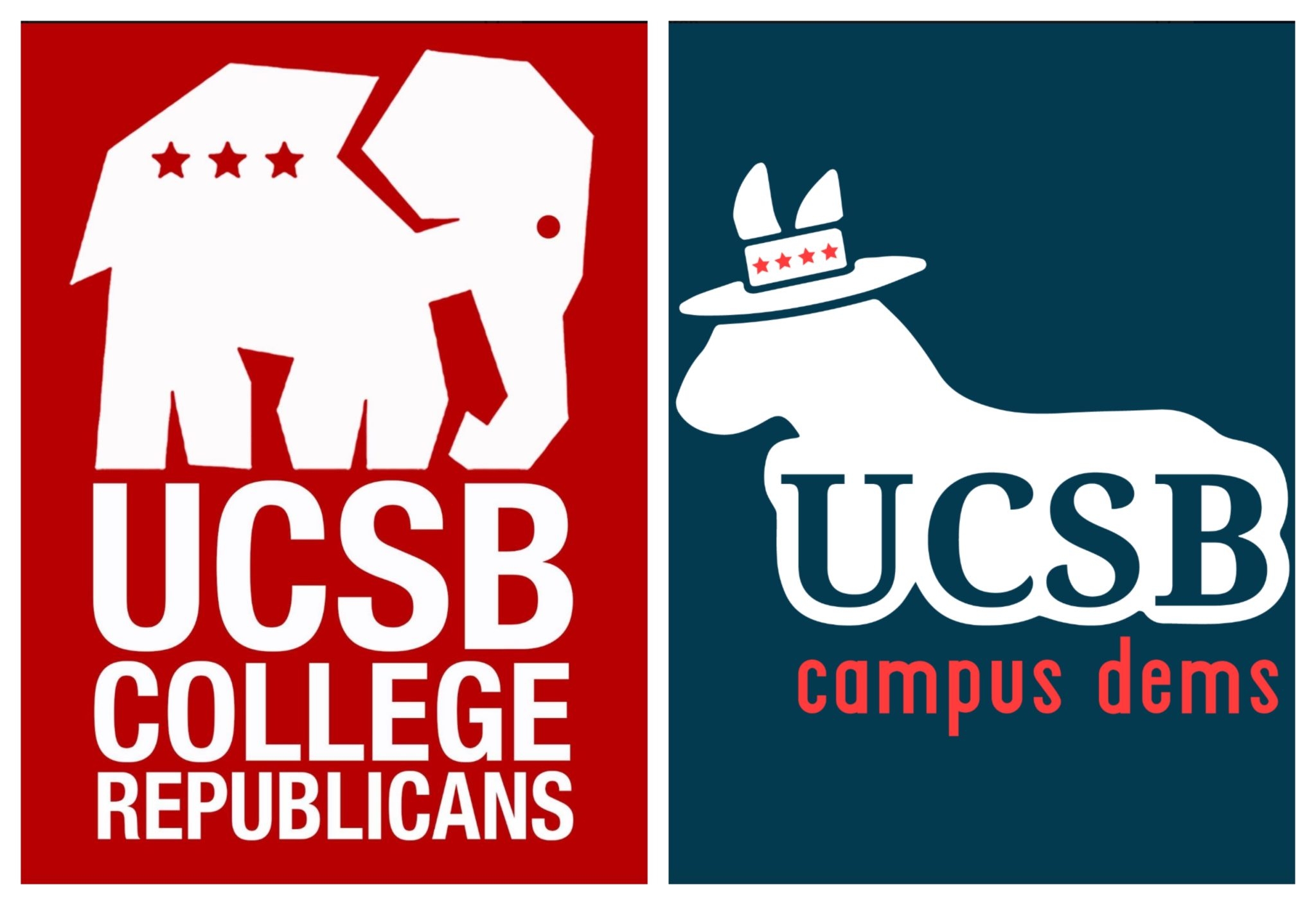 The two organizations have spent the past few months preparing for the midterm election. Courtesy of College Republicans, Campus Democrats respective Facebook pages

The two organizations took different approaches in preparing for the Nov. 6 election. Campus Democrats focused on registering voters and getting out the vote, while College Republicans created spaces for discussion and informed students of the issues.

Both groups have been actively canvassing for their respective endorsed candidates.

“Preparing for midterms is [about] maintaining that focus we’ve had since our beginning to educate young people about politics, politics locally, how they can get involved and why it’s important,” Khan, a third-year political science major, said.

Since January 2018, Khan said Campus Democrats has registered 9,513 voters in the Isla Vista and UCSB communities.

This includes the concentrated registration efforts during UCSB’s winter and spring quarters for the Measure R campaign.

Campus Democrats members tabled in the Arbor and the University Center almost every day from the beginning of the 2018-19 school year to register voters, Khan said.

They also had stations around campus and I.V. on Oct. 22, the last day to register.

“In the past, we’ve hosted events for people to watch the presidential debates and the Republican candidate debates,” Garcia, a fourth-year Middle East studies and political science double major, said.

“I think that the purpose of our [organization] is to create a space for discourse which isn’t really found on campus.”

In addition to open general meetings, College Republicans hold public forum events throughout the year, such as the event held in the Hub on Oct. 24.

The organization also holds speaking events and often dedicates large portions of time during those events for debate and questions.

“Becoming engaged in a space where you are capable and there is an opportunity for you to debate your positions, that really does tend to [make] people [want] to be more knowledgeable and more involved in the political sphere,” Garcia said.

In addition to creating spaces for students to discuss and learn more about politics, both organizations have been canvassing for candidates aligned with their respective views.

“One way that we have remained involved in the [upcoming] midterm elections is canvassing for Justin Fareed,” Garcia said.

Fareed is a Republican Congressional candidate in the 24th congressional district. The district is currently represented by Salud Carbajal, who is endorsed by the Campus Democrats.

The organization has been knocking on doors and speaking to voters in Goleta and Santa Maria leading up to the election.

“We’ve also gotten involved with the No On Prop 10 campaign, so we’ve been making phone calls for them about two or three times a week, about five of our members each time,” Garcia said.

California Proposition 10 would repeal the Costa-Hawkins Rental Housing Act, a state law enacted in 1995 that places limitations on the power of city governments to control rent.

Now that voter registration has ended, Campus Democrats has also doubled down on campaigning for local candidates and issues.

Campus Democrats “has been a volunteer for local Democratic campaigns” since its inception. The organization also has close ties with the campaigns of incumbent congressman Salud Carbajal and incumbent assemblywoman Monique Limón, according to Khan.

“It’s about emphasizing the importance of local politics and the power that we have here locally,” Khan said.

The organization has been canvassing for its slate of endorsed candidates as well as the passing of Measure G and California Proposition 10 by calling voters and going door-to-door in Santa Barbara, Isla Vista and Goleta.

“People get exposure to what it’s like [to work on] on a real political campaign,” Khan said.

Khan and Garcia both emphasized the importance of students exercising their right to vote.

Garcia highlighted the importance of educated and informed voting as a key mission of College Republicans.

She noted the influence of the political climate on conversations about the election with community members.

“I think the majority of students are left-leaning, but I don’t think they’re so left-leaning that they’re completely shut down to discourse,” Garcia said.

“In the past year or two, there have been a lot of situations on campuses where events are shut down and students are harassed or assaulted because they are putting their political opinions out there. I don’t think that’s a thing that really happens here at UCSB.”

She said she believes elections such as the midterms can be overwhelming for first-time voters and individuals new to the U.S. political sphere.

Campus Democrats also keeps the age of its intended audience in mind, and the organization’s main goal is “to educate and empower young people about politics,” according to Khan.

“For a lot of us, we are really new to politics so it’s a unique opportunity to have a very powerful voice and [change] something when you are brand new to it,” Khan said.

“There are not that many places in the country where young people’s votes are concentrated in an area and Isla Vista is one of those places. It makes a really big difference locally.”

The 2018 midterm elections are on Tuesday, Nov. 6. Local poll stations can be found here.

You mean the College Republicans with a Hispanic president and over half non-white membership, including myself? Yup, sure sounds like a white nationalist group to me. Your life must be rough being so delusional. Joke’s on you.