Last Saturday night, UCSB students came together dressed in Halloween costumes to enjoy the live performances of Young Thug and Social House. While the rest of Isla Vista was busy being policed for any pre-Halloween shenanigans, the Thunderdome offered a place of refuge for those who sought amusement as Young Thug headlined this year’s Delirium concert. Organized exclusively for UCSB by A.S. Program Board, the $5 concert was once again met with a successful turnout as the crowd and performers engaged together in this loud, drunken circus of a night.

Once inside the Thunderdome, the floor that is usually occupied by basketball players had been transformed into a general admission concert pit, filled with sweaty, shirtless frat boys, cat ears and devil horns galore. Dedicated fans could be seen enduring the heat and absence of personal space on the main floor while others lounged in the bleacher seats upstairs waiting for Young Thug. The crowd seemed to grow more excited as 9 p.m. rolled around, with unidentifiable puffs of smoke beginning to fill the air and costumed girls searching for strangers to take Instagram-worthy photos of themselves.

The opening act was Social House, a rap duo from Pittsburgh, Pa., comprised of members Charles “Scootie” Anderson and Michael “Mikey” Foster. Although this pair is relatively new to the music scene, they have already worked with and produced songs for artists like Ariana Grande and Jennifer Lopez, recently pivoting to create music of their own. 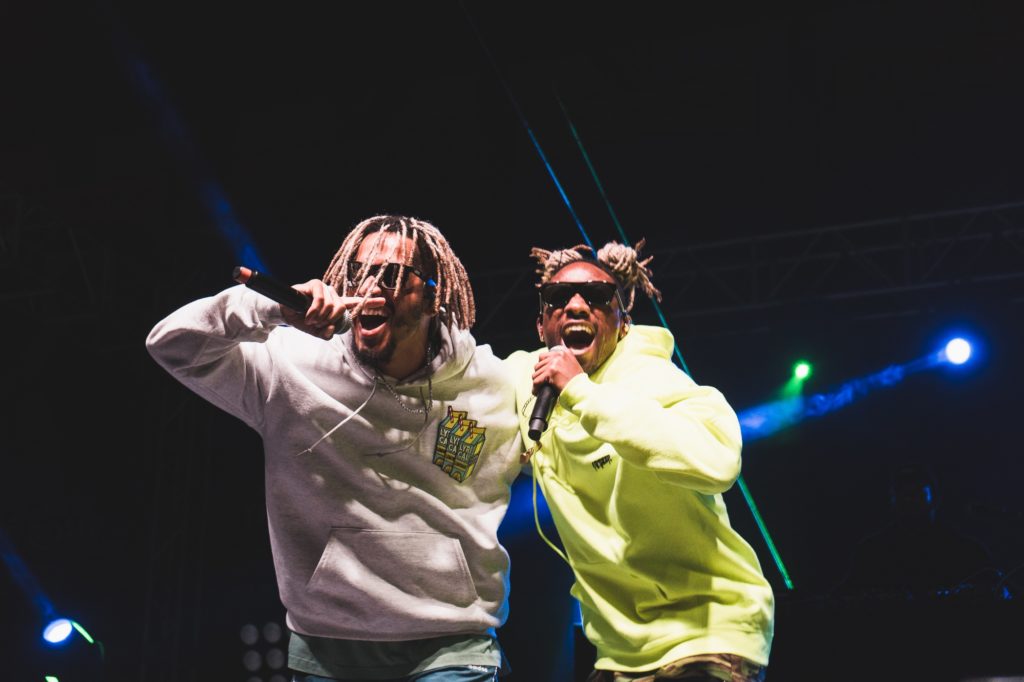 After the DJ enthralled the audience for the night’s upcoming performances, Social House made their debut on stage, sporting matching outfits of hoodies, track pants and sunglasses. Unlike some of their hip hop contemporaries, Social House has a rather mellow sound that was clearly reflected in the crowd’s demeanor.

At previous shows I’ve seen at the Thunderdome, several audience members had already been plucked out of the pit by security guards early on in the night, so it was interesting to not see that occur so soon this time. Observing a lack of chaos, Social House was quick to change that and stir up excitement by asking each side of the audience to scream louder than the other and by playing brand-new songs they had never performed live before.

Finally, at 10:37 p.m., Young Thug made his way onto the stage and was greeted with an uproar of clapping, whistling and shouts of cheer. Despite the boiling temperature inside, Thug was draped in bold fashion choices from head to toe: purple beanie, green sweater, black T-shirt, leather pants and neon green and pink high-top sneakers. 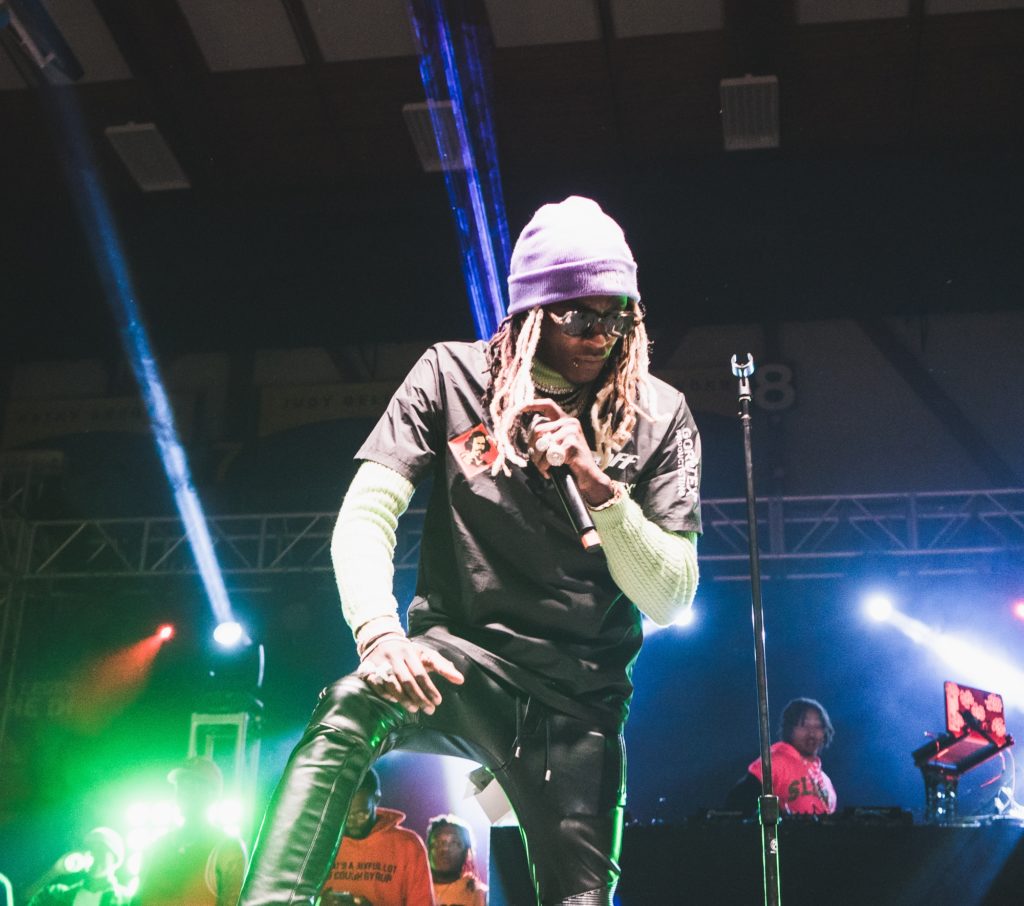 Opening with his song “On the Run,” Young Thug skipped on stage and began jumping in sync with the students in the crowd, fostering an atmosphere that invited everyone to let loose and dance. As the show progressed, the artist brought out a number of guests to the stage, including fellow rapper Duke, who is frequently featured in songs with Young Thug.

Toward the middle of the show, Thug climbed off stage and ran straight to the front row, directly center of the ocean of swaying, drunk Gauchos hoping to get a decent selfie with him. Despite the buckets of sweat that had now drenched every student in sight, Thug remained close to these fans for a couple minutes while he continued to rap, eventually being joined down on the floor by Duke.

In addition to “With That,” Thug performed a myriad of hits like “pick up the phone,” “Pull Up On A Kid,” “About The Money” and “Icey.” In the end, Thug concluded his set with the once popular song “Lifestyle,” which famously launched the artist into the public eye with its interestingly unclear lyrics.

Almost immediately after “Lifestyle” ended, Young Thug and his entourage left the stage and the main lights came back on, signaling that it was time to depart. Though the overall performances provided by both Social House and Young Thug were enough to keep concertgoers active and interested for most of the night, many seemed to be disappointed when the show ended after only 50 minutes of Thug’s rapping.

However, despite this somewhat quick ending, A.S. Program Board pulled through and succeeded yet again in another year of bringing Gauchos together during the harsh times of our annual Halloween lockdown.