Sweet is a professor within the UCSB Department of Ecology, Evolution, and Marine Biology (EEMB).

He said he has been barred from entering campus and was told he could not speak to anyone at UCSB.

“I got summoned up to Cheadle late on Friday afternoon a couple of days after my 70th birthday, with no advance notice of what it was about,” Sweet said in an email to the Nexus.

“I was handed two things: a formal charge alleging sexual harassment of a visiting undergraduate, and a letter placing me on paid leave indefinitely, effective immediately.” 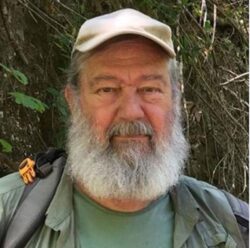 Sweet said he has been barred from entering campus. Courtesy of UCSB Faculty Page

Sweet’s leave of absence comes after a junior faculty member and an undergraduate summer trainee filed a complaint against him regarding an interaction in July of this year.

Sweet detailed the interaction and his difficulties dealing with the UCSB administration in a Facebook post on Oct. 13.

“A junior faculty member got a key to my locked graduate student office room and put one of his off-campus undergraduate summer trainees at the desk of one of my graduate students, displacing her private materials,” Sweet said in the Facebook post.

Sweet believed the issue was resolved at the time, but the administration presented a formal charge against him and suspended him approximately two and a half months later.

According to Sweet’s personal inquiry into the matter, the details of the complaint were not the same as Sweet’s understanding of the encounter.

Sweet was allegedly told that he “stalked” the female undergraduate trainee, “waited until she was alone” and “harassed and bullied her” before she fled, according to Sweet’s Facebook post.

“The allegation and all of its add-ons are just flat out false,” he said.

As of late October, Sweet is unable to access his on-campus office and teach classes.

In an updated Facebook post on Oct. 24, Sweet said one of his courses is canceled and the other is being taught by a grad student.

“I think this is an example of how hypersensitivity to sexual harassment can be used unfairly to try to settle scores,” Sweet said. “I don’t know what score is being settled here, but it is causing a lot of disruption, not simply to my good name.”

“I am aware that former students and scientific colleagues worldwide have reacted with incredulity… UCSB is getting a monstrous black eye over this.”

UCSB did not offer an official statement regarding Sweet’s case.

Sam Sweet is in the ecology dept, not Earth Science. It would’ve taken you 5 seconds to look that up instead of printing misleading material. Please correct.

Learn to read, They did not say he was IN the “earth Sciences” department. They said he was “earth science professor”

He IS a member of the Earth Research Institute”. Hence, he appears to be a professor of earth science4s.

5 seconds of rational thought might have clarified this for you. By any chance are you a member of the “earth sciences” (formerly geology) department. Might explain a lot.

Apologies for typos (below).

“I am aware that former students and scientific colleagues worldwide have reacted with incredulity… UCSB is getting a monstrous black eye over this.” Incredulity: the state of being unwilling or unable to believe something. Indeed, the story told by Prof. Sweet is unbelievable. Unbelievable that the University would place a Professor on leave with no warning for a single incident in which nothing at all happened! Unbelievable that he has email documentation of the support of his department chair, yet the University would tell him not to even appear on campus. Unbelievable, hmmm…

Right??? Considering the fact that most similarly-aged professors are able to retire from the University without issues (and even with some celebratory fanfare), it makes you question his story.

?? That has zero relevance. nada, none.

Given the three cases involving students where the courts recently gave UCSB spankings for failing to investigate prior to acting, I’d say the professor’s statement has validity. It appears due process doesn’t exist at UCSB.

What cases are these?

Pretty different rules for students vs. teachers, so that isn’t exactly comparable on that level either…and i don’t see anything online for any other cases except this one student, either.

Law of Suspects. There will soon be a guillotine in Storke Plaza.

Welcome to UCSB! The land where “due process” is merely a dream and not the expectation. It sounds like someone needed a promotion and there will be NO accountability. The legal counsel should be embarrassed and investigated so that other abuses of power do not persist. The California Bar and other entities will be investigating these misconduct issues (ethical and policy violations) with any luck. These are tax dollars and tuition increases being wasted along with careers and reputations due to incompetence and fraud.

Dr. Sam Sweet is well respected in this town and has never had a case of sexual harassment. He is one of the few faculty at UCSB who interacts with the local community and shares his work with non-academics. Now, one questionable accusation and UCSB simply disregards due process: guilty until proven the contrary. This is not the way to treat an employee of 4 decades. I hope Dr. Sweet clears his name and finds the strength to continue his work at UCSB, after a big apology. An office space altercation is not the same as sexual harassment. The “Me… Read more »

I don’t know how well respected he is…. others think he is a bully. In my experience he’s a very angry person. Angry at his job for sure. Sounds like it boiled over and he scared some poor student.

This does all seem fairly familiar sounding. If UCSB and the accusers can’t substantiate their claims, ideally publicly now, then what recourse does this professor have? Why the suspicious delay in response from the admins and the apparent change of tale and interpretation? Seems odd to me. This professor should seek an attorney specializing in labor relations. Looking forward to UCSB’s formal and substantiated counter telling of the event. I’m sure the administration wouldn’t just leave a fundamental matter like this unresolved and just hope it’ll go away.

Err, no
Reply to  Anonymous

UCSB has rules, and they are being followed. They are all available online for all to see: Google “academic personnel UCSB”. Quoting: “An appointee may be placed on immediate investigatory leave with pay, without prior written notice, for the purpose of reviewing or investigating charges of misconduct or dereliction of duty, which, in the judgment of the Chancellor, or Associate Vice Chancellor for Academic Personnel, require removing the appointee from University premises. Such investigatory leave must be approved by the Associate Vice Chancellor for Academic Personnel and confirmed in writing after it is instituted.” They aren’t talking about the charges… Read more »

been there
Reply to  Err, no

Maybe that procedure is only for “Non-Senate” faculty. Maybe it is exclusively Chancellor Yang who puts Senate faculty on investigatory leave… maybe it is hard to imagine Yang putting Sweet on leave without a pretty good reason. Maybe Prof. Sweet is formally in both Earth Science (as an affiliate) and EEMB (primary department). Maybe the UCSB Division of the Academic Senate’s Committee and Privilege and Tenure can here a grievance from Prof. Sweet, if he has filed one, and on an expedited basis. Maybe a Nexus reporter could ask Prof. Sweet if he has done so… that Committee administers due… Read more »

Anonymous
Reply to  Err, no

UCSB may grant itself an unusual amount of space to conduct an investigation. Sooner or later they will need to substantiate their story with very firm evidence, beyond mutually contradictory first person accounts. The longer this takes, the less one can weight first persona accounts alone. If Dr. Sweet has the e-mail exchanges that he claims then a talented attorney will be able to leverage a great deal given California’s wrongful termination laws and the tenure parameters outlined by the UC. Even in cases where faculty have apparently committed serious crimes, talented representation can leverage tenure to great effect. Firing… Read more »

Yes, you are nailing it here “Actual IV Resident”. Good to see some sanity in the comments section for a change.

Looks like the “junior faculty member” is commenting on this board as “err, no” and “eyeroll.” This guy is really a prick out to ruin a good man’s reputation. Maybe the University should be transparent about what Sweet is accused of, instead of hiding behind “personnel matter” like a corporation would.

Do you really think Chancellor Yang, who decides whether or not to implement the investigatory leave, would not consider the motives of the junior faculty member? The University’s legal responsibility for transparency is to Prof. Sweet, and this article doesn’t give a clue as to whether received all the proper written documents including an estimate as to when the case would be resolved. Were the University to release any report or comment at all about this matter, Prof. Sweet would be legally justified to sue the University for that, and the University would lose. University “transparency” to the news media… Read more »

sorry but this is complete bullshit. There is no illegality involved in discussing or making a statement on such an investigation. No state or federal law prohibits anything like this either for public or private employers. Lawsuits are another matter of course but the secrecy is not going to help them there either.

About time karma got him! This guy was such a disrespectful, derogatory jerk to staff members, he should have been fired years ago! But nooooo…it doesn’t matter if staff are mistreated on campus, because he’s faculty and has tenure! Good riddance!

Agreed, I know him well and he is a bully. I have no doubt that it played out exactly as described. May justice be served.

Not only staff, I have seen him on more than one occasion in public acting like the jerk you describe