The Daily Nexus
Water Polo
Gauchos Head to Irvine for Final Road Game
November 1, 2018 at 5:10 am by Richard Benites 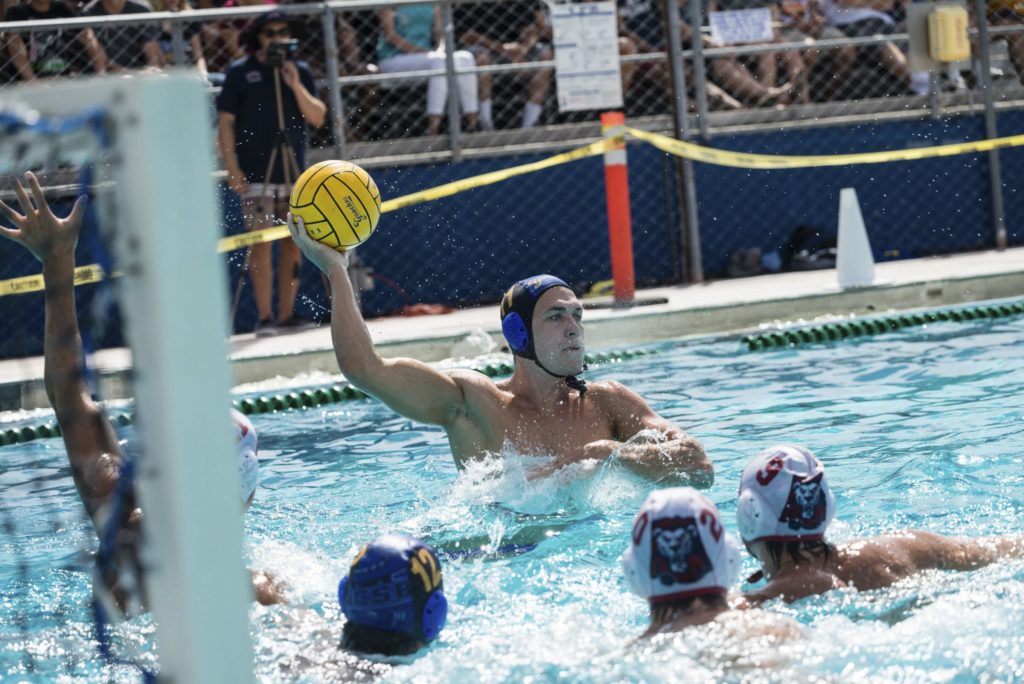 The Gauchos are looking to start off the month of November in proper form as the men’s water polo team will face UC Irvine for its first encounter of the year. Currently second in the Golden Coast Conference with a record of 2-1, this matchup will be crucial for UCSB to have any chance to make that year’s end push for the top spot in the conference standings.

UCSB will look to retain its form for the remainder of the regular season, as the team recently came off an 11-7 victory against GCC opponent Long Beach State.

Throughout all the exhibitions, tournament play and conference matchups, the Gauchos finished with a fair 5-3 record against a strong October schedule. On the year, UCSB is at a combined overall of 17-8, with a 2-3 away record; this is enough to place the Gauchos within the top five programs in the nation, according to NCAA Men’s Water Polo rankings.

As for the UC Irvine Anteaters, they’ll want to find their rhythm fast, as they’re fresh off a 10-16 loss to No. 2 Stanford. Their recent stretch of matches didn’t go quite so well either, as the Anteaters’ finished 3-5 during their campaign in October. Overall on the year, UC Irvine finds itself at 8-11, with a 2-3 home record — enough for polls to slot it in as a top 15 program in NCAA rankings. Its GCC record also reflects its subpar showing, as the team is fourth in the conference at 1-2.

Historically speaking, this lackluster season for UC Irvine isn’t very common at all. In terms of all-time series, the Gauchos have usually been on the other end of things as they trail the Anteaters by a staggering 47-104. Last year, UCSB faced UC Irvine a total of four times and opened up the regular-season play with a clutch 14-12 win in overtime. However, the rest of last season didn’t follow suit, as the Gauchos dropped the remaining three matches against the Anteaters. There will be no love lost in this upcoming competition, as the Gauchos will try their best to flip the script and continue their fine form with a win over their UC and GCC opponents to the south.

Boris Jovanovic is still the man of the hour for the Gauchos, as the senior driver simply just can’t stop scoring.
Coming off another impressive showing, after netting four goals last week against Long Beach State, Jovanovic has a team-leading 71 goals on the season; the next closest in goal count would be junior utility Ivan Gvozdanovic with 42, who additionally leads the team in assists with 21 for the year.

Jovanovic is also on our radar for his record-breaking scoring pace, as he most recently broke into the single-season column; his 71 goals is enough to have him tied for eighth all-time for the Gauchos, first being Benjamin Gage’s total of 91 back in 1970.
With a couple of regular-season matches left on the calendar, and not to mention postseason on the horizon, this is a storyline fans will want to follow very closely.

On UCI’s side, sophomore utility Jason Evezard is the clear-cut standout as he currently leads in both combined goals and assists.
Obviously the heart of UC Irvine’s offense, Evezard’s single game high in scoring was seven versus Loyola Marymount University just a few weeks ago. It’ll be wise for the Gaucho defense to plan accordingly against Evezard’s productive prowess.

The Gauchos will head down to UC Irvine this Friday, Nov. 2, as the game is set to start at 7 p.m. sharp.