UCPath, the system responsible for payroll of UC Santa Barbara’s employees, has created an abundance of problems since its implementation due to students not being paid on time.

UCSB began transitioning to UCPath this year in hopes of providing a more streamlined approach to paying student workers, according to the UCPath website. 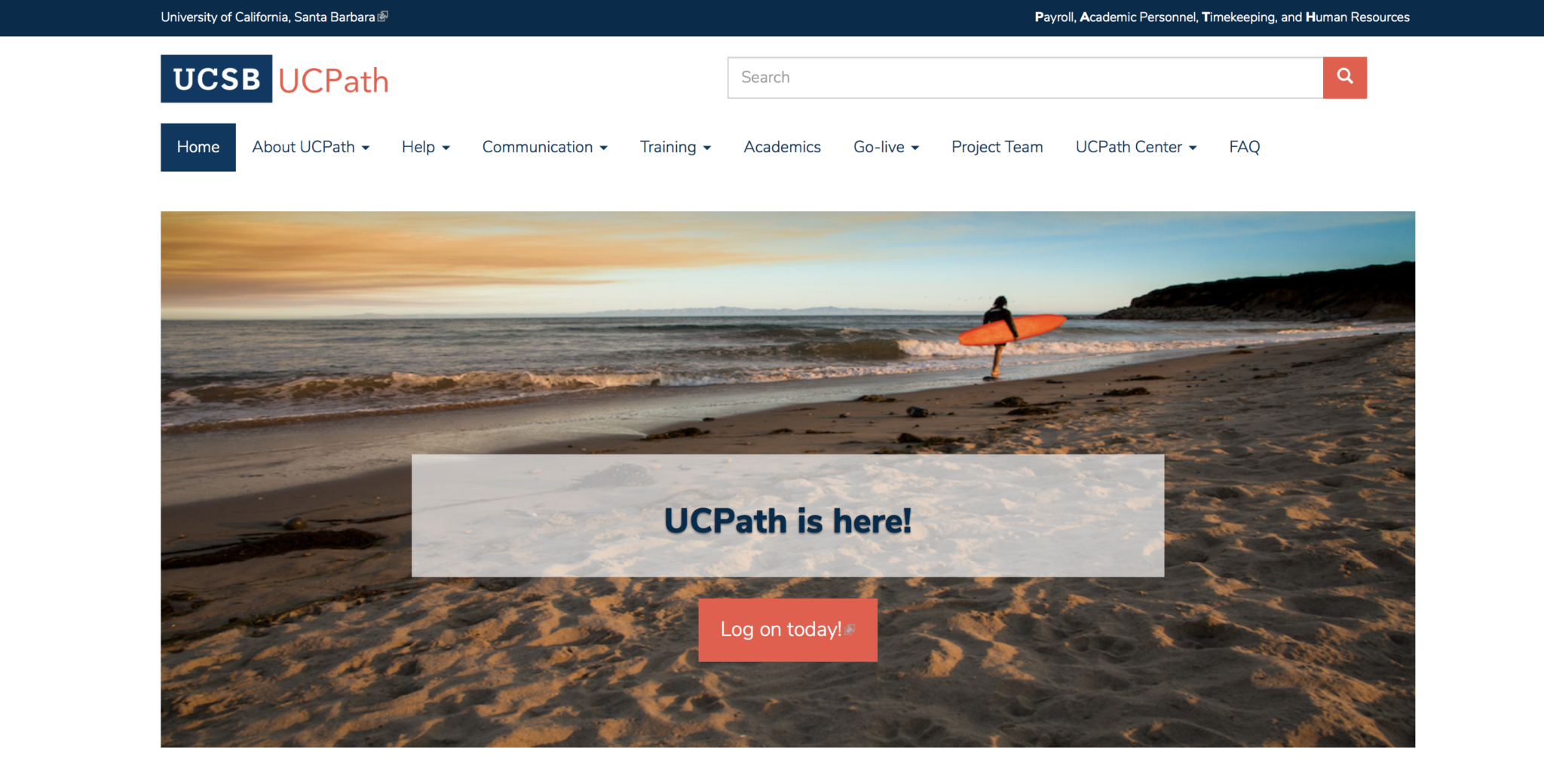 The UCPath malfunction has also affected undergraduate students who work within the school as tutors or readers. Courtesy of the UCPath Website

The students’ delayed paychecks have caused a domino effect that has left them unable to enroll in classes, pay rent or receive their student benefits.

The defaulted payments have also caused students to be unable to register as academic student employees or graduate student researchers, according to Head Steward of the United Auto Worker (UAW) local 2865, Andrew Elrod.

When class and tuition fees remain unpaid, students face being dropped from their classes and losing benefits such as parking and bus passes, said Avi McClelland, one of the UAW 2865 Head Stewards.

UAW 2865 is the union responsible for representing student workers on the UCSB campus.

Students who were originally supposed to be teaching assistants have faced delays in changing their titles, leaving instructors unable to access course management platforms. Their students, in turn, are unable to access several tools, McClelland said.

Elrod said there is a “variety of benefits” that employees get, but the lack of registration has resulted in them not receiving the benefits to which they are entitled.

The UAW 2865 and Graduate Student Association (GSA) have been working together in an attempt to help students avoid losing benefits and payment for their work.

“We’ve written up a collective survey together that we’ve been circulating on our list serves, sending to our department reps in GSA on Facebook, trying to get as many graduate students as possible who are having issues to respond to it,” GSA President Cierra Sorin said.

“[Student workers] should also recognize that the only way to speak to the university as an equal would be through… [a] collective response,” Elrod said.

The UCPath malfunction has also affected undergraduate students who work within the school as tutors or readers, according to Daniel Lazar, one of the UAW 2865 Head Stewards.

The union stated that they are working closely with the GSA to make sure students do not feel as though they are isolated and to make sure the university upholds their end of the contract.

The larger issue is whether students will band together to bring attention to the issue, Elrod said.

Lazar also expressed frustration over the university’s lack of quick and detailed responses.

“They’ve just been stonewalling and haven’t responded. I’ve actually gotten contradictory information about the causes of the error… It’s clearly a university-wide problem, and there hasn’t been a university-wide response to it,” he said.

The Union objected to the transition to UCPath from the start because these issues had already occurred at other universities last year. Despite this, the university proceeded with the transition, McClelland said.

If the issues are not resolved soon, UCPath members will not receive their October paychecks, leaving students unsure of their ability to pay rent, according to McClelland.

A version of the article appeared on p.6 of the Oct. 25 print edition of the Daily Nexus.

This is a one sided story.