The Daily Nexus
Opinion
The Definition of Virginity is Unqueer
October 25, 2018 at 7:33 pm by Anabel Costa

Everyone likes to talk about sex, and growing up, virginity always seemed to take the spotlight. Sleepovers are riddled with questions like, “When will I lose my virginity?” or, “How did you lose your virginity?” These questions always plagued me, yet at the same time, they brought immense curiosity. As a queer woman, I have a lot of confusion and frustration with the word itself. Over time I’ve come to realize that virginity doesn’t even exist; by definition, it refers to the first time someone has sex, but sex can mean different things to different people.

On the occasions that I have found myself in a circle of friends, talking about virginity or how we lost it, more than one of the stories always seem to end with some statement like, “It went in and out like three times and then we were done.” Now, there is nothing wrong with this, and if both members felt like it was sex, then it was, because sex should be defined by the individuals.

My issues with this only come in when queer women who have had sex with other women are considered virgins simply because they’ve never been penetrated. My girlfriend has been called a virgin by our friends because they don’t readily accept what we do as sex. So if my intimate experiences with my girlfriend are not sex, then neither is your “in and out three times on the fourth floor of the library.” Ultimately, sex is culturally defined by the presence of a penis, or at least some form of penetration, and this is just wrong. 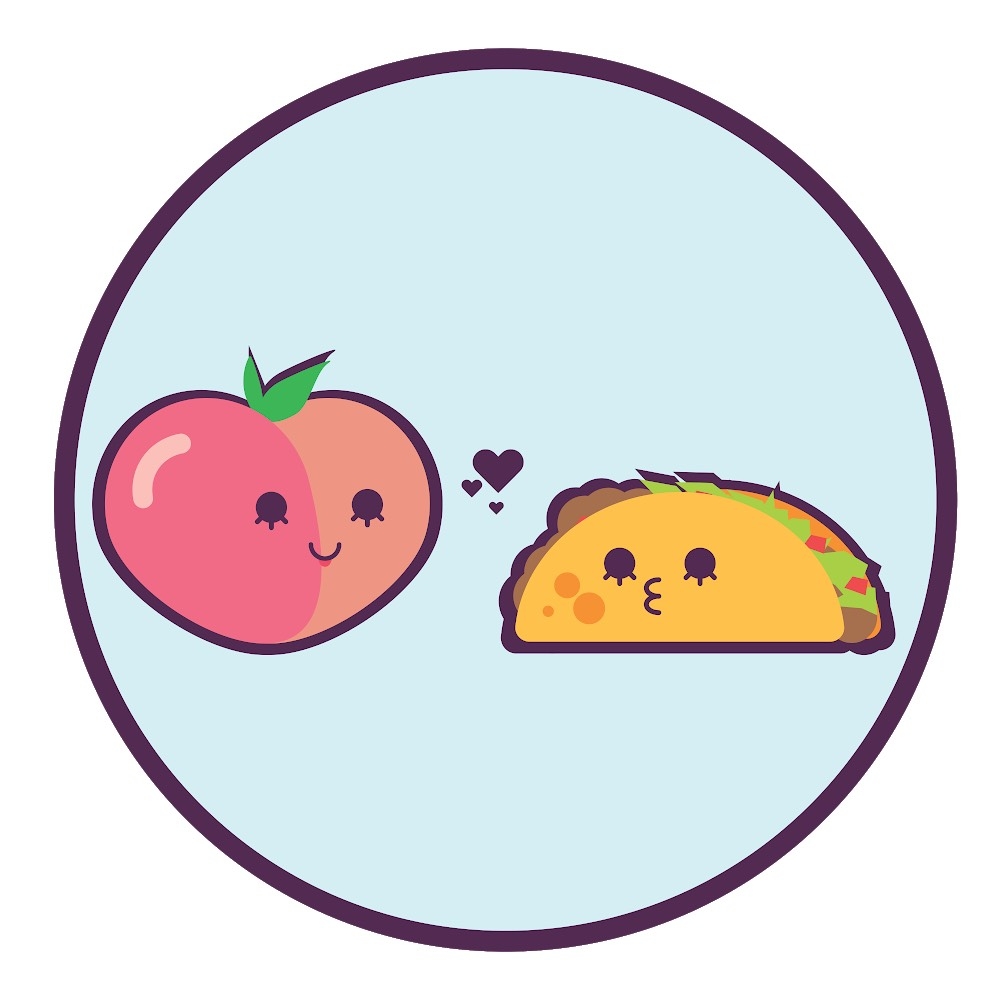 This cultural definition makes the task of navigating the world as a queer person that much more confusing, especially for cis women having sex with other cis women. We often miss out on having those stories about our “first time,” because no one ever talks about what that would even look like. One of the things I heard about while I was growing up was “scissoring,” and I thought, “So, are we just supposed to smash our labia together until we both come in one simultaneous moment of bliss?” No, young Anabel, nobody does that. The next thing you might learn is that lesbians lose their virginity when they are eaten out. This sounds great, except men can eat out girls as well, so why are straight women who have only been eaten out still considered virgins?

It’s almost as if we’re agreeing that gay women really only get half the experience that straight women get, and as someone who has had sex with both men and women, that just doesn’t feel like the truth.

So what’s next? The strap-on. If you have just been fucked with a strap-on for the first time, most people would argue you have lost your virginity. But what about the person who wore it? I doubt that many people would consider that a loss of virginity for the giver. Truth be told, I don’t know how queer women lose their virginity with the cultural definition we currently hold, and that’s why the definition must change.

If my intimate experiences with my girlfriend are not sex, then neither is your “in and out three times on the fourth floor of the library.”

I stated earlier that losing your virginity is defined by the first time a person has sex. This implies that in order to understand what that means, we must first decide what it means to have sex. My definition of sex is that it must be a consensual, intimate, vulnerable and, of course, sexual act. That’s it.

Many of my straight friends, after having sex for the first time, reported that they didn’t feel any different. I myself reported the same thing after having sex with a man. This is probably because we had already had milestone-like experiences that were consensual, intimate, vulnerable and sexual that did make us feel different or changed. At least, I know this is the case for myself.

Whatever your moment is, the point is that it doesn’t matter. Sex is whatever it feels like it should be to you and your partner. Plus, virginity is made up anyway, so who really cares?

Anabel Costa wants Gauchos to define their own intimate experiences as they see fit.

Anabel Costa
Anabel Costa is an Opinion staff writer. In her spare time you can find her mastering the art of Google Docs and bringing her own containers of salsa to Freebirds.
26 Comments
Inline Feedbacks
View all comments

virginity is a pre-queer concept

You people are so ridiculously obsessed with sex that you actually make sex sound boring.

Is this what passes as thoughtful commentary at UCSB? So in the 20-something years of your life experience, you have concluded that there’s no such thing as virginity? American society is so privileged to have been finally set straight on this idea – and from someone with sooooooooo little life experience. Your family should be proud…

Not only are we proud of Anabel, but personally have never been more proud of the family that I married into for raising such an amazing and talented women.

So pithy. You’re a credit to your institution and the education you’re demonstrating. ;)

Love this piece so much! Means a lot as a queer woman to hear someone having a similar experience.

Plus, virginity is made up anyway, so who really cares?” Obviously you do, since you took time out of your life to write about it. All you have accomplished is to show future employers your lack of critical thinking skills. Just because people have different definitions of “sex” does not mean that “virginity” does not exist. It simply means that it can be measured in different ways, based on different criteria. Also, if something becomes irrelevant and unworthy fo consideration because it is “made up,” then every line of your op-ed should be ignored, because you made it all up.… Read more »

Proof positive that the California Education System has failed miserably.

This is amazing and incredibly written. Even as a straight woman, I agree with everything Miss Costa has written. My favorite moment of the piece was “I would say I lost my virginity the first time my girlfriend saw me naked and I felt my most vulnerable — but also my most beautiful.” So amazing.
I can’t wait to read more of her articles, especially if they’re going to be as powerful as this one.

What an amazing and insightful article! I relate to it so much. This has bothered me for so long but I never had the words or courage to express it, but you just did all the work for me!

What no one will mention about virginity in women are these truths: 1) women lose the ability to bond to anyone longterm to the extent that they have had previous sexual partners. Women with no past have over an 80% chance of making a marriage last 10 years, while the 15+ previous partner crowd are under 20%. Do a search by “Teachman women partners divorce risk”, and look at any result that shows a graph with light green vertical bars, if you want to know more about this. 2) Then, there’s the telegony issue. Women take in and keep DNA… Read more »

this nigga said dna goes to the brain

reading this comment made me want to become a lesbian

There is so much stupid to unpack here I literally don’t n ow where to start.

As an atheist, reading this article makes me consider becoming a christian.

When this writer is about 60 she will look at the post-post-modern gibberish published in the student newspapers of the future, bereft of clarity and common sense, and know how her readers felt about her “writing.”

If you don’t like it then make up your own terminology, but we don’t have to redefine millennia-old concepts just because they don’t cater to you personally. That is the epitome of entitlement.

What a beautiful piece. Screw the haters.

you guys are a bunch of partisan hacks

I’m sorry that you feel left out. It seems to bother you, that you’re technically still a virgin. You’re neglecting key elements of virginity. There’s a point of no return. You can “lose” your virginity only once. There’s a before and after. It marks a transition from childhood to adulthood. Most people have a clear sense when it is too early to loose your virginity, because consent requires a certain age and maturity. For heterosexuals of both sexes this point of no return is objectively defined by a physical threshold. Once a woman’s vagina has contained a man’s penis, she’s… Read more »

Hello, this is a lovely article! <3

Sex is for pro-creation, the rest might be fun but irrelevant.

Virginity is critical for a worthy woman. Womens vagina adapts to one D. After 2+ her vagina walls break down. Most women struggling doing kegels trying to be normal again. Furthermore women unlike men, deteriorate with each new partner bc she absorbs his semen dna. She changes to adapt pairbond and please him.after 2+ she cannot pairbond nor produce oxytocin, an antipyschotic for women. So loose vag not molded to your D, psycho, and pairbonded tp other multiple men already doesn’t leave room for any relationships except pump n dump prostitution.