The Daily Nexus
Music
SG Lewis Makes His Return to SB With an Arsenal of New Sounds
October 25, 2018 at 6:40 pm by Austin Fauni 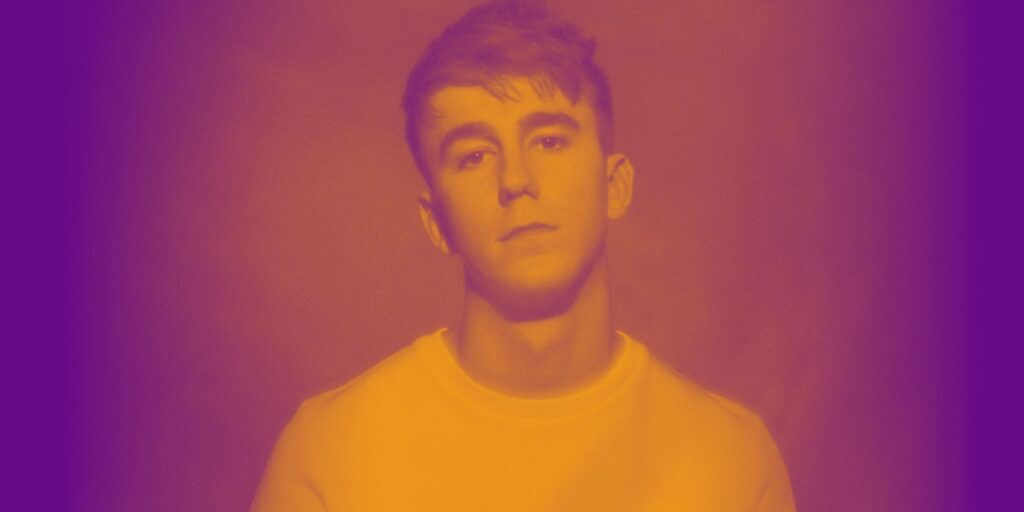 It’s only been about a year since U.K.-based DJ, producer and singer-songwriter Sam Lewis, a.k.a. SG Lewis, first debuted in Santa Barbara with a DJ set in The Hub. Last Wednesday night marked his return, although this time the 24-year-old performed a brand new live show and brought an arsenal of new tunes with him, showcasing just how far his music has progressed in a single year.

The show was set against dark brick walls that define SOhO Restaurant & Music Club’s industrial interior in downtown Santa Barbara. On stage was a basic five-piece band setup that sat atop a large, intricately designed carpet, dimly lit by a chilling mixture of blue and green lights. It was an effortless and simple design, but alluring nonetheless — one that spoke well to Lewis’s style of electronic music.

Walking inside the venue, I noticed that the initial energy and excitement for Lewis’s show seemed lacking. For nearly an hour, people lingered between aRod’s opening set and the bar, although most hovered around the bar until right before Lewis’s performance. Perhaps the Wednesday night drink specials distracted from the usual pre-show excitement but, regardless, as soon as the lights shut off and the infectious build-up of “Coming Up” started playing, the energy flipped.

“Coming Up” was one of two singles released from Lewis’s Dusk EP, which came out earlier this year in April. The EP is the first component of Lewis’s much-anticipated debut album, Dusk, Dark, Dawn, a three-part, 18-track series with each part being set to release separately.

Inspired by Lewis’s history and fascination with U.K. club culture, each part of the album attempts to relay the distinctive moods, sounds and energies that make up different phases of a typical night out. First come the feelings of anticipation and excitement for what’s to come, then the sort of high-energy peak felt at the top of the night and, finally, the downtempo comedown that follows that energy.

Lewis’s show last week served as an introductory experience to the musical expression of synergy between every different phase of a night out. Even on a Wednesday night, by curating a set that sonically builds, peaks and subsequently comes back down, Lewisb guided audience members through the exact journey of emotion and energy that inspired his upcoming album.

Transitioning from “Coming Up” into some of his upbeat tracks like “All Night” and “Better” (featuring rising electropop star Clairo) solidified the vibe of the first phase. As more people crowded closer to the stage, it was evident that excitement was rising as each song played. Needless to say, the previously off-putting atmosphere that filled the club no longer existed in the presence of Lewis, who was accompanied by two other instrumentalists and a captivating duo of vocalists.

Then, songs with heavier overtones like “Times We had” and “Smart Aleck Kill” furthered the crowd’s excitement and brought them closer to the peak energy level that Lewis likely wanted. In order to maintain that level of enthusiasm, he dropped his most recent banger, “Hurting,” with fellow Brit AlunaGeorge. At this point in the night, the room was noticeably hotter, people were sweatier and the crowd was moving more groovily than ever.

But, a return to the slow magic of Lewis’s signature sound was what truly tied this whole sonic experience together. Lewis’s sound is deeply mellow and introspective. It’s moody, minimal and full of synth — but also commanding and strong.

His style differentiates him from the higher BPMs usually associated with EDM and, even more so, from the headbanging trap, bumpy house and tiring future bass that currently dominates most electronic scenes. However, he has proved that this does not make his music any less danceable or invigorating. In fact, it’s what landed him alongside U.K. powerhouse names like Disclosure and Jessie Ware at PMR Records in the first place.

What is so interesting about Lewis’s show and his latest project is how definitive it is of his multifaceted musicality. His ability to pull from a multitude of influences — whether it be disco, East Coast hip-hop, R&B or indie — and still maintain the cool and calm composure which characterizes his niche in electronic music is fascinating.

Ending with “Warm,” a slow-burning tune he impressively sang himself, and an encore comprised of both an unreleased track and “Yours,” Lewis truly encapsulated the crowd in the sort of sentiments that define the end of a night out — bittersweet and empty, but also a longing for the peak’s sweet return.

Lewis has proven his ability to master a myriad of sounds, and if Wednesday night was any indicator of how effective his forthcoming album will be in telling the narrative he intends, I am positive he will be successful.