The Daily Nexus
News
Doubling Down on De-tripling in San Nicolas
October 25, 2018 at 12:42 am by Katherine Swartz and Isabell Liu

Residence hall maintenance workers removed abandoned beds, dressers and desks from 33 rooms on Oct. 16 and 17, inconveniencing some students who either preferred triples or are unable to afford the cost of a double. 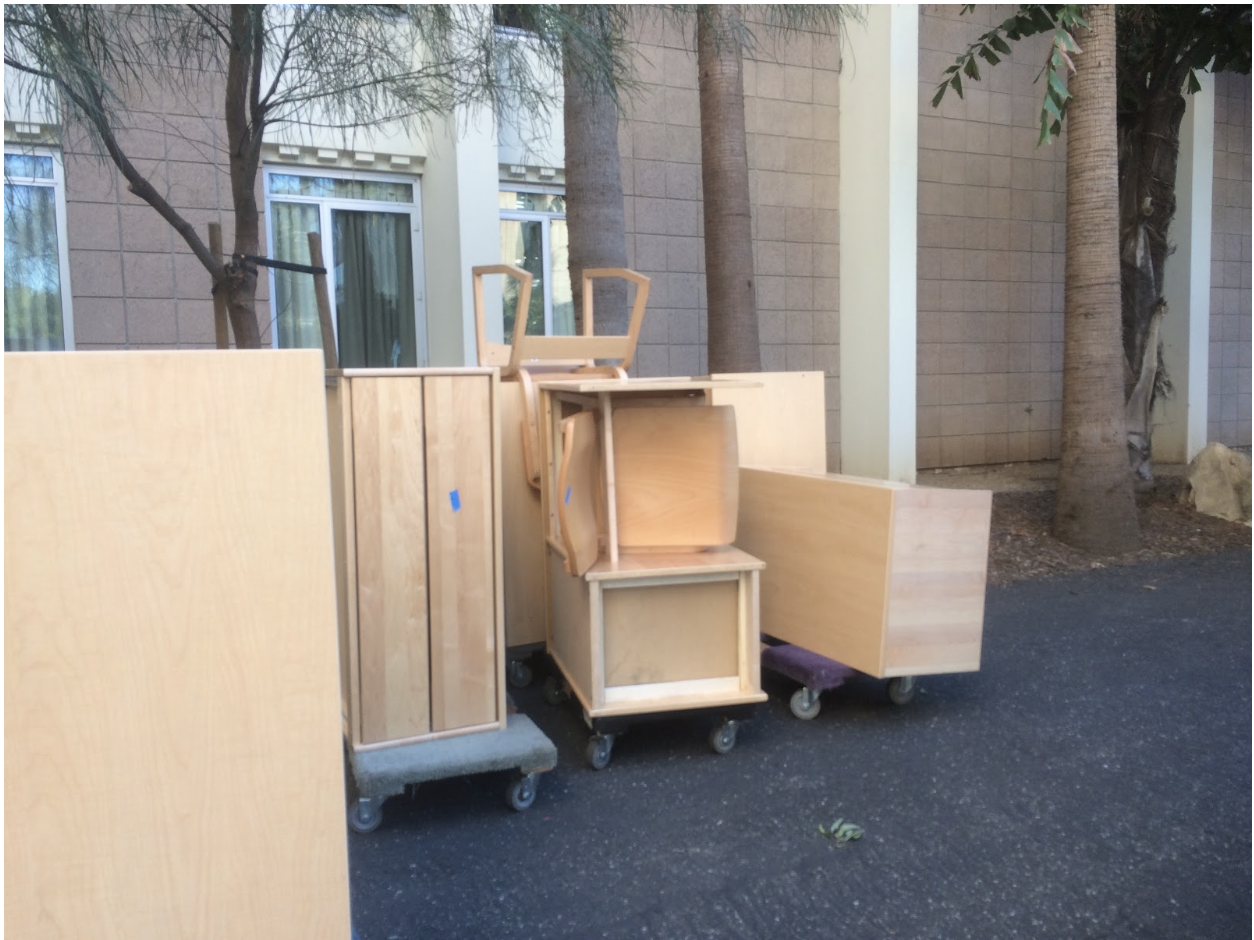 Dozens of residents received an email from University and Community Housing Services on Oct. 9, alerting them that their triple rooms would be converted to double rooms.

These vacancies are from students who never showed up to school at the beginning of Freshman Summer Start Program (FSSP), dropped out during FSSP or moved into different residence halls at the beginning of Fall Quarter 2018, according to Jill Hurd, the Director of Residential and Community Living.

“The additional San Nicolas spaces were [used] to accommodate an increased enrollment in the Freshman Summer Start Program,” said Mario Muñoz, the associate director of University and Community Housing Services.

“Now that [the university has] gotten past the uncertainty of move-in, we are removing those temporary spaces.”

Because of this, the number of triples offered in San Nicolas grows year by year, according to Hurd.

Spaces in the rooms were also left open for international students and emergency room situations, according to Hurd. Now, three weeks into the quarter, those vacancies are being addressed.

The Department of Residential and Community Living finished accommodating all the students on the waiting list last week, meaning that the remaining vacancies in San Nicolas Hall would not be filled.

For some students, this meant that those who originally requested triples now find themselves in double rooms.

Residents who requested triples for financial reasons and found themselves in doubles were left with few options when notified of the de-tripling.

It is within the right of UCSB to change a resident’s rooming situation from a double to a triple, or vice versa, at any time, according to the University Residence Hall Contract.

“When one student vacates due to reassignment or termination of contract, the room reverts to a double occupancy room and the rate for the two remaining students increases to the double occupancy rate,” the housing contract reads.

The estimated cost difference between a double and triple room for these residents totals $1675: $375 for the remainder of fall quarter, and $650 per quarter for winter and spring.

Since all empty beds in previously-tripled rooms were removed from San Nicolas, affected residents are left with two options if they need to remain in a triple: a roommate swap or a residence hall switch.

A roommate swap is when students communicate with other residents in the building who have a double room preference and swap rooms with them, Assistant Resident Director of San Nicolas Residence Hall Ruth Quintanilla said in an email.

“This would allow you to move into a triple and switch with resident who wants a double,” she wrote.

Both of these residents would fill out roommate swap forms and the resident being detripled could avoid paying the cost of a double room.

For William Cui, a first-year statistical science major, a roommate swap led to finally getting the triple room type he originally requested. Cui and his roommate intended on being in a double, but due to over-enrollment of FSSP, were placed in a triple.

“[We] were all set with a double until a few days before we moved in they told us we were stuck with a random third roommate,” Cui said in an email.

“They had only sent out the original email notifying us about the possibility of doubles being turned into triples a week or so before our move in date.”

As other rooms were being de-tripled, Cui connected with the Resident Director to switch rooms with two students who needed a triple for financial reasons.

“We successfully switched with them so we live in a double now and the two people we switched with live in our old room with the third roommate we got assigned to. Our FSSP experience would have just been a lot better in general if we had gotten our double as originally planned and trying to move out was really tedious and stressful,” he added.

While Cui and his roommate agreed to switch rooms, others who originally requested doubles but were placed in triples may not be as eager to do a roommate swap.

For residents being de-tripled who cannot find residents to swap with, there is a second option: a residence hall switch, where a resident in a de-tripled room has the option of moving out of the building and into a different residence hall altogether. This process is facilitated by the resident director of San Nicolas Hall.

Quintanilla said that if the switch from paying for a triple to paying for a double posed a concern for students, then they could file a Cost of Attendance appeal to the Office of Financial Aid.

An email from University and Community Housing Services clarified that this option is only “for students who have expenses that supersede the budget allocation for rent.”

A version of the article appeared on p.5 of the Oct. 25 print edition of the Daily Nexus.

Those rooms are two small for triples.

Oh, I dunno. I was in one, I thought it was fine. ‘Course, one of the roommates was hardly ever around and we had an amazing view to sweeten the deal. I can understand if others would find the triples claustrophobic, however.