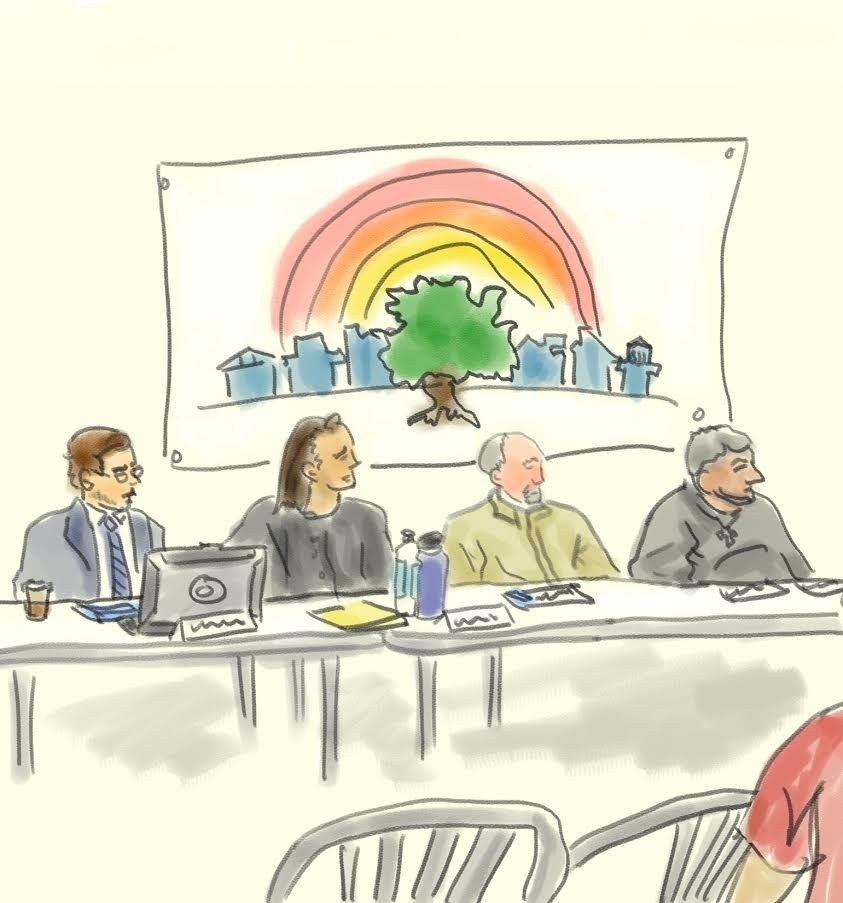 The I.V. CSD postponed the decision on whether or not to include a low-income exemption with the UUT. Sierra Deak / Daily Nexus

I.V. voters passed the User Utility Tax (UUT) through Measure R, which was on the Santa Barbara Spring 2018 elections ballot.

The UUT, an eight percent tax on electricity, gas, garbage disposal, sewage and water services, is the I.V. Community Services District’s main source of funding. It will net approximately $777,000 a year for the district.

The “Yes on Measure R” crew championed the tax as a way to finally give I.V. residents a voice in government following the district’s creation in Spring 2017.

Prominent advocates for the tax – including I.V. CSD Secretary Spencer Brandt, I.V. CSD President Ethan Bertrand and I.V. CSD General Manager Jonathan Abboud – campaigned on the promise of a low-income exemption for those who cannot afford the tax.

Brandt told the Nexus in June that the CSD was currently in the process of finalizing a low-income exemption.

“If there are households in Isla Vista that cannot afford to pay the tax, even though it is going to be very small, I think that it is very important that we do not put that extra burden on them,” Brandt said in June.

The I.V. CSD, which meets twice a month, has discussed the low-income exemption extensively at two of its meetings since UUT’s passing.

However, the six-member board has not made any progress regarding the exemption and instead has discussed not implementing a low-income exemption for the tax.

“[Isla Vista] is a poverty hotspot, and as we all know, there is a large student population here that is not exactly rolling in money,” Bertrand said during the district’s Oct. 9 meeting. “It’s hard to grant exemptions to anyone.”

I.V. CSD board members, such as Vice President Natalie Jordan, said it is hard to determine which households in I.V. are low-income because several households only have one name on certain utilities.

She pointed to her own living situation in I.V. as an example.

“[My household] receive[s] a discounted rate on electricity already because we have that one [low-income] person written onto the bill,” Jordan said.

Other members, such as director Father Jon Hedges, argued all residents should pay the tax because of the voice the I.V. CSD gives the community.

“The whole premise of the CSD was participatory democracy, a voice for our community, that we not be voiceless the way we’ve been for decades,” Hedges said.

“It seems to me that the cost of a small bill per month is a small price to pay.”

The issue on the table during the Oct. 9 meeting was whether or not to exempt I.V.’s non-profit housing providers, such as Friendship Manor and the SB Housing Co-op. The latter is composed of five houses: Newman, Merton, Bike, Manely and De Shain.

I.V. CSD Director George Thurlow argued if one group is allowed to be exempt, such as the non-profits, then it would create problems for everyone.

“Once we say, ‘Your folks don’t have to pay the four dollars a month,’ you’re gonna open the floodgates, because every student in this town is for [the exemption],” he said.

The issue was tabled until February 2019, when the district will have a better sense of its finances, according to Hedges.

The I.V. CSD is working toward “some sort of exemption or reduction,” though not necessarily a low-income exemption, Bertrand said to the Nexus following the meeting.

“I wish we would address it now, but we can address it then, too,” Bertrand said.

“I struggle with this one because while [there is a] small amount of money that would be saved, it’s still something that we really — for the past few years now — mentioned some sort of utility reduction or exemption for low-income folks.”

Correction: The final quote is attributed Bertrand, not Brandt.

Less than 700 people decided over 10,000 IV residents should pay this bogus tax for this bogus UCSB agency. No surprise they set aside deciding on a low income reduction/exception–can’t touch that since a town of jobless students will all qualify. Note UCSB’s appointed, non-resident board member is all for sticking it to non-income students. Bottom line there is not way in hell a transitory student population should be paying this tax in the first place. Perhaps seeing this “small amount” added to utility bills will wake some voters up.