Update [Nov. 19]: UCOP later contested the validity of Selvidge’s statements. A later article addresses the discrepancies and can be viewed here.

New University of California Title IX policy changes will include amending the definition of consent and modifying the mandated reporting rules for graduate students among other changes, according to Jennifer Selvidge, graduate student representative for the Title IX Advisory Board. 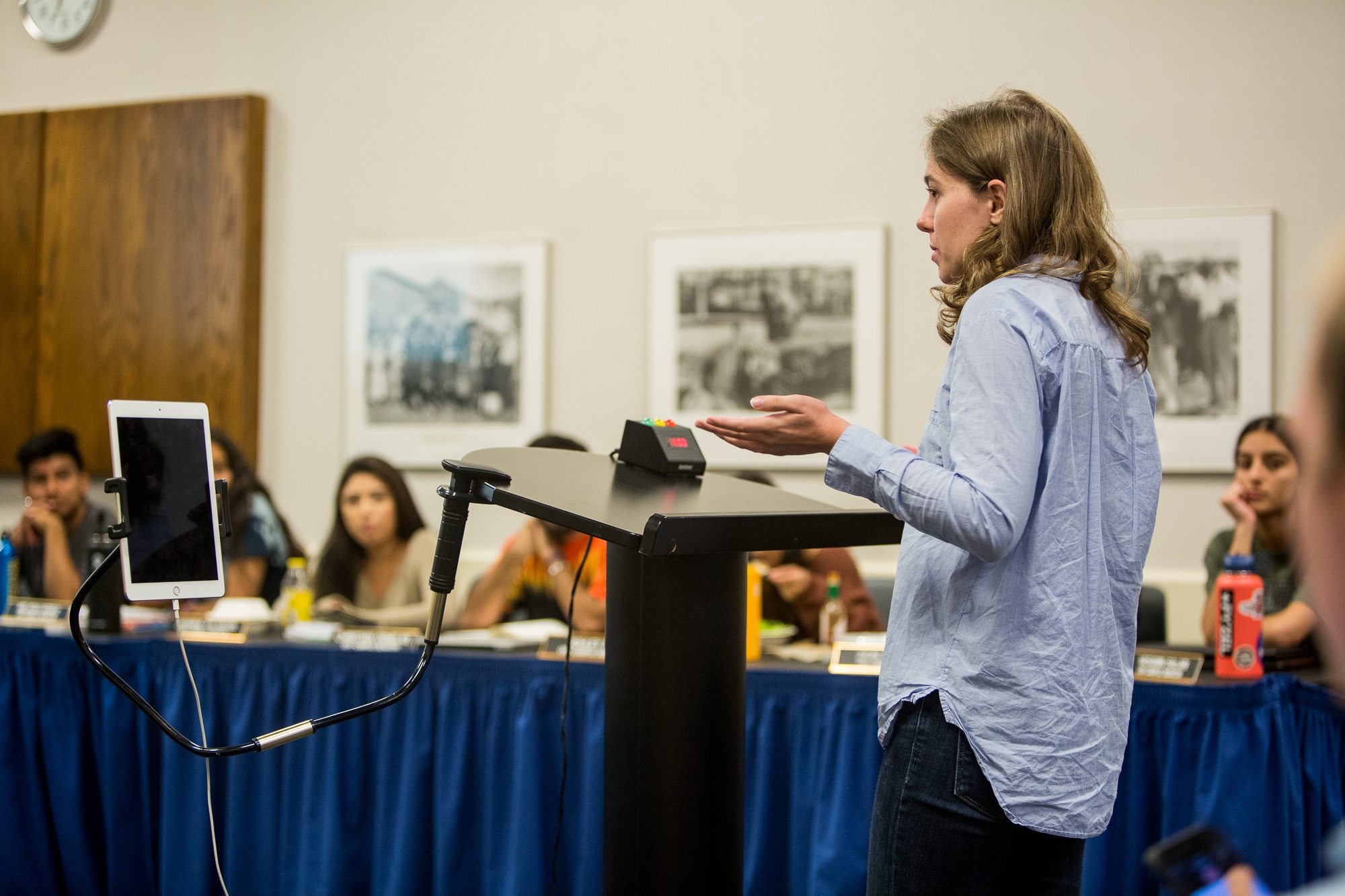 The Title IX Student Advisory Board consists of one undergraduate and one graduate student from each UC campus, making a total of 19 board members. Riley Esguerra / Daily Nexus

Selvidge, a fourth-year graduate student, presented at the Graduate Student Association (GSA) meeting Tuesday evening and at Associated Students (A.S.) Senate on Wednesday, highlighting the specific changes and non-changes to the policy.

The UC-wide sexual violence and sexual harassment policy is currently in a formal review period.

“We are not particularly well trained in this,” she said. “We have sort of a one-hour… online training that covers explanations of all of sexual violence, all of sexual harassment, stalking, dating and domestic violence … It’s really not enough to have us understand how to respond sensitively.”

Selvidge emphasized that all other student employees who are paid by the university remain “responsible employees,” meaning they are required to report to the Title IX office in the event that they become aware of sexual violence or harassment committed against another student while they are acting as employees.

Selvidge also discussed changes to the definition of consent. The committee now defines consent as “unable to understand the…nature of sexual activity due to…alcohol and drugs.”

The policy’s change says the student would need to be incapacitated for consent to be questioned, according to Selvidge.

She explained the change stemmed from the university, stating they have struggled with finding enough time to complete investigations within the sixty 60 calendar day time restraint limit in the past.

“The university will investigate things without people’s consent,” Selvidge said.

Another aspect of the Title IX policy that Selvidge outlined in her presentation was in regards to the sexual assault of minors.

UCSB does not consider statutory rape to be sexual assault, according to Selvidge. She pointed out that the university is trying to keep in mind 17-year-olds and their dating life.

However, several graduate students at the GSA meeting expressed their concern for their own children living on campus. It worried them that the university does not see the possible rape of their children as sexual assault, according to Selvidge.

Selvidge also discussed the new revision to the definition of sexual assault penetration and contact, which now includes language that is more inclusive toward the LGBTQ+ community, as well as male victims.

“I am actually very happy with this particular change. This is something that I worked on convincing them for several years,” Selvidge said.

Power imbalances, such as the dynamic between a teacher assistant and a student, are now taken into consideration as aggravating circumstances in the new policy, according to Selvidge.

Relationship violence has also been expanded to include non-physical conduct such as the abuse of a pet or the destruction of property.

The Title IX Student Advisory Board consists of one undergraduate and one graduate student from each UC campus, making a total of 19 board members.

Currently, the undergraduate position for UCSB is vacant. Students who are interested should contact Ariana Alvarez, the Title IX Officer for UCSB.