The Daily Nexus
News
From DP Rentals To Playa Life I.V.: 40 Isla Vista Properties Under New Management
October 11, 2018 at 12:57 am by Evelyn Spence

Isla Vista Owners LLC, a Delaware-registered company, bought all of James Gelb’s 40 properties in early May, taking charge of the 634 tenants. 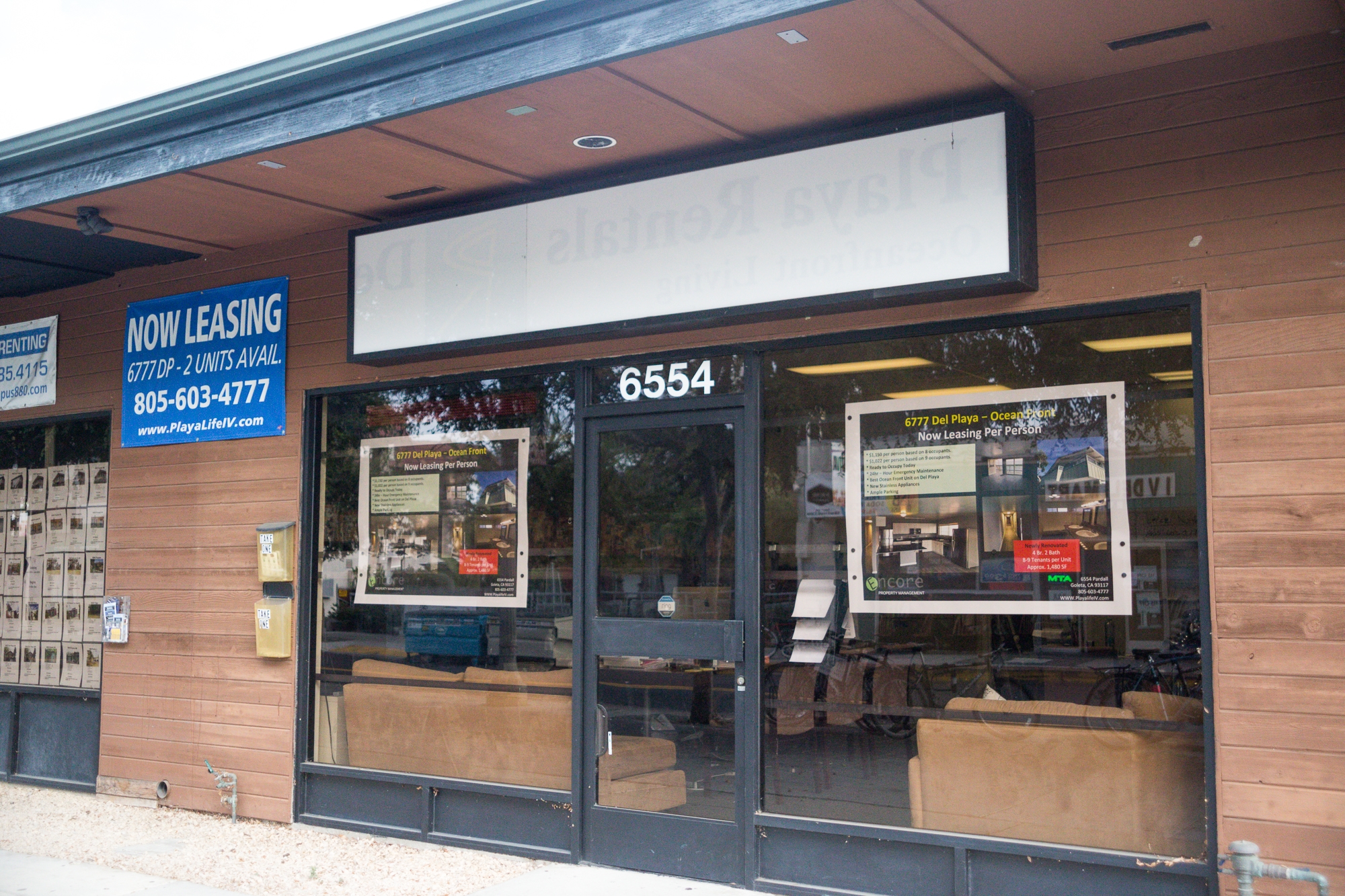 The company can be found at the same location, but with different signage. Nicole Wallace / Daily Nexus

“After taking ownership of this, it became very apparent that student tenant concerns were not being met, that maintenance items were not being resolved, and there was just a complete lack of consideration of the tenant,” Doherty said.

Gelb put his properties on the market in late October following years of resident complaints.

He asked approximately $80 million for the entire portfolio; Encore bought all of the properties for about $66 million, according to zillow.com. The sale price for two of the properties bought by Encore was not available.

The company is currently going through each of Gelb’s properties to “identify the physical assets,” Doherty said.

The company will be replacing nearly all appliances, including washers and dryers, dishwashers and refrigerators.

Several of the units will also be undergoing upgrades, Denham said. The company already spent approximately a quarter of a million dollars renovating 6777 Del Playa Drive during the summer.

The company will raise rent prices to “reflect the new upgrades” and ownership, he said. Because all of the leases currently in place were signed by Gelb a year ago, new pricing will not come into effect until next year.

There is not an estimate as to how much rents will go up at this time.

The company will also be treating about a dozen houses for termites over the Thanksgiving break, he said.

Since taking over, she has posted several times on UCSB’s Free & For Sale Facebook page, promising a “zero tolerance policy for hate of any kind, including hate speech, discrimination and any violence, verbal or physical.”

“It’s been a positive experience so far, getting to know everyone at the university and in Isla Vista,” she said. “We look forward to making positive change here in I.V.”

Sure – it’s not at all about the money for these people. It’s all about treating tenants fairly.