The Daily Nexus
Opinion
Who Can Partake in Party Culture?
September 27, 2018 at 6:00 am by Laurel Rinehart

Gauchos pride themselves on many things, such as having access to the beach at any time, being able to navigate chaotic bike paths and the recent announcement of our spot as the No. 5 public school in the nation. One thing, however, stands out as the most heralded aspect of life at UCSB: the Isla Vista party scene.

UCSB students have endless options for partying. As opposed to other schools where the parties are exclusively put on by fraternities or athletic organizations, Isla Vista offers a plethora of house parties along the ocean every weekend that are hosted by students in private, unaffiliated residences. This creates a party culture in which anyone, regardless of their involvement with Greek life or athletics, can find a location on a Friday or Saturday night where they will be able to drink and dance the night away. What makes UCSB party culture stand out is not the size or frequency of the gatherings, but its open and inclusive nature. 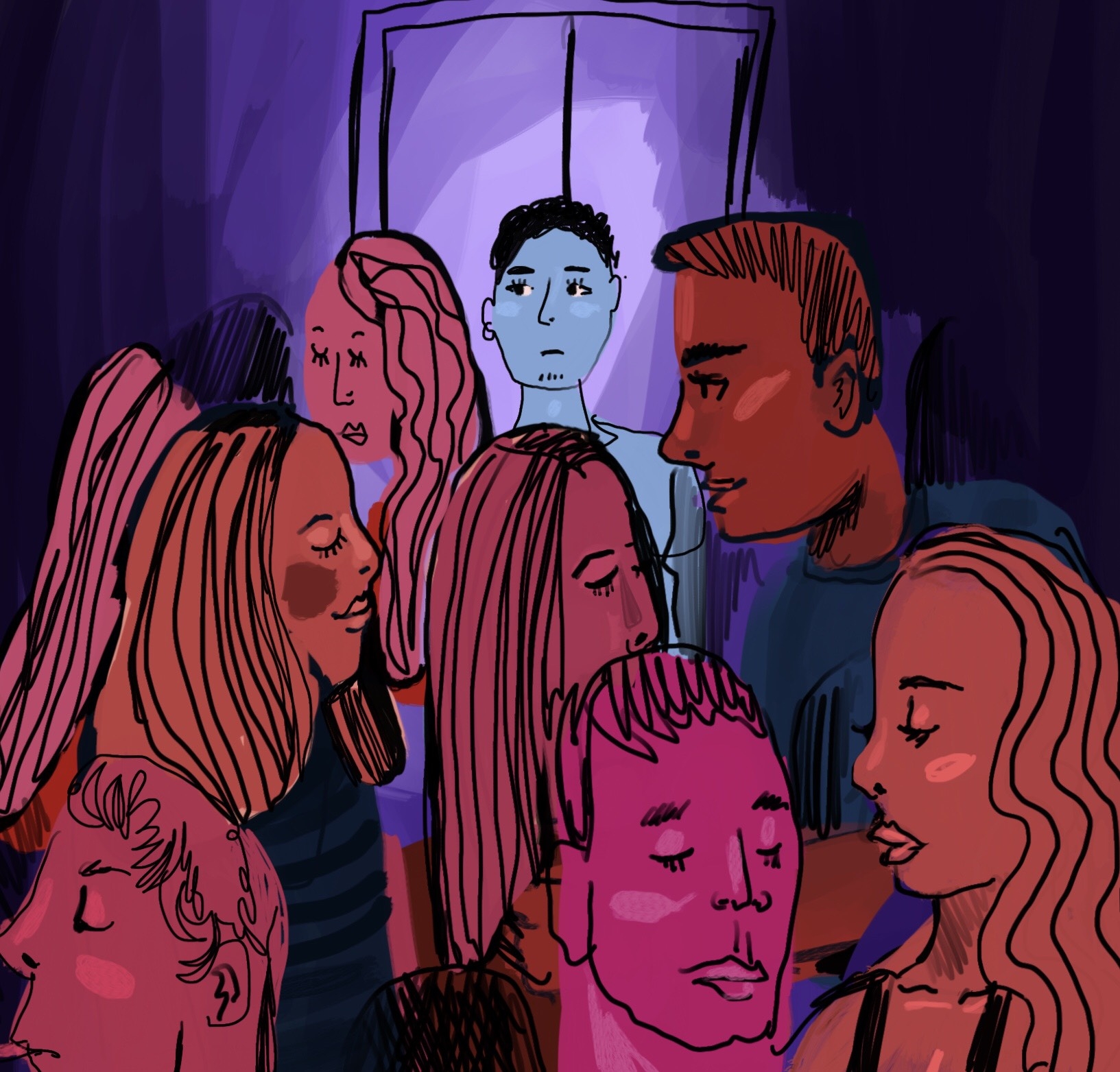 But is this narrative really true? After three years of observing this mythical party culture for myself, I have come to realize that despite their lack of official exclusivity, parties in Isla Vista are not quite as open and welcoming as people make them out to be.

One of the most prominent instruments of exclusion is the unspoken yet ever-present set of rules concerning physical appearance and gender performance. Almost every girl wears a full face of makeup and a variation of the standard uniform of high-waisted shorts and a crop top. There is nothing wrong with dressing this way — I myself have a closet full of “hoe clothes” from which I select my outfits every weekend — but it creates a pressure to conform for girls who wish to partake in the party scene but may not be comfortable putting their bodies on display for any number of reasons.

Along with the dress code, the rules for getting into parties are strict and largely based on gender. Conventionally attractive girls are almost guaranteed entry at every door; for male students, however, passage is much more complicated. In accordance with the norms at most other universities, fraternity parties are essentially off-limits for non-members. However, even the supposedly open house parties on DP are very exclusive and typically do not allow male students to enter unless they know the host of the party or are accompanied by a large group of girls. Residents of private homes have the right to allow or deny entry to whomever they choose, and I’m not suggesting that there should be some sort of requirement for parties to be open to every single student. I simply wish to bring attention to the underlying problematic message in the choice of who can and cannot enter: if you are not an attractive, sexually available female, there is no place for you in one of these gatherings.

The overtly sexual dynamic within parties is another aspect that isolates people who do not wish to partake in the “hookup culture” that has become synonymous with college life. While sexual comments and unwanted groping are the most prevalent at fraternity parties — at least in my experience — these behaviors are still the norm at any party you attend. While partygoers obviously have the option of simply hanging out with their friends and saying “no” to any sexual advances, there is an overwhelming feeling that if you are not open to advances or directly engaging in sexual dancing, you are in the wrong place.

No aspect of social life is completely immune from society’s norms regarding gender, beauty standards and sexuality.

In addition, the hookup culture of UCSB parties is overwhelmingly heterosexual. Look around and you will see numerous straight couples grinding or making out on the dance floor, but there do not seem to be spaces where LGBTQ students can express their sexuality so easily. The heteronormative aspect of college party life is often blamed on fraternity culture in think-pieces about American colleges in general; however, this exclusive norm extends beyond Greek life where UCSB is concerned.

Whiteness is another unspoken requirement for students to feel that they fit in at most house parties. Though I am white and cannot speak personally about minority students’ experiences, I have had conversations with several students of color who expressed feeling uncomfortable in the mostly white party crowd. For whatever reason, the percentage of people of color inside a typical party is even lower than that within UCSB’s predominantly white student body. There is no way of measuring whether this is due to non-white students being turned away at the door or if the dominant culture causes them to avoid parties altogether. Whatever the reason, there is unfortunately a normative racial pattern that makes people of color feel unwelcome or out of place.

Despite all these critiques, I am not saying that parties in Isla Vista should stop altogether or that students should boycott them. It is inevitable that partying will occur as part of the college experience, and no aspect of social life is completely immune from society’s norms regarding gender, beauty standards and sexuality. All I’m asking is for people to direct a more critical eye at the assumption that UCSB is an exception to the typical exclusivity at party schools solely because our parties are not controlled by Greek organizations.

UCSB party culture is the land where everyone is welcome. That is, everyone who fits the standards of both appearance and behavior for the perfect partygoer: white, in impeccable shape, heterosexual and willing to flirt and dance with strangers. We need to promote a new paradigm in which the diversity that UCSB claims to celebrate is actually present within its famous party scene.

Laurel Rinehart wants you to question your perceptions of the party scene.

What is the park for? Just alternative graduation?

Rent a house and host your own parties where you let everyone enter. Or put on your “hoe clothes” and partake in the sexist homophobic xenophobic…. parties you always do while complaining online lmao. Get a life.

Take a risk, don’t dress in hoe clothes and bring some of your LGBTQ and POC friends?