The Daily Nexus
Music
Bloom by Troye Sivan: A Mature Leap Toward Pop Stardom
September 20, 2018 at 4:42 pm by Alex Modiano 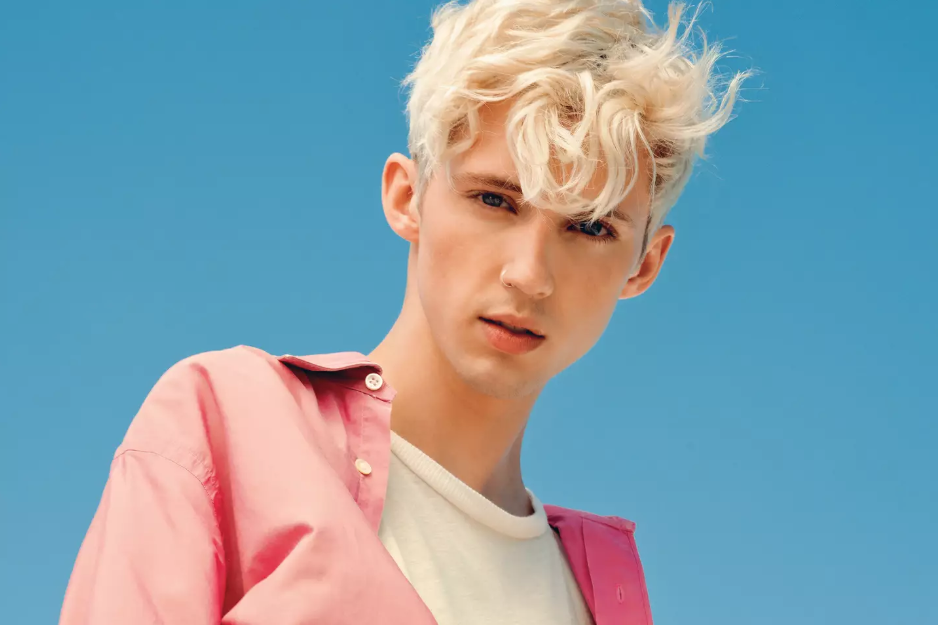 There is no one thing particularly groundbreaking about Troye Sivan’s journey. He has all the trappings of a star: a legion of loyal fans, a model boyfriend and muse status in the eyes of countless fashion designers. What’s groundbreaking is Sivan’s grasp on maturity and queer identity while simultaneously producing radio-ready tracks on par with today’s brightest stars.

An openly gay Australian pop sensation, Sivan took a fairly conventional route to fame. A product of his time, Sivan first rose to prominence on YouTube, accumulating millions of subscribers with his daily vlogs. By the age of 18, Sivan came out publicly in a video, which now has over eight million views. He soon transitioned from YouTube to the music industry, in typical Disney Channel star fashion.

His first album, 2015’s Blue Neighborhood, saw Sivan tackle the struggles of coming of age and coming out. The synth-pop album captures the highs and lows of adolescence, hitting all the usual boxes: unrequited love, identity issues and even the trappings of the suburbs. It’s the kind of album that could score every scene in a high school rom-com, with its highest charting single appropriately titled “YOUTH.” While the album showed the promise of Sivan’s eventual star status, its uneven pacing and crowded tracklisting reflected his rookie nature. Sivan still needed to do a little growing in order to find his true voice. Now, in 2018, Sivan is in full bloom.

Bloom, released Aug. 30, reveals Sivan as a fully defined popstar, confident in his own queer identity and powerful with his own voice. Troye rides the recent wave of “poptimism,” following the likes of Ariana Grande’s Sweetener and Lorde’s Melodrama, harnessing the fun and brightness of pop music in order to produce an album that is genuinely enjoyable to listen to.

The opening track, “Seventeen,” bridges the gap between his first and second releases as Sivan recounts his first sexual experience as a 17-year-old. The heartbreaking song tells of Sivan being lured into a meetup with an older man on Grindr. Sivan sings of the experience from a perspective that one only gains from actually growing up as he explores the motivations of his younger self: “I went out looking for love when I was 17 / Maybe a little too young, but it was real to me.” Rather than dwell on the emotions and politics of the moment, Sivan focuses on the curiosity and loneliness that drove him to the exchange. The thoughtful retrospective captures the naivety of youth and the mistakes that insecurity and instability can cause. However, Sivan is no longer that naive, lonely, gay teen and sings from a newly found perspective of wisdom and maturity. Sivan has already done his growing and is ready to showcase what it means to be fully formed, confident and queer.

“MY MY MY!” does just that, following Sivan onto the dance floor, where he commands attention with ease: “Don’t make me wait another day / ‘Cause passion is passion / You know it just as well as me.” Troye alternates seductive whispers and a booming chorus accompanied by an uptempo dance-ready beat. “MY MY MY!” shows Sivan at his sexiest as he coaxes the object of his affection into his arms. The music video released with the track captures Sivan’s command of his newly found sex symbol status, as he dances fully unabridged and fully queer in an abandoned warehouse, accompanied by shirtless men.

Sivan imbues this electrifying, bright, optimistic energy to the rest of album, which alternates ballads and bangers. The titular track, “Bloom,” finds itself on the upbeat side as Sivan not so subtly references “bottoming.” As with the rest of album, Sivan gives little worry to the binaries of sexuality and gender, speaking freely about a topic that has been given little freedom to be expressed in popular culture.

Another upbeat highlight is Sivan’s collaboration with Ariana Grande, “Dance To This.” The two combine forces to deliver an ode to staying in rather than going out. At a time when Grande has never been bigger, Sivan manages to keep the spotlight evenly balanced between the two stars, as their angelic voices combine to create a soothing club track.

Sivan’s evolution as an artist is most obvious when he is at his most understated and vulnerable. Rather than pushing each track to emotional explosion and relying on catharsis to imbue effect, Sivan allows himself to shine in his most breathy, low-key moments.

The acoustic ballad, “The Good Side,” showcases Sivan’s sweetness, as the mature relationship retrospective emphasizes respect and empathy over the pettiness breakups often go hand-in-hand with. Meanwhile, “Animal,” an experimental ballad ripe with desire and longing, slowly builds until a Frank Oceanic release ends the song in euphoria.

Sivan’s bright, fruitful and flowery imagery subverts the typical masculine pop archetype, perhaps ushering in a new era of artists who reject toxic masculinity and embrace vulnerability. Sivan produces imagery based on the queer experience; however, his masterful pop music is for everyone. Each song on the 10 track listing leaves a bright, harmonious and euphoric feeling in the ears of listeners, signifying Sivan’s rightful place among today’s hitmakers. Perhaps because of society’s slowly changing views on sexuality and gender, there has never been an openly queer artist quite so poised for mainstream success like Sivan. And with Sivan’s razor-sharp execution of Bloom, it seems like he’s more than ready to rise to the occasion.