The Daily Nexus
Opinion
Why I Hate Cigarettes
September 5, 2018 at 11:41 am by Sanya Kamidi

I’m absolutely terrified to pick up a cigarette. I think if I had to place it on a scale of things I am scared of, I would say smoking a cigarette falls right around getting Alzheimer’s or dying young.

There is, of course, the temptation. Friends will shun the sticks in the daylight but pick them up to sober up after nights out or when the stress of finals week really starts to hit. I’ll watch as they breathe in and blow out, stress visibly dripping off their faces. They’ll offer me a drag, and it takes every bone in my body to say no. How could I refuse the allure? 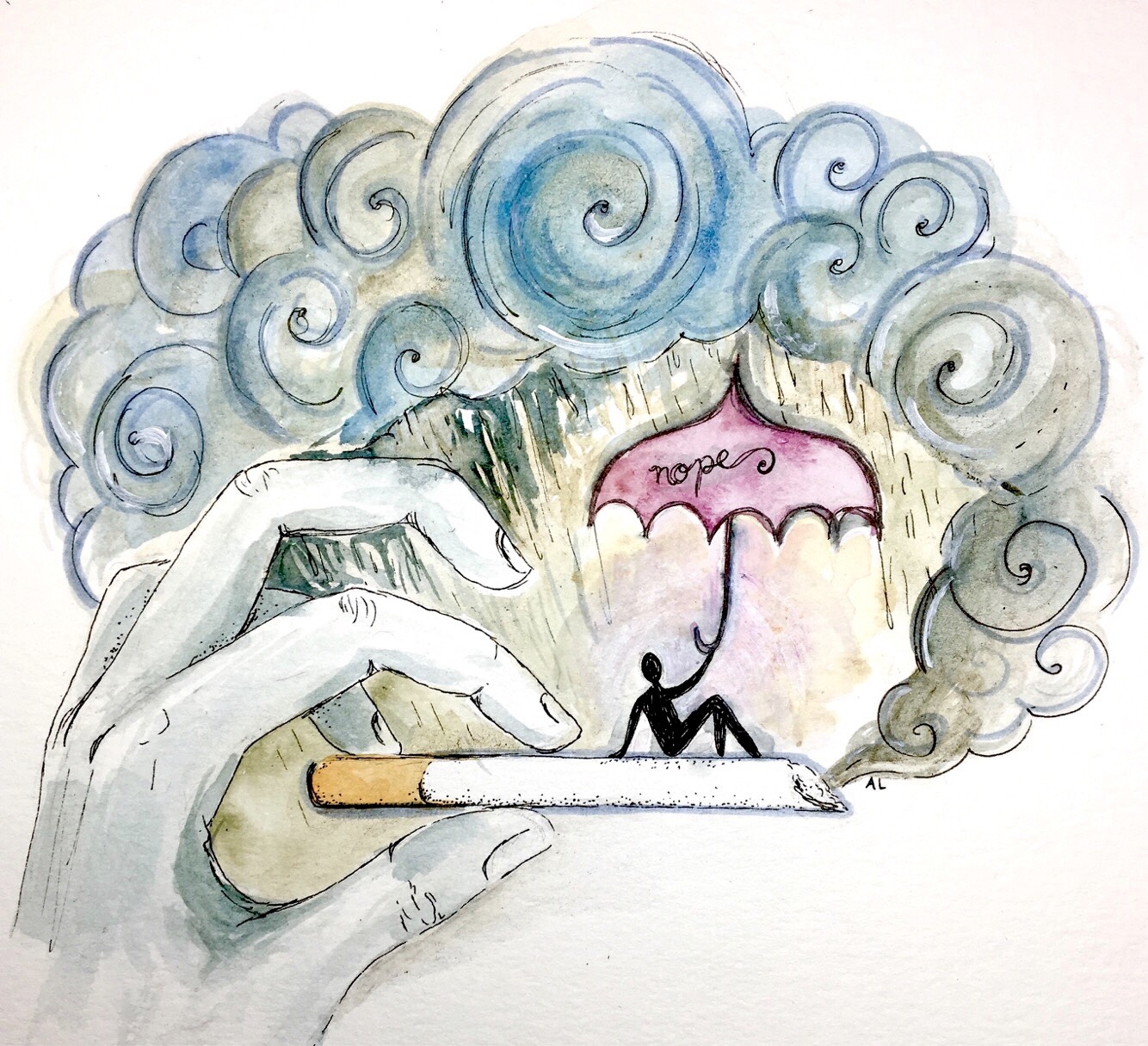 I’m not even sure if it’s cigarettes that I can blame. I think it’s just myself.

I worry that I’m the kind of person who would struggle with addiction.

I’ve always associated the smell of cigarette smoke with unpleasantness. I crinkle my nose, put a spring in my step to escape the source, hold my breath for a second. I don’t know how much of that stems from general societal disdain and how much is rooted in the way it looms over me personally.

And I’ve carried this sense of loss with me for a very long time without knowing what I felt loss for. Do I have a right to mourn those I’ve never known? What am I even mourning?

I worry, almost obsessively, about what my life would be like if I lost myself to addiction. But I know no amount of obsession will help me find those answers.

I think it’s just the camaraderie of the family I never had. My extended family lives several continents away, and my nuclear family has found a way to live in the same house for years on end without really getting to know each other.

I don’t know if things would be different if I had two full sets of grandparents. Would my mom be as closed off as she is had she not lost her father several months after immigrating to a new country with her husband of two years and her infant firstborn? Would my grandmothers be less lonely had they had their husbands to grow old with them? Would my dad’s mother still feel the need to turn her Christianity into a way to police the lives of her grandchildren?

Something about the “what ifs” always bring me back to cigarettes. What if my grandfather hadn’t picked up that first cigarette? It’s hard to know.

Addiction is a fear that I’m trying to own up to. One that I’m accepting I will probably always carry with me, that will always paralyze me. But I don’t think that necessarily makes it bad. I’ve heard a lot over the years about facing your fears head-on and working to diminish them, but I think there’s value in just recognizing and acknowledging their existence.

I worry, almost obsessively, about what my life would be like if I lost myself to addiction. But I know no amount of obsession will help me find those answers.

I just know that I hate cigarettes.

Sanya Kamidi wants people to know that it’s okay to be afraid.