The Daily Nexus
Music
Bon Iver Graces the Bowl with Summertime Show
August 15, 2018 at 11:25 am by Melody Pezeshkian

The Santa Barbara Bowl, in all its beauty and outdoor splendor, is punctual above everything. I arrived exactly at 7 p.m., the time allotted for the opening act, and was serenaded to my seat by Perfume Genius’s opening few songs.

Perfume Genius opening for Bon Iver hailed as a true gift. Genius moved like a snake; he slid across the stage with ease and experimented with sensual dance moves that garnered a laugh from the crowd. At times he came into a complete squat while singing, melting down with the beat of his music. Complementing his charismatic dancing, his suave voice pierced throughout the Bowl carrying a smooth resonance; spontaneously, he threw in a few penetrating shrieks, naturally on key.

I was able to appreciate his talent much more as I had researched his background a couple nights before. An interview with the New Yorker reveals that growing up, Perfume Genius, formerly known as Mike Hadreas, was the only openly gay student at his high school. He struggled with self-identity issues alongside domestic abuse, which led to significant drug abuse as well. Though unjustifiable, his tough life experiences add a complex and dark layer to many of his songs. For an artist that I didn’t know until four days before the show, Perfume Genius definitely surpassed my expectations.

He sang delightfully for a total of 40 minutes then bluntly walked off the stage after performing “Queen,” without giving a real goodbye. Shortly after his set, a slew of fans crept in for Bon Iver, completely stuffing a previously half-filled auditorium.

At 8:15 p.m., Bon Iver graced the stage like an angel heaven sent. They began the set with the first song from their newest album, “22 (OVER S ∞ ∞ N).” I laughed at the fact that an artist would choose to begin a set, or an album for that matter, with a song that opposes the very idea of a beginning. With lyrics like, “It might be over soon,” the song serves as a very cryptic foreword to the set. “22 (OVER S ∞ ∞ N)” was followed by “10 Death Breast,” a song that seems indicative of falling apart. The visuals to this song flashed sporadically in the background and gave me an impression of puzzle pieces that could be put together. The lyrics of “10 Death Breast” themselves appear as fragmented ideas rather than a continuous thought. 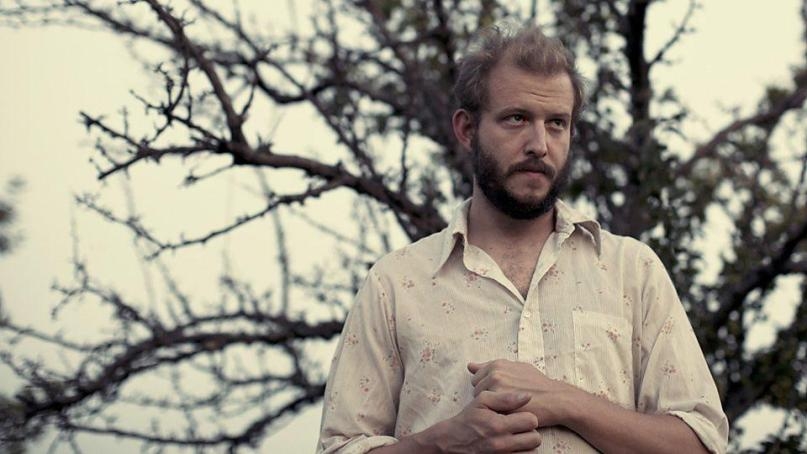 Throughout the first three songs, I felt disoriented and distorted. I began to forget the peaceful side of Bon Iver that lulled me to sleep many nights in a row. But the eerie and fragmented atmosphere was broken five songs through by “8 (circle).”

“8 (circle)” began as refreshing: a soft and more divine song compared to those before. The visuals transitioned from rigid pieces, corresponding with previous songs, to a glowing fluid stream, pink and adorned with hearts. The song’s slow and airy nature moved into a grand quality of magnificence. This song may sound beautiful in its recorded version, but it was absolutely breathtaking live. I could not help but hypothesize that “8 (circle)” represents growth, a transition from a fragmented soul to one that is whole again. Chills ran down my arms as I sat and watched a dark, electronic mood shift completely to one of growth and power. I’ve watched “8 (circle)” live on YouTube from his other performances and most of them pale in comparison to the raw energy of frontman Justin Vernon’s SB Bowl performance of the song.

Vernon took a break after this emotional song to introduce the band and then transitioned to “29 # Stratford APTS.” This song was complemented by a backdrop of five doors, which I assume represented choice and options. It became clear to me at this moment that 22, A Million tells a story, one of isolation and disintegration that evolves to one of growth and choice. Bon Iver told this story beautifully through their emotional and graceful set.

They played “Blood Bank,” my favorite of their songs, with incredible passion and intensity. If I hadn’t known the song so well it would have been hard to recognize it immediately, since Vernon played it so much more powerfully live. The song is nuanced by the color red, with references to blood in bags as well as blood rushing to one’s cheeks. He played “Blood Bank” with a lot more energy and speed than is heard in the recorded version. His performance of the song was incredibly emotional and brought about a newer life to the song than I had ever felt.

Vernon paused in between his set to announce partnership with a non-profit, STESA, a Santa-Barbara-based organization advocating empowerment against and awareness of sexual assault. On the topic of sexual assault, Vernon spoke with conviction and wondered how people could be so horrible to other strangers they barely know. (You can get involved with STESA at sbstesa.org.)

Bon Iver received a standing ovation that went on for a couple minutes, and, as might be expected, he came back out for an encore. Vernon ended his show with a solo acoustic performance of “Re: Stacks.” I was completely in awe by his concordant and lovely strumming during this piece, but I was even more astonished by his strong, high-pitched pipes.

I had a chance to speak to UCSB third-year sociology major Dallin Mello after the show.

He thought the show was amazing: “Bon Iver exemplified that his work isn’t just oriented around his voice, but also various other aspects that define him as a multifaceted artist.”

His previous album, Bon Iver, was much more focused on a voice backed by instruments needled in between, whereas 22, A Million incorporated all kinds of synthesizers, intensified glass sounds and distorting effects. “Babys,” for example, integrated really clean glass noises that spun around the venue.

Mello continued, “Tonight we saw his use of visuals as a way of creating motion and capturing attention throughout his performance.”

His visuals completed the story that his music told as thought the backdrops were an instrument themselves, needled in the background of the song.

The Santa Barbara Bowl was an ideal venue to see Bon Iver perform and to spend my Wednesday night. I’d consider shelling out to see him again because playing his set list on Spotify does not compare at all to the talent, beauty and emotion of his live set.