The Daily Nexus
Sports
Gauchos Offense Shines in Exhibition Opener Against Westmont
August 13, 2018 at 12:32 am by Jorge Mercado 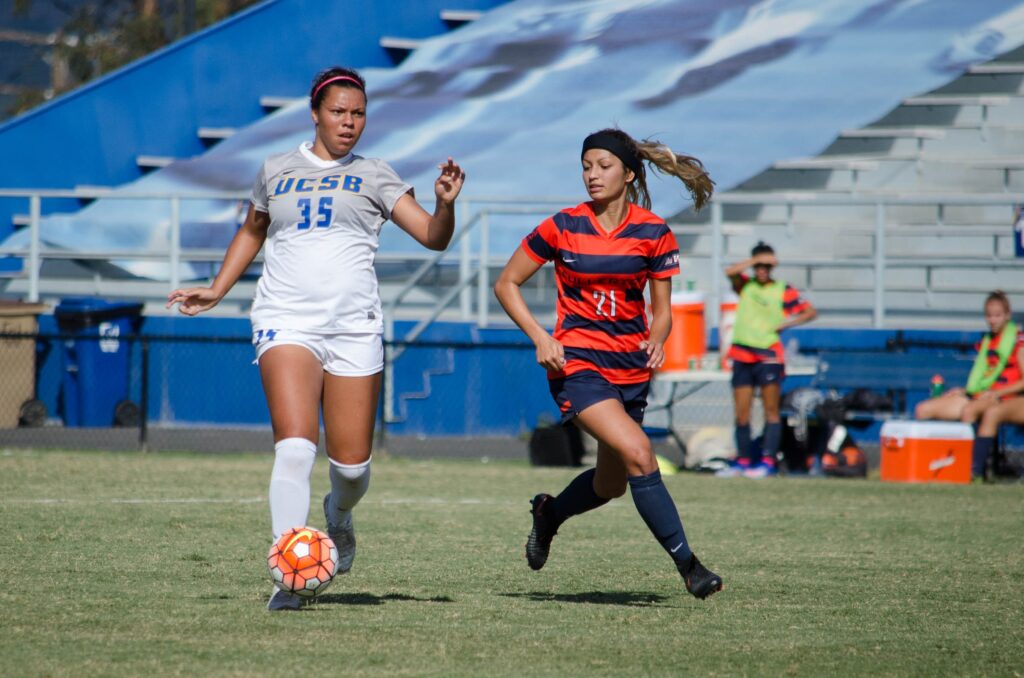 Since the 2014 season, the UCSB women’s soccer team has begun its season the same way: an exhibition match against Westmont College. Much like the past few years, the Gauchos defeated the Warriors but Saturday’s victory might have been the most dominant of them all.

UCSB took down Westmont by a final tally of 5-1 thanks to a strong first-half performance that saw the Gauchos score four goals to the Warriors one.

Additionally, Santa Barbara outshot Westmont 14-3 in the first half and 19-3 for the entire contest. Of the 19 total shots the Gauchos took Saturday, 14 of them were on goal, a solid number for any match.

Leading the way in the first half was junior forward/midfielder Shaelan Murison who started off the scoring in the 11th minute when she controlled a cross with a nice chest trap and then fired in a goal off the right crossbar. The assist was credited to newcomer Katherine Sheehy, a junior transfer from SBCC.

Three minutes later the Gauchos would tally another goal when senior Madeline Gibson snuck one past the goalkeeper. Murison and sophomore Christine Maurer earned the assist on the play.

Westmont would retaliate in the 39th minute when junior Maddi Berthoud scored the only goal for the Warriors on Saturday. Berthoud took all three shots Westmont registered in the match which comes as a surprise to no one as she was led the team in assists and was tied in goals with 11.

It wouldn’t take long for UCSB to get the lead back up to two, however, as Sheehy knocked in her first goal as a Gaucho with a header that knocked off the left post.

It was certainly a great night for the forward transfer in her first night representing the blue and yellow as she had a game-high two assists to go along with her lone goal. Head Coach Paul Stumpf praised Sheehy and her quality play throughout summer practice and it certainly showed why in this exhibition.

Following Sheehy’s goal, the person who began the scoring, Murison, would help give the team an even bigger advantage at the conclusion of the first half knocking in another goal in the 44th minute.

Santa Barbara would score one more in the contest in the as midfielder Sydney Magnin knocked in a free kick from 25 yards out.

Overall, Saturday went about as perfectly as it could for the Gauchos as not only did they put on a show on offense, something the team had their struggles with last season, but they also were able to get everyone playing time as every single active person on the roster logged some action.

UCSB has a lot of questions to answer this season. With the loss of Amanda Ball who scored 20 of the teams 53 goals over the past two seasons, it would be interesting to see who would step up and lead the team this year.

While Saturday night might not have shown one standout player it did show a collective group of women working well together and that could be just the thing to revitalize a program that has missed the conference tournament the last two seasons.

UCSB will kick off its season against Sac State at 4 p.m. Friday, August 17th at Peter Johann Field in Las Vegas, Nevada.