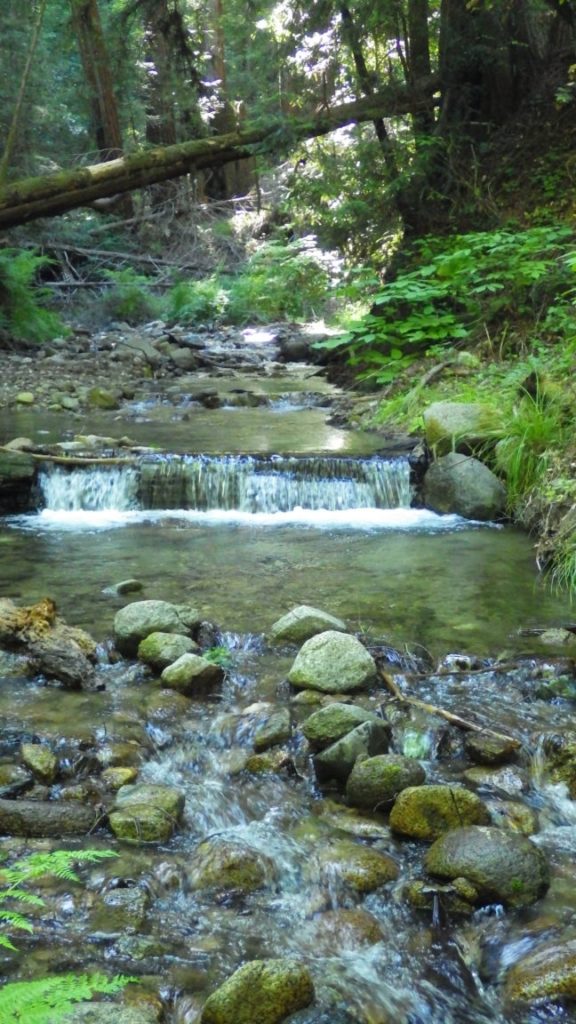 A waterfall transitions into a pool, flowing into a rocky riffle. / Photo by David Herbst

Working with the U.S. Forest Service, UC Santa Barbara researchers have been tracking the spatial and physical trends of the benthic, or bottom-dwelling, stream invertebrates within pool and riffle habitats in the Kings River drainage basin in the Sierra Nevada.

With long-term data obtained from 12 streams between 2002 and 2015, the scientists have discovered consistent patterns among the communities of invertebrates and how they respond to varying stream flow in their differing habitat types formed by pools and riffles. Their research appears in the journal Hydrobiologia.

“What we studied was changing conditions of flows in the streams that was a result of how much variation there was in snowfall. The crux of the work really relates to the differences between riffles and pools. Riffles are these shallow water rocky environments where the flow is typically turbulent. A lot of people think of them as areas where there are rapids. The other main type of stream environment is deeper areas of slow-moving water called pools. The former is a very erosional habitat, and the latter is a very depositional habitat,” said David Herbst, lead author and research biologist at UCSB’s Marine Science Institute and Sierra Nevada Aquatic Research Laboratory.

Over the period, Herbst and his team collected nearly 300 species of aquatic invertebrates with high-resolution taxonomic data analysis often at the species level. In addition to the community structure, they studied density, abundance, and traits including life history and body size distribution of the invertebrate community.

“The overall community structure was very, very different [between riffles and pools]. There is some overlap in the species where they can inhabit both pools and riffles, but there were many specialists that were found in just riffles or just pools. And those corresponded to a lot of the traits that you might expect them to exhibit in terms of the food that’s available in those habitat types and the adaptations they have for living in different current velocities, for example,” Herbst said.

The researchers found distinct differences in the groups of organisms between the two habitats. Larger-bodied, longer-lived insects that are more sensitive to environmental disturbances,including mayflies, stoneflies and caddisflies, live in riffles. In pools, the relatively small and shorter-lived midges and mites dominate. Their physiology and body size allows them to have a better chance to survive under pool water quality conditions, including low levels of dissolved oxygen and sediment accumulation. 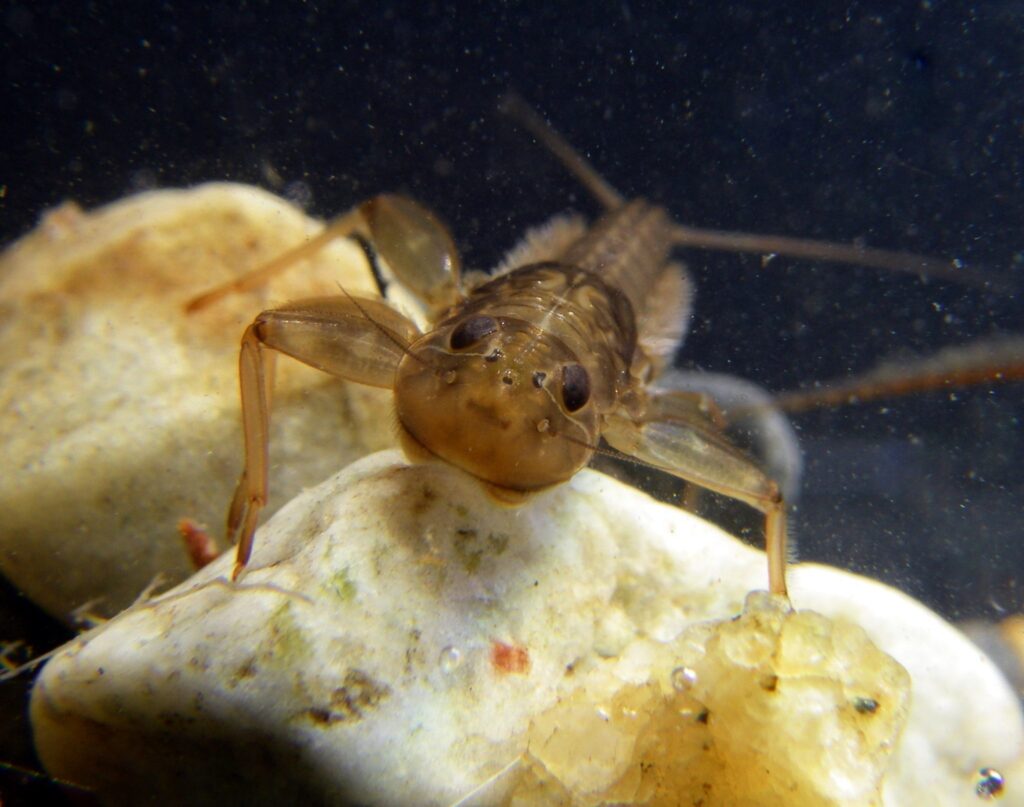 The mayfly Ironodes is one of the stream invertebrates commonly found in riffles. / Photo by Bruce Medhurst

“Maybe the most surprising thing about that was there is a fair bit of literature about where species are thought to have occurred in riffles and pools, and we found that almost half of the total species that we studied did not correspond to what we expected from the literature,” Herbst said. “We discovered some new things about the occurrence of these organisms in riffles and pools by virtue of being able to do these long-term studies and really detailed taxonomic analysis.”

As riffles and pools provide the foundation for stream habitats and environments, they can reveal much about the basic ecology of streams.

“One of the things we found was that even though there are very distinct differences between riffles and pools, if the current velocity of the flow in the stream was very high or got very low, the communities of the riffles and pools started to look more like one another and started to become more similar. Because of the fact that when flows are so low, the riffles became these habitats where sediment deposition could occur, and so we found a lot more of the pool-dwelling species starting to be able to live in the riffles as well,” Herbst said.

According to Herbst, his data shows the importance of taking separate samples for pools and riffles in evaluating the health of streams using aquatic invertebrates. Most samples in water quality monitoring practices mix habitats of riffles and pools, he said, which may not as accurately account for the effects of other factors such as pollution that may cause changes in water quality.

Herbst emphasizes the importance of not overlooking certain organisms just because of their diminutive size.

“If you want to do biological research that is important for the conservation of species or conservation of habitats, you need to look everywhere. You need to turn over every stone, so to speak, in being able to evaluate what organisms live where and be able to account for all of them so that we better understand where organisms live and what their requirements are,” Herbst said.