UCSB has been selected as one of 13 research institutions nationwide to be part of the new Arizona Cancer and Evolution Center (ACE) consortium, which intends to bring together leading researchers to approach understanding cancer in a revolutionary new way. Led by Arizona State University, ACE has received a five-year grant of over $8.5 million from the National Cancer Institute (NCI) to serve as part of its large-scale initiative to support the NCI’s Cancer Systems Biology Consortium.

The researchers will apply principles of evolutionary biology and ecology to cancer biology. Through looking at cancer from these novel perspectives, they hope to yield new insights for methods and tools for cancer treatment, prognosis, prevention and better fundamental understanding of the complex disease.

“While [evolution and ecology are] not main fields in cancer biology, I think they are gaining traction. It’s been known for a while that tumors evolve, go through rounds of somatic mutation, have subclones and are quite diverse in their genomics. Having a better understanding of this can help us lean toward different cancer treatment strategies. We know that tumors can have resistance mechanisms to chemotherapy drugs, [which is] very similar to looking at bacteria and the resistance that evolved to antibiotics. Applying the same principles to looking at tumor biology, it’s really important to take an evolutionary and ecological perspective of that,” Amy Boddy, an assistant professor in UCSB’s Department of Anthropology, said. 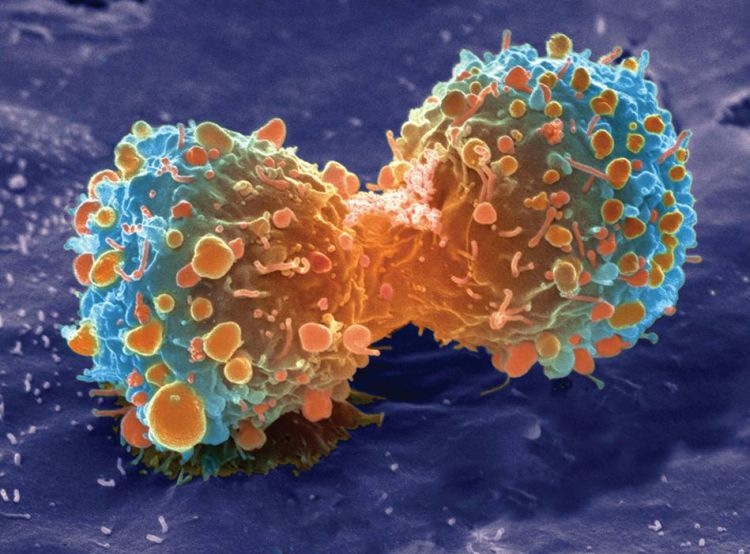 Tumors, or groups of cancer cells, evolve as cells divide rapidly and in an uncontrolled manner. Researchers will approach studying cancer biology from evolutionary biology and ecological perspectives. / Courtesy of Wikimedia Commons

The research will focus on different levels of biological organization, from the cell level to tumor evolutionary and ecology dynamics to the species level to understand the susceptibility of different species to cancer.

The latter level is what Boddy, the lead on the organismal level portion of the project at UCSB, will concentrate on with her research. Using data from zoos and independent organizations to look at cancer rates and susceptibility for numerous species, she will build computational models and sequences and look for novel cancer defense mechanisms exhibited in various organisms.

“What we see is that cancer is a common phenomenon across the tree of life, although certain species vary in their susceptibility,” she said. “Some animals are seemingly cancer-resistant, such as the naked mole rat. Other species are quite cancer susceptible, such as small rodents and even domesticated species, like dogs. And so starting to tease apart the genomic mechanisms and mapping the potential tradeoffs organisms may have against cancer is an exciting new avenue to look at essentially broad cancer defense mechanisms across the tree of life.”

A good example of such a species, Boddy said, is elephants. Because cancer is a problem of unregulated cell division and genetic mutations, in principle — if all else is equal in terms of cancer defense mechanisms — the more cells an organism has, the higher the probability that it could have a mutation in a tumor suppressor gene that could potentially lead to cancer. Elephants have more cells than humans; they’re much larger animals. So, the cancer rates in elephants should be significantly higher than in humans, right? Not so, according to the researchers’ actual observations.

“There’s something called Peto’s paradox [in which] although elephants are much bigger than humans [and] we expect them to have much more cancer than in humans, that’s not what we observe. We do not observe elephants dropping dead of cancer all the time. Inherently, just from observed principles and theories, there must be additional tumor suppressor or cancer defense mechanisms in elephants,” Boddy said.

Indeed, some of Boddy’s collaborators at the ACE center discovered that elephants have additional copies of an important tumor suppressor gene, p53.

“That’s potentially one of the mechanisms that certain organisms have to overcome in order to grow big, live a long time and also defend against cancer,” Boddy said.

According to her, using broad evolutionary and ecological perspectives to look at cancer across the tree of life could help make great strides in cancer prevention and treatment mechanisms.

Boddy said, “Each lineage has probably had to solve the cancer problem many, many times in evolution with multicellularity. And then with complexity and getting bigger or living longer, we have additional cancer suppression mechanisms. Mapping out how these different organisms solve the problem of cancer defenses provides us a road map or guidance on what are the molecular tools that actually work at defending against or treating cancer.”