The Daily Nexus
Sports
The 71 Year Old Man With the Cane, Ronaldo/Messi’s Fall, and the New Hero
June 30, 2018 at 7:29 pm by Omeed Soltanalipour 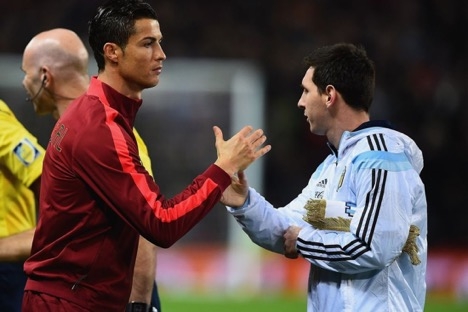 Today marks the last day of the month and the start of the round of 16. Two very important matches occurred earlier today. Early in the morning, Argentina and France faced off, later in the day, Portugal and Uruguay played. Never have I seen such exciting games at this stage of the competition. I will breakdown the first match played at 7:00 A.M. first.

France came in with high hopes for this tournament. Not only do they have an excellent lineup of talented players, but they also have a few familiar faces with more experience and growth. Griezmann, Pogba, and Giroud all performed exceptionally well this world cup. There is one star who has just made it to the limelight however. His performance will probably go on in history, for decades to come.

​That man is Kylian Mbappé Lottin. Born in Bondy, just shy of 19 years ago, Mbappé has risen to the ranks of the young Ronaldo. Early in the game, a quick sprint by Mbappé propelled him past the Argentinian defense into the penalty box where he was fouled. This gave the French their first opportunity as they received a penalty kick. Griezmann shot it and delivered! Then, the unthinkable happened. Right near the end of the first half, Di Maria hit it right in the net. The game was all tied up 1-1 heading to the break.

Right near the start of the second half. Mercado deflects a shot by Messi and hits it in. Now, the French are on the verge of elimination! 57th minute, the French respond right back tying it up at 2 goals each. The game continues on until the return of Mbappé, who scores another goal for the French side bringing them up 3-2. Just minutes later, Mbappé comes in again and scores for France.

Near the last minutes of the match, desperate Argentinian sides do whatever it takes to catch up. The 93rd minutes sees Sergio Agüero hit it in. Unfortunately, this wasn’t enough for them. Messi and company will go home tonight. France will move on to face either Uruguay or Portugal.

It is great to be a football player; you get to really live a great life. Not to mention the amount of money you make. Mbappé however, does not seem too motivated by the money. The man, who scored two goals for the French, wants to donate all of his FIFA earnings to charity. What a great guy!

Just a few hours later, Uruguay, led by the 71 year old Óscar Tabárez faced off against Portugal lead by, well, Ronaldo maybe? Uruguay delivered an incredible performance ousting the Portuguese. Early in the first half, Cavani, assisted by Suárez, shot it in. In the 55th minute, Pepe for Portugal responded tying this game up 1-1. This ended Uruguay’s run of 597 minutes of not conceding a goal. Pretty amazing, if you ask me! Then, in the 62nd minute, Cavani scores again for the Uruguayan side. Portugal tried very hard to make something happen, but block after block shut them down. Uruguay took this one by their teeth. It could not have happened without their head coach however.

Tabárez, pictured below, suffers from a rare degenerative disease known as Guillain-Barre syndrome. It mainly affects the limbs and causes numbness and weakness. Through it all, he decided to fight through and help his team move forward. The 71 year old is nicknamed ‘El Maestro’ (The Teacher) since he used to work at a school. 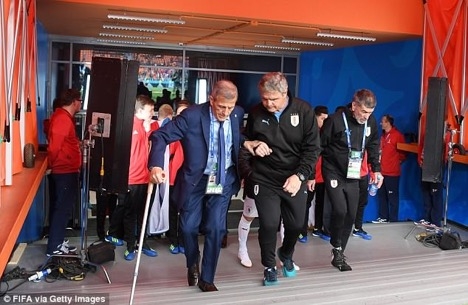 At the end of today, two teams are through. France and Uruguay will be facing off next week on Friday at 7 A.M PST. This one will be quite the thrill. I think it will be very close, but France will have the edge. Looks like Messi and Ronaldo won’t be meeting for a match this world cup. Yet, they will still be meeting at the airport on the way back!

Tomorrow we will see the World Cup hosts face off against 2010 World Cup champions. Later in the day, a powerful Croatia will face off against Denmark, who tied against France. I think Croatia and Spain will come out victorious. Stay tuned for more updates!