The Daily Nexus
Opinion
I Have To Have Sex With Someone Before I Can Get To Know Them
June 20, 2018 at 1:41 pm by Veronica Meyers

I have to have sex with someone first before I can get to know them. No, this isn’t a way to filter out the ones who are good in bed from the ones who aren’t – it’s just my way of getting to know someone. 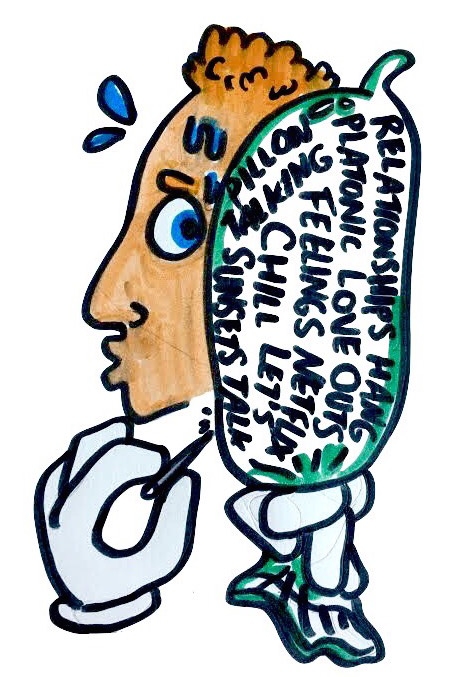 I would, to an extent, equate my tendency to have sex on the first date to that of a handshake. I am not kidding. Specifically, a very firm handshake. There’s something about seeing the other person naked and at their most vulnerable that makes me more comfortable with them afterwards. I wouldn’t necessarily identify it as a way to receive instant gratification because it isn’t; it’s just my preferred method of a fun icebreaker.

Most times it backfires. I’ve had people tell me after sex that what we’re doing is too fast or that they’re not looking for anything serious. But the thing is, I don’t think I’m going too fast, and maybe I don’t want anything serious as well. For me, sex isn’t an indicator of how developed a relationship is because I don’t think sex is that serious. It’s just my way of creating an initial bond.

I’ve had a guy break up with me once because I failed to offer him enough of a “chase.” This is understandable. For him the chase was the road that led up to the sex, but for me the chase was what we could have achieved even after the sex. I refuse to see sex as the pinpoint or climax (pun intended) of a relationship, and that’s part of the reason of why I do it first. How well can we connect with each other even after the fact? Can we do something more with our relationship?

I think society puts too much pressure on sex to be this big, relationship-time-marker when it’s simply just a form of interaction.

But before an old white dude can post in the comments section about what I should do with my body instead, let me tell you this: have you ever considered the idea that intimacy doesn’t always have to rely on sex? I’m not saying that sex isn’t sacred or special or important because it is all those things. What I’m saying is that there is a deeper form of bond and communication than sex, and to me, reaching this medium together is the chase.

There’s a different kind of thrill that comes with trying to find another, nonsexual way to bond after sex because the strongest forms of intimacy lie in actions that are the least sexual. I think society puts too much pressure on sex to be this big, relationship-time-marker when it’s simply just a form of interaction. I know that most people place more importance on sex than I do, but this is just how I view sex to be. Sex is just sex, and sex would be nothing but a daily happening if it weren’t for the heavy implications and taboo society imposes upon it.

Wanna go on a date tonight

Rape is just rape, and rape would be nothing but a daily happening if it weren’t for the heavy implications and taboo society imposes upon it.

Some people are just pigs, sick to the stomach.

Guess you fucked your professor too

Are you tryna be funny?