The Daily Nexus
Science & Tech
Consciousness Conundrum
June 7, 2018 at 5:16 am by Jacqueline Wen 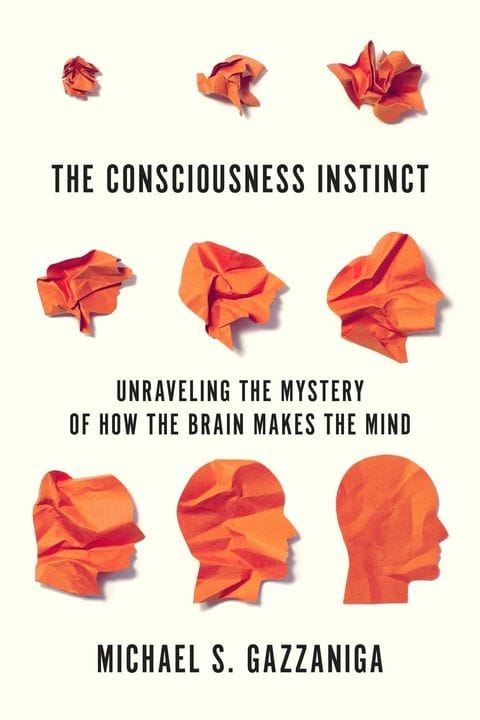 In everyday conversations, we often use the words “mind” and “brain” interchangeably. For psychologists and other researchers studying the mind-brain problem, the two terms hold very different meanings.

The mind-brain problem highlights the quandary of distinguishing the brain, the physical organ, from the mind, associated with thought, feelings and consciousness. What is the nature of consciousness, and how does it fit in the relationship between the mind and the brain?

In his new book titled The Consciousness Instinct: Unraveling the Mystery of How the Brain Makes the Mind, Michael Gazzaniga, a professor of psychology and Director of the SAGE Center for the Study of the Mind at UC Santa Barbara, explores such ideas.

“How do neurons become the mind? That is the big gap in mind-brain research and all kinds of research, actually. How do you get from one layer to the next? There are ideas in the book about it that build upon the work of a theoretical biologist named Howard Pattee, that you have to think of it as a problem of complementary. There is a physical brain producing a code which then becomes a symbolic representation, and you have to put both of those together to understand the full problem. You can’t talk about one or the other,” Gazzaniga said.

Featuring a range of topics regarding consciousness, Gazzaniga’s book includes clinical studies showing the kinds of deficits in consciousness that occur with such conditions including brain lesions, strokes and dementia, as well as ideas about how the brain is possibly organized and how we should think about what consciousness is.

“[The book is] an attempt to bring together a lot of historic information and some scientific thoughts on what we mean when we talk about consciousness,” he said.

He describes consciousness as a “suitcase” word, containing many different meanings to different people, which he unpacks in his book. According to him, in neuroscience, consciousness is an existing “thing” that can be understood through the complicated brain network interacting in a particular way to produce the sensation of a real experience of personal consciousness.

“What I argue in the book is that our brain is actually made of all kinds of independent modules,” Gazzaniga said. “And each of those modules have the capacity to produce this felt sense — that when we have a cognitive action, we have a memory of a felt sense about it — and what we’re calling consciousness is actually the expression of these independent modules through time.”

In an analogy, Gazzaniga compares the concept of consciousness to boiling water. As each subsequent bubble rises in heated water, through time, it appears as the unified experience of boiling water. “In fact, it’s each of these bubbles, or modules, which have the capacity to give it this dimension, this felt state. The same way of thinking applies to consciousness. [The independent modules] are being expressed and through time, we call that consciousness.”

The concept of consciousness has been around since the Greeks first came up the idea that it was produced by the mind/body. Then in the next 1,700 years, another idea emerged, agreeing with the Greeks that the brain generates the mind but adding that there is a ‘soul’ that leaves the body once a person dies. A third view, Descartes’ concept of dualism, offers the idea that the mind is independent of the brain and makes contact in the brain at certain sites, like the pineal gland or elsewhere, to produce consciousness.

“As I see it, those are the three ideas we’ve come up with that have endured through history,” Gazzaniga said. “What I do in the book is take that all the way up to modern times. There was a conference at the Vatican in 1962, and the three leading neuroscientists at that conference had three different views, each with one of the views I’d just described. And if you go to a neuroscience meeting today, you’d hear those three views. So people hang onto a perspective on consciousness, independent of the data and the world around them, and how it’s being viewed by scientific folks. One doesn’t have to conclude from reading this book that you should abandon all other ideas. This one should be one that’s discussed as well.”

Ultimately, Gazzaniga hopes his book will contribute to the discussion about consciousness and even inspire future researchers to tackle the mind-brain conundrum. “This book, in particular, I hope has appeal to people in engineering, biology, psychology and elsewise because, really, understanding this problem is for a future generation. We’re nibbling at the edges and giving it our best shot [now], but it’s a complicated problem and a good one to try to solve.”