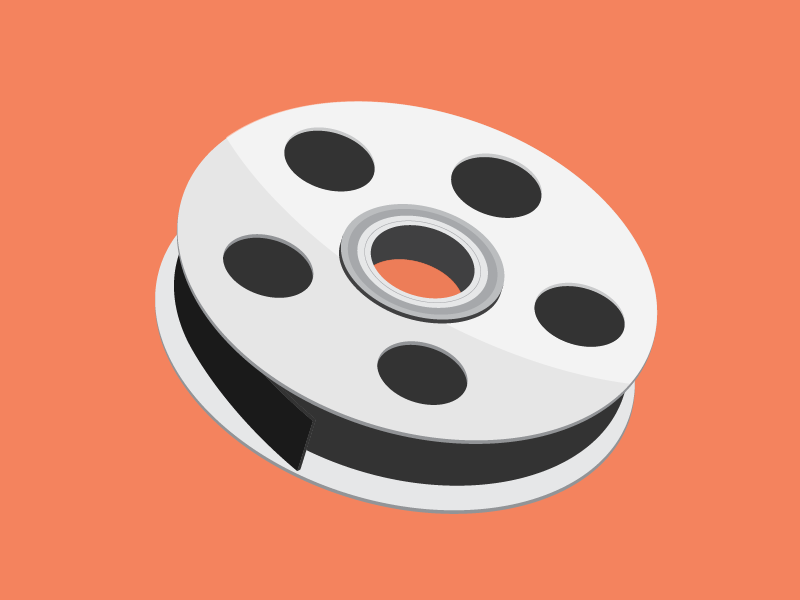 In October 2014, I went on my first assignment for the Nexus: to cover the screening of “Band Baaja Baarat” at the MCC. What followed was four years of taking next to no assignments from the paper I wrote for and basically seeing the occasional movie for a buck, factoring in my pay from the Nexus.

Well, one sec. Now that I’ve spent four years squawking my incoherent opinions about movies that you probably never bothered to read, I might as well leave some kind of lasting influence. So, here you are. A guide to the movie theaters in Santa Barbara and Goleta, including some theaters on campus. I haven’t been able to go to all of them, so at least a few will be left out. Hopefully you find it helpful anyways!

Positives: By itself, the Arlington is a well-worn relic of the olden days of movie palaces. Its cavernous interior is modeled to look like a night time Spanish village, which certainly lends the place a lot of atmosphere. The rest of the theatre is clean, ornate and best of all, isn’t more expensive than any other movie theater.

Negatives: Not exactly the place to watch a serious drama in. I saw “Spotlight” here, and the theatre echoed from the booming speakers and lack of audience. Definitely only come here for a blockbuster. “Ready Player One” definitely suited the place a lot better.

Positives: You can go right outside to get dinner from the snack shack.

Negatives: Everything else. Film students and professors alike loathe Buchanan Hall. If the picture doesn’t fail, the sound does. The temperature always seems to be off. You need to slump in your seat to see the undersized, dirty screens. Seeing the original cut of “Star Wars” in that place was truly painful.

Positives: The proximity. It’s one bus ride away, and a short walk if you live around FT. The tickets are $7 on Tuesdays and there are some arcade games if you feel so inclined. The interior is very welcoming and if you need to eat afterwards, there’s a bunch of restaurants outside you can fill your belly at. I recommend the Kahuna Burger joint, if you’re feeling particularly referential.

Negatives: The clientele. Generally, I’ve found that the more convenient a theater is to get to, the ruder the audience is. I had to ask a chattering couple sitting right behind me during “Infinity War” to be quiet. The boyfriend promptly told me to suck his dick and the girlfriend kept going “Sheeit!” in what sounded like a heavy Russian accent every time something happened for the next two hours.

Positives: If you’re looking for a film in limited release in Goleta, like “Brooklyn” (the only movie I ever saw there), this charming little twin theater is the place for you. It’s also right by a cafe if you’re feeling tired or hungry.

Negatives: No car? Expect to take the 11 and have to walk.

Positives: The traditional passion pit experience: screenings in the dead of night in the privacy of your own car, complete with hot dogs. They even have old-as-dirt arcade games at the snack shack—the kinds you saw during commercial for Chuck-E-Cheese’s when you were in elementary school.

Negatives: Leaving your car running to use the radio to hear the movie runs the risk of killing your battery.

Positives: You can go see movies on the cheap that might not even be out in theaters yet, and see their cast and crew talk about them! One treasured memory of mine is seeing Steven Spielberg’s “1941” and hear one of the writers diss it. The audience is generally comprised of film students and old people, so it’s usually pretty quiet.

Negatives: Food is restricted to the lobby.

Positives: I have two words for you: Dolby Atmos. Candy for the ears, ambrosia for your temporal lobes. When I went to see “Blade Runner: 2049” here, the audience was told how an audio engineer who had seen the movie 37 times said that the sonic experience at the Riviera was the best he had had yet. And how.

The theater also prides itself on showing movies that fall well outside the mainstream, such as “The King’s Choice” and Cannes darling “The Square.” So if you want to see a film that will redefine how you listen to movies, this is the place to go.

Negatives: Unless you have a car, this theater is very out-of-the-way. It’s a 20 minute hike from State Street (which is pretty much how I got most of my exercise for Fall Quarter), and even though it has this amazing sound system, don’t expect to see it paired with many blockbusters, if any. Even the Atmos can be a crux — watching “Mother!” with it was the most viscerally unpleasant experience I’ve had at the movies. Also, the snacks are few and abhorrently expensive.

Positives: There are two programs here: Free Tuesday films and Magic Lantern. The former is just how it sounds and Magic Lantern provides $4 movies on Mondays and Fridays. Occasionally, you may even catch a marathon of “Harry Potter” and “The Lord of the Rings.” Sneaking in outside food and beverages is encouraged and you can occasionally win a poster from trivia competitions. Also, if you’re a film buff, you can always talk to DJ Palladino and his students in the lobby.

Negatives: If students aren’t talking behind you, they’re checking their text messages or Snapchatting scenes from the movie in front of you. On rare occasion, drunk homeless men wander in and start shouting at the screen and dropping bottles all over the place, although security will quickly remove them. The men’s bathroom is gnarly and the urinal laughs at anyone below six feet. Only one of the water fountains work.

So, that’s it. That’s my guide. But before I go, let me leave off with some other general movie advice. Or rather, a plea. Because this stuff bugs me.

Don’t sneak snacks and drinks into the theater. Movie theaters get most of their money from concessions, since movie studios take most of the ticket sales. Don’t leave your trash around for the staff to pick up. Don’t send Instagrams or Snapchats or whatnot of whatever movie you’re watching and shine your phone’s light at the person sitting behind you. And for the love of god, stop exclaiming, “Oh shit!” every time something happens that surprises you. You’re in a public theater, not your living room.