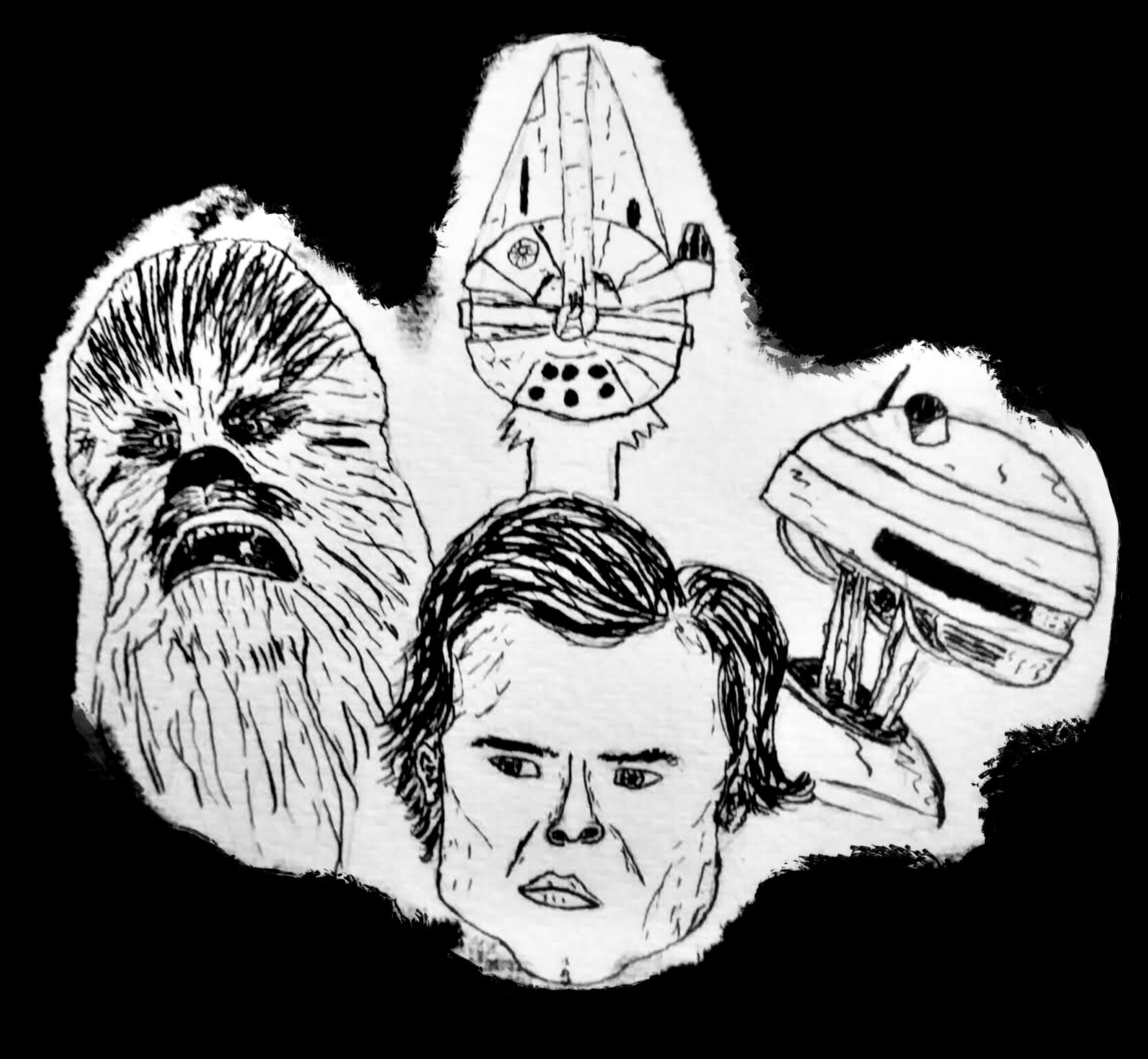 I joined the Daily Nexus in October 2014. After turning my first assignment in late and still being hired for some reason, the first thing I did was go up to my then-editor, Audrey Bachelder, and ask her for dibs on reviewing “Star Wars: The Force Awakens.” Go ahead, she said. I did it twice: one fake review for April Fools — thus technically making me the first person on the planet to write a review for “The Force Awakens” — and a real one that nobody read because they were too busy watching the actual thing.

I spent a year and two months in fervent anticipation of seeing that movie and getting to write my review of it, hot off the heels of a one-year-stint as the Entertainment Editor of the Pony Express at Pioneer High School in San Jose.

“But Alex,” you might say, “I don’t give a flying fuck about your nostalgic pre-graduation reminiscing. Is the movie any good or not?”

And, faithful reader with the colorful sentence-enhancers, I would say no sir. No, it is not. It looks good. It sounds good. It’s not a train wreck by any means.

The thing is, these kinds of train wrecks are actually fun to watch.

I am actually surprised by how much I didn’t care about what was going in “Solo: A Star Wars Story.” With prequel movies — especially those bearing the burden of the “Star Wars” brand — that’s to be expected, especially when you know where certain characters are going to end up at some point. But even with the new characters, played by actors of great repute like Emilia Clarke and Woody Harrelson, I was disappointed by how this movie spectacularly failed in making me care about them.

In case you’re one of the unfortunate plentitude who had no idea this was even out, “Solo” is how Han got his start in the criminal underworld, although it’s not quite as focused on revealing how he became the roguish Harrison Ford-figure than it is on showing us how he got his gear. Alden Ehrenreich plays Han with enough charm to keep me from falling asleep. Same goes for rest of the cast — yes, even Donald Glover. They all do well enough to get by without leaving that much of an impression.

Interestingly, the only standout character I found myself getting invested in was L3, Lando’s co-pilot and further proof that Lucasfilm is better at creating more captivating droid characters than human ones. She’s a first in the new Star Wars canon, a droid who aspires to see her kind self-actualize and stop serving the whims of organic beings. That idea could carry a whole movie by itself, but here it’s little more than a character quirk that serves to the benefit of someone else’s story.

Unfortunately, it’s a story that I could not give less of a crap about if I tried. Writers Kasdan and Kasdan take events already explained in the old canon — like Han’s time in the Imperial army, his meeting Chewbacca, the Kessel Run, obtaining the Millenium Falcon — and compress it all into a heist film about nabbing valuable fuel. The major problem here is that since this is yet another prequel, we know where Han, Chewie and Lando end up, so not only are there pretty much no stakes to be had, it’s also very difficult to get invested in their development.

But there’s hardly any of that, either. For a long time via interviews, I’ve heard about how this movie explains how Han Solo became such a cynical smuggler, but we don’t see that. Instead, we’re treated to a movie that essentially serves as a shopping list: blaster? Check. Falcon? Check. Dice that were apparently in ”A New Hope” and were important for some reason in ”The Last Jedi?” Checkmate.

There aren’t any decent villains for Han to play off of, either. Dryden Vos (played by Paul Bettany, Vision from the “Avengers” movies) looks cool, but he’s barely around. Enfys Nest — no, there’s no apostrophe in there — looks cool, sounds cool, fights like a badass, and then all that mystique and danger that surrounds the character evaporates in a second when the film reveals that they’re actually supposed to be a good guy. Dammit, “Solo!” Quit disappointing me!

And then comes the part that baffles me. The film’s best scene, which doesn’t happen until after the climax and was the only part that got me genuinely excited, will probably confuse you unless you’ve watched “Clone Wars” or “Rebels.” As much as I appreciate the fan-service/sequel-bait, what’s the karking point if every entertainment outlet on the Internet has to write articles explaining it to the general moviegoer?

Don’t get me wrong, I’ve seen worse. And as per usual, I’m probably making it sound a lot worse than it probably is. But at the end of the day, outside of two fun scenes, abhorrent pacing, dull new characters and just-serviceable old ones and a distinct lack of anything new or fun bog “Solo” down and send it plummeting into a black hole of mediocrity to join the likes of Episodes I-III.

Alex Wehrung’s still going to see the rest of them, though.