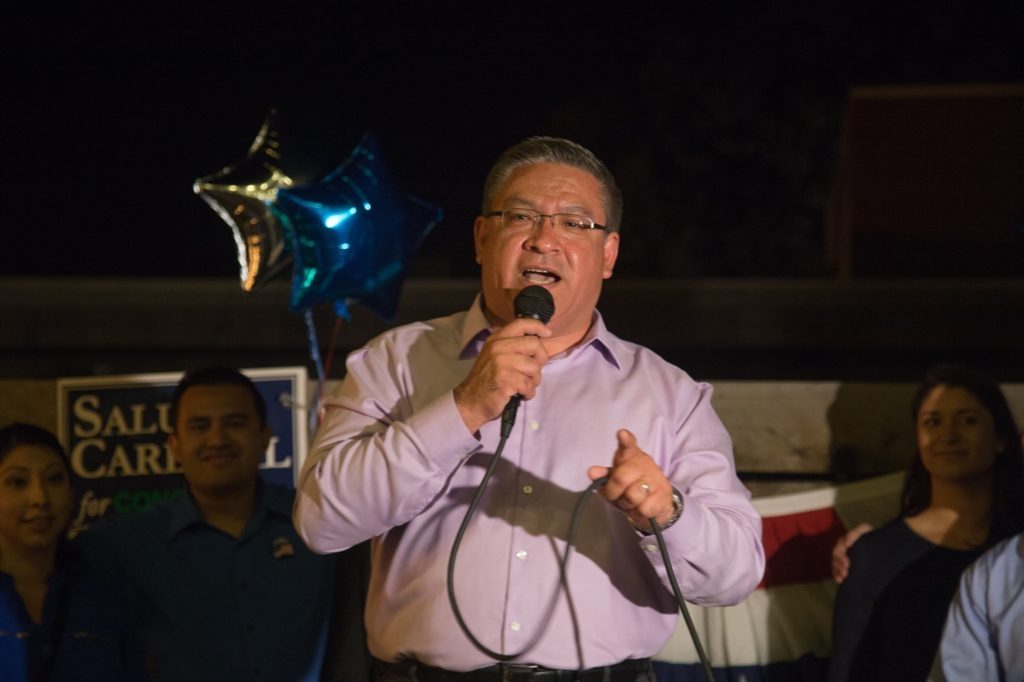 Santa Barbara Congressman Salud Carbajal signed a bipartisan discharge petition last Friday in an attempt to force the U.S. House of Representatives to vote on bills that would protect Deferred Action for Childhood Arrivals recipients.

“Obviously this is a long overdue vote that’s needed, and it’s forcing the leadership to have to bring this legislation forward,” Carbajal said in an interview with the Nexus.

Carbajal said the goal of the discharge petition is to have a bipartisan bill that provides DACA recipients with the same benefits that they have received under the DACA program.

The petition was first proposed by Florida Congressman Carlos Curbelo in mid-May.

As of Wednesday, 205 members of Congress have signed the petition, according to the Clerk of the House of Representatives. Overall, 218 congressmen and congresswomen must sign the petition for it to be considered.

If enough members of Congress sign the petition, the document will force a vote in the House on several bills, according to Carbajal.

The bill which receives the most votes in House of Representatives will be adopted under a “queen-of-the-hill” procedure, which is a special method members of Congress can use to allow a series of bills to be voted on, according to the Congressional Research Service.

The bill that then receives the most votes will pass the House.

House members can propose discharge petitions when a bill has been introduced and referred to a committee for 30 or more legislative days, according to the House of Representatives rules.

Carbajal believes legislation to protect DACA recipients would pass “overwhelmingly” if it was voted on in the House, according to a press release sent out by Carbajal’s office.

“There are many good bipartisan proposals to ensure that the nearly 800,000 DACA recipients who have grown up in this country, gone to school, and paid their taxes are allowed to continue living and working in the only home they’ve known,” Carbajal said in the press release.

Should the discharge petition gain the required number of signatures, the four bills likely under consideration are the Securing America’s Future Act of 2018, the D.R.E.A.M. Act of 2017, the Uniting and Securing America (USA) Act of 2018 and a bill that House Speaker Paul Ryan will propose, according to Carbajal’s office.

It is currently unclear what Ryan will propose, according to Carbajal’s office.

The Securing America’s Future Act of 2018, introduced by Congressman Robert Goodlatte of Virginia, would provide current DACA recipients a renewable legal status but would also decrease national immigration levels and authorize construction of a border wall, according to the House Judiciary Committee.

The D.R.E.A.M. Act of 2017 would provide lawful permanent residence status to DACA recipients and others meeting certain conditions and provide a path to citizenship for eligible individuals, according to a press release from Congresswoman Lucille Roybal-Allard, one of its sponsors.

The USA Act of 2018 would also provide lawful permanent residence status to DACA recipients and other eligible persons. It has additional provisions as well, including increasing the number of immigration judges, according to a press release from Congressman William Hurd’s office.

Carbajal said he is “very hopeful” that the discharge petition will gather enough signatures.

I pray every day that we vote this clown out of office in the next election.

If your prayers are as effective as the thoughts and prayers routinely offered to combat gun violence, Carbajal has no need to worry.

They should go home where they came from. Good luck getting back in with that Chicano studies degree.

Given your sentence structure (see above), you should consider a course in the proper use of the English language.

Worst representative this district has has in years! Time to vote Liberal Salud out in 2018.