The Daily Nexus
Sports
Black Tide: Ultimately More Than a Club
May 23, 2018 at 5:09 am by Andrew Strauss 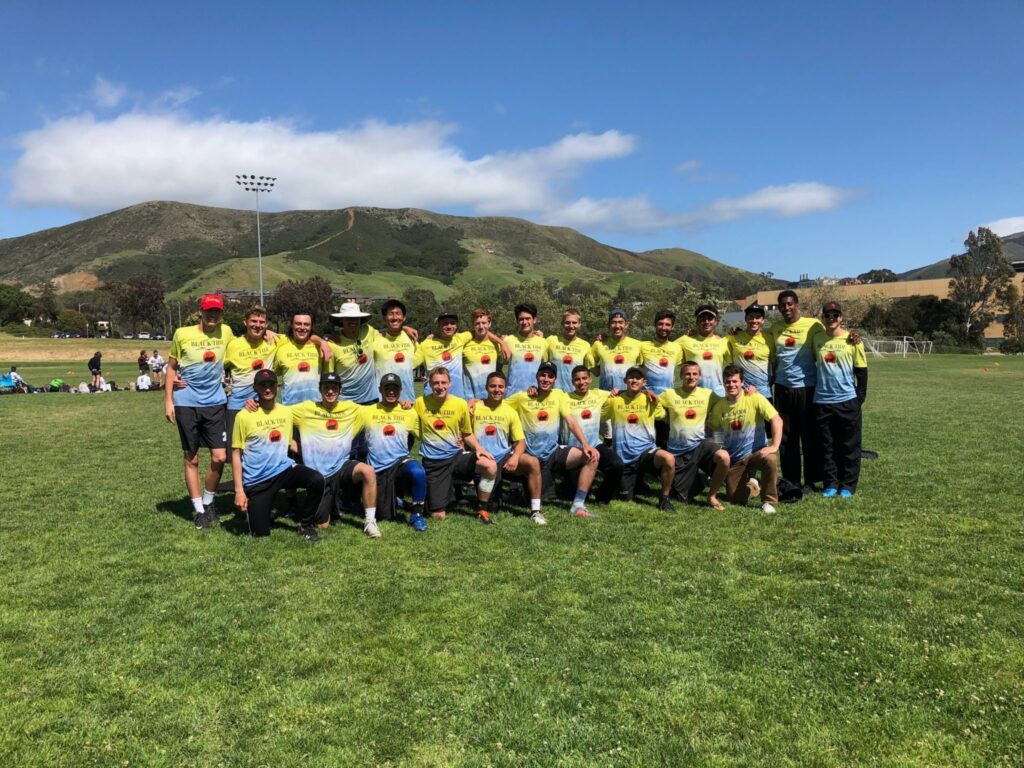 I sat down with three of the captains from our Men’s Club Ultimate Frisbee team, Arthur Pan, Bailey Wu, and Alec Kupelian

What do you guys think are some key things about Black Tide and ultimate frisbee in general that people may not know about?

AP: Personally, for me, it was a lot more competitive and provided a lot more opportunities than I originally thought. I came from baseball, and I realized that ultimate frisbee gives you the opportunity to make big plays, like laying out or jumping over people (which we call skying).

BW: I guess the sport has a big stigma when it comes to the word frisbee in general. You don’t really think of it as a serious sport, you think of it as being in the park or on the beach, but like Arthur said, when you get to college, you see all the intricacies that do come with it, like defenses, or zone or specific skill sets that each player has.

What are some myths about ultimate that you guys would like to dispel?

AP: I think most people find it super nerdy or hippie, or casual, but in the college level it’s pretty competitive.

When do most people tend to join the team?

AP: Well, I would say most people join it their freshman year, yeah.

BW: I definitely agree with that, but we also get some later years. Whether people hear from their friends or they come in and transfer, we do get some kids who come in after their freshman year, but the majority are definitely freshmen.

Cool. So, on more of a long term note, what do you think was your favorite part of Black Tide, or the thing you’ll look back on 10 years from now?

BW: Well, going back to your last question, it’s really cool how you’re able to incorporate all these people from different sports, because very rarely are you able to get someone who played frisbee all through high school. For the most part, it’s a team with people who have played soccer, football, golf, baseball, volleyball, tennis, really just a huge variety of sports. You formulate the team and each player can incorporate their previous experience into a role on a team. I would say that’s one of my favorite parts of Ultimate Frisbee.

AP: I would say that for me, when I look back, I’m going to look back at all my teammates. Me and Bailey are both graduating this spring, and there’s been a lot of college defining moments with frisbee. I feel like I’ve really grown up with my class rookies, and I learned how to balance a workload with school and practice and hanging out with everybody. Just the whole experience of the team and even beyond the sport itself.

So how often does the team practice?

AP: We practice two days a week on the field and two days of lifting, and then during season, we’ll typically have a tournament on the weekends.

So is there anything that you guys would like to say about Black Tide in general?

AP: Well, I don’t know if you know about the alumni network, but Black Tide was one of the earliest ultimate teams in the nation. We’re tied for the most national championships and as far as connections go you get to meet alumni dating back to 1984, and even in Regionals, we met Tom Kennedy, the founder of Black Tide.

What sports tend to translate well into frisbee?

BW: Well, I would say sports that test your agility, like football, soccer, so sports like that translate well into defense. Really, the biggest transition for freshmen is learning how to throw the frisbee and throw it with polish and precision. But then you also have guys like baseball players that have an advantage in terms of throwing, since their arms tend to start off a little bit better, so they might have an advantage to start. But sports like volleyball and basketball help too with verticality, and really a lot of different skill sets can work.

What types of positions are there in ultimate?

BW: The most generic is the handler and the cutter, which if you break that down is similar to a quarterback and wide receiver, where the handler is touching the disc a lot. He has more polish with his throws, while a cutter, his main job is to catch the disc, whether that be with his verticality, something we call his radius of catchability, or just juking out the defender very often. So yeah, in very broad terms those two tend to be the general positions.

What would you guys tell people who were thinking about trying out next year?

Arthur:  Well, I would say if you’re unsure, just come out, because for most people, college ultimate is not what their image of it is like at first, whether they played in high school or not. Almost everyone I have talked to has said it’s more competitive than they thought.

Bailey: Yeah, I would agree with that. College is all about finding your fit, your group of people. Our team is really diverse, and not just in the sense of diversity, ethnicity or culture, but in our majors, and it can just be more than frisbee. It’s honestly a family. People have gotten jobs through Black Tide, because you really do meet so many different people and you form such deep connections. It really is like a family.

What do you guys think your best traditions are?

AP: Well I would say one of our best are Black Tide Pride, and honestly, I love our jerseys. I think they’re the best in regionals. We have really cool tie dye jerseys, and those date back to the very beginning of our program.

AK:I would say one that’s been really important to me is BFTB, or “Black Tide for the Boys.” Another great one is “Black Tide Never Dies.”

BW: Oh, and a goofy one we sometimes say in games are “ooze, gush, stick, crush.” I still don’t know what that really means.

AK: Well, our team name refers back to the 1969 oil spill in Santa Barbara, so that’s what the ooze gush part is referring back to, and the stick crush part is about sticky defense, and we want to crush the other team.

BW: So right before kickoff, one side will say “ooze, gush,” and the other will say “stick, crush,” just to give that sense of unity, and really showing the people on the field that they have 14 teammates who have their back.

What’s been the most memorable part of being on the team?

AW: Well, at the end of my freshman year, I was diagnosed with cancer. I had a 19-centimeter tumor in my left hip, and I had to do 11 months of chemo. So I went back home, and I was inpatient, which meant I was in the hospital every week. So for me, this team is always for the boys, and that means something to me. In my year off, I still had people driving down to L.A., since I was at UCLA, every few months to check up on me and hang out with me. So for someone who had to leave school for a while, it’s really hard, because all of my friends from high school were at college, and all of my friends at college were obviously at college, so I was alone with my family, so it meant a lot to me to have people drive down. I was just a rookie at the time, and I still had seniors, I still had fifth-year seniors, sophomores, freshmen, just everyone wanted to check up on me. That was the reason [why] when I came back that it didn’t matter the rehab I had to do, it didn’t matter that I couldn’t run the full length of the field without throwing up, because I knew I had to come back to this team. I hadn’t met these people before, like Arthur and Bailey, but it didn’t matter, because I was Black Tide. They were Black Tide, and that means that we’re family.

After the interview with Black Tide, I’m starting to get why people on the team have such a feverish devotion. More than most clubs, the family bonds are really there, and they all seem to really enjoy each other. This was a great experience, and go Black Tide.