The Daily Nexus
Virtual Reality
‘#Canceled’ Culture Has No Place in the Classroom
May 18, 2018 at 2:27 pm by Harper Lambert

Like a betta fish, the life cycle of a social media scandal is short-lived and predictable. Allegations are made, old racist Tweets resurface, or a celebrity is caught saying something offensive on camera. The Internet descends into total madness. Our news feeds are flooded with statuses and reaction GIFs.

When another story breaks, the world moves on, but not without a proper send-off. On the Internet, justice is served in the form of a hashtag: the offender is declared #canceled.

According to Brand24, a data analytics website, use of the term “canceled” has skyrocketed on Instagram, Facebook, and Twitter in recent months. This is no coincidence. Between the #MeToo movement, gun violence epidemic and celebrity Trump endorsements, the hashtag is having a banner year.

However, its usage is hardly confined to celebrity slip-ups and predatory politicians. #Canceled has made its way from cyberspace into everyday life. What started as a Twitter trend has evolved into an entire culture—one that suppresses free speech, stifles critical thinking and impedes education.

When a single inquiry has the power to destroy a person’s reputation, we need to reflect on what that says about our society.

Although the hashtag is new, the sentiment behind “canceled culture” is not. Despite our differences, we are united by our passion for rejecting ideas that oppose our own. This has only intensified in light of current events. Whether it be the Israeli-Palestinian conflict or the latest Kardashian scandal, every topic draws a line in the sand, demanding that we choose a side and stay put.

This zero-sum approach to conversation is reaffirmed by our language. Debates yield winners and losers. Winning an argument is described as “shutting down,” “killing” or “destroying” the opposition.

#Canceled takes this one step further. It calls for the rejection of not just ideas, but people. In the eyes of the Internet, there is no difference between a person and their views. When someone voices an unpopular opinion, they are deemed immoral and incompetent. This conflation of ideas and personhood turns misinformed people into social pariahs. Instead of trying to engage with them, the community cuts them off.

Shutting people down on social media sets a dangerous precedent in the real world. It sends the message that humiliation awaits anyone who speaks against the status quo. People are discouraged from asking questions out of fear of messing up and sounding ignorant. How can we expect people to learn if they aren’t permitted to make mistakes? 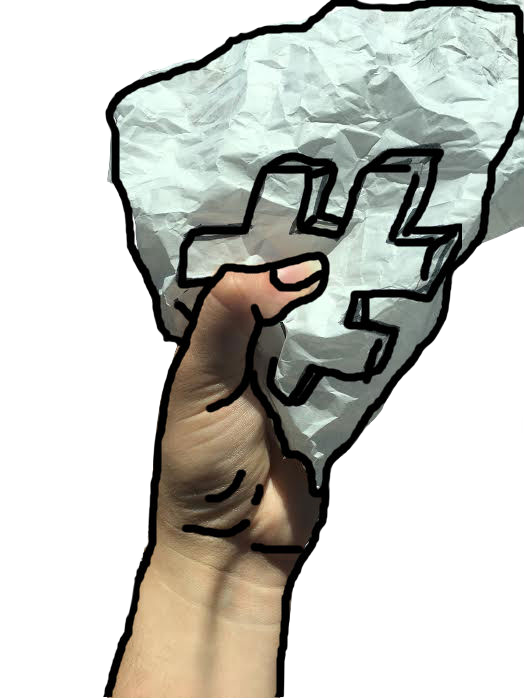 Each individual’s worldview is a patchwork of experiences and values. These experiences and values are shaped by race, family, class and ethnicity, among other factors. What I’m trying to get at is that everyone brings a unique perspective into the classroom. It’s important to keep in mind that not everyone comes from a social justice background. Not everyone grows up knowing every “-ism.” That’s what education is for. Unlearning harmful ideologies and ingrained biases is part of the learning process, not a prerequisite.

Nowhere is cancelled culture more pervasive than on college campuses. I’ve heard professors say “All opinions are welcome” before chastising students for disagreeing with theirs. I’ve had teaching assistants who promise that their section is a “safe space,” yet condescend anyone who dares to disagree. I’ve refrained from raising my hand out of fear of tripping over my words, even when I agree with what my professor is saying.

We must work to end canceled culture both on- and offline. On social media, we should continue to hold others accountable. However, this should be motivated by a desire to spread awareness, rather than to exile.

Educators can do their part by making their classrooms safe spaces for making errors and asking questions. This can be done through discussion-based learning. In my junior year of high school, my class participated in a semester-long program about race and gender. On the first day, a boy asked a question about white privilege that easily could have branded him #canceled. Instead, my teacher took this as an opportunity to explain the concept to everyone. I believe this approach would work just as well in higher education.

When a single inquiry has the power to destroy a person’s reputation, we need to reflect on what that says about our society. By dissuading people from asking questions, canceled culture endangers education, spurs divisive rhetoric and discourages empathy. If it continues to trend in the classroom, we might find ourselves stuck between a rock and a hard place—or rather, a hashtag.

Harper Lambert believes that the classroom is not the place to chastise other students for trying to learn.

“Not everyone grows up knowing every “-ism.” That’s what education is for. Unlearning harmful ideologies and ingrained biases is part of the learning process, not a prerequisite.”

Sarcasm has no place in the classroom especially when used to demean a student asking a question or presenting an idea. Perhaps it would be a good idea for persons wishing to teach in college to have some training as do all people in K-12?

But like… there kinda IS no difference between a person and their views. Obviously political views are but a part of a person but still if someone’s view is that, say, DACA recipients should be deported, then 1) that viewpoint existentially hurts people’s lives 2) how likely are most people who believe that going to listen to anyone trying to teach them otherwise? Like there’s a massive gap between people who aren’t informed and are actually trying to learn about the implications of an issue and people who have already picked a side. People shouldn’t get cancelled for the former,… Read more »

Your DACA example shows why the author is correct. You are so convinced that DACA recipients should not be deported that you are willing to shut down anyone who disagrees, or at least that’s how I understand your point. Tell me if I am wrong about that.

The appropriate way to “call someone out” on his DACA opinion is to explain your opinion, not to tell him he’s canceled, or that he has no right to speak.

Conclusion: Professors’ reward system places extreme value on research. Teaching is given lip service, but there is no required training and the reward system heavily minimizes teaching.

That is the business model for most big-time Universities, not just the UC. And it IS a business.

Great article. Agree with every sentence.