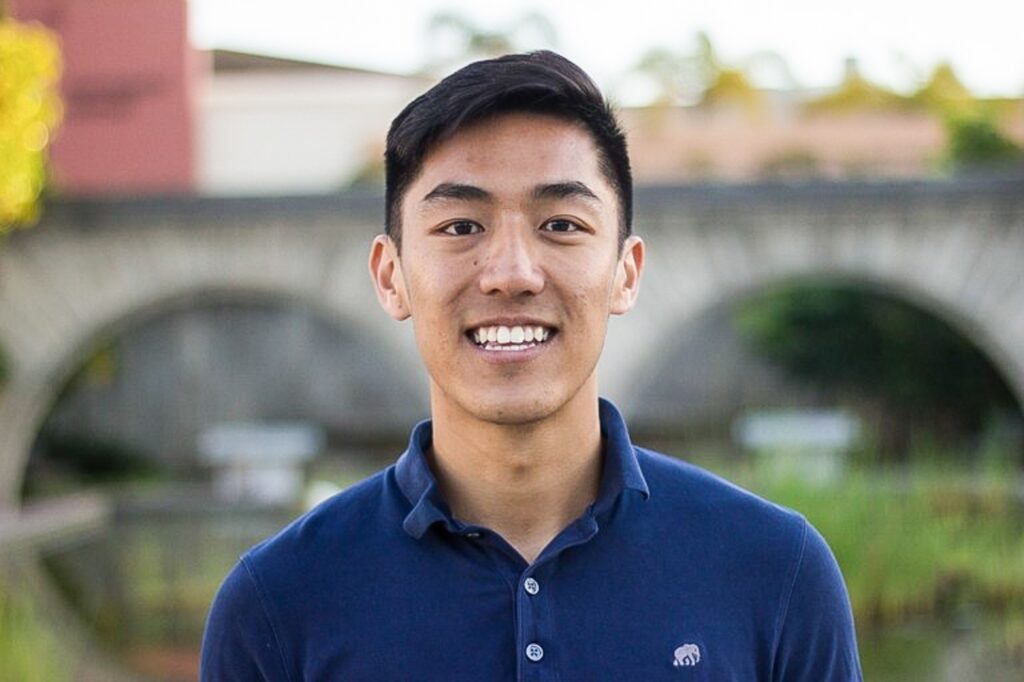 Despite the volatile nature of UC Santa Barbara’s 2017-2018 school year — which included two natural disasters — soon-to-be former A.S. President Hieu Le said it was “everything [he] expected it to be.”

“I know it was going to be challenging,” Le said in an interview with the Nexus. “But I know what I signed up for and I’m proud. I would do it again if I could.”

“I think having someone who isn’t shy to stray away from conventional norms was a very positive thing in terms of being a transfer,” Le said. “I think having a fresh, innovative perspective [is good] as someone who hasn’t been bogged down by the politics of A.S.”

He ran on a platform of lowering student fees, “reclaiming” higher education by focusing on college affordability, creating student-owned businesses and “opening up” A.S. to historically marginalized communities.

Throughout the one-year term of his presidency, he was effective in tackling issues involving sexual assault, addressing college affordability and opening up A.S.; however, he fell short on creating student businesses and working to lower student fees.

Le addressed his first platform item, tackling college affordability, in part due to his work as a delegate within the California Democratic Party.

“Being a delegate to the California Democratic Party put me in a unique position to address [college affordability] first hand,” Le said.

“We had brought forth the concept of food insecurity, which at that time was kind of a new concept, and we had told [Monique Limon] that 48 percent of UCSB students were food insecure,” he said. “Subsequently, after her term began in 2017… she introduced legislation on our behalf.”

He explained the bill “ended up becoming multiple different things” but eventually Assembly Bill 453, which was adopted into the state budget, resulted in $3.5 million in state funds that would be used to address food insecurity system wide.

He explained that the Democratic Party adopted “the most progressive party platform in the country,” which included having tuition-free colleges.

“I was proud and fortunate to be a co-sponsor for that resolution,” Le said.

Additionally, Le said he and Lobby Corps lobbied against the proposed UC Regents tuition hikes, when the regents proposed another tuition increase.

Since the year 2000, 90,000 students have been enrolled systemwide, but UC still receives the same level of funding, according to the UC website.

While not an item on his platform, Le said he is proud of “protecting the health and safety of students” during the Thomas Fire by asking UCSB Chancellor Henry Yang to delay Fall Quarter final exams.

When the Thomas Fire first hit the Santa Barbara and Ventura Counties during early December, Yang initially said the Fall Quarter would continue as scheduled.

However, following several power outages and “hazardous” air quality, Le “pushed back against faculty who did not want to be inconvenienced” and met with Yang to discuss moving finals.

Le said he sent an email to Yang, asking him to cancel finals and classes, and Yang had responded asking to meet.

“Having test anxiety … in addition to horrible conditions, no student should ever go to school when it was that unsafe,” Le said.

On women’s issues, particularly regarding sexual assault, the A.S. President’s office was involved in the creation of a UC-wide Title IX student advisory board, according to Le.

“[We wanted] to be able to address many of the dangerous things that were happening federally, especially with the Title IX rollbacks from the Obama-era guidelines,” Le said.

Salvaty later resigned in part due to the daily commute of the job and the board is currently working on potential amendments to the UC system-wide policy.

While Le succeeded in several items on his platform, he failed to lower student fees and worked to raise them during Spring Quarter with the “NewCen” project.

The project, which involved an innovation lab, renovated food bank and a drastic remodel of the University Center, would have eventually increased student fees by close to $100 a quarter, a number that would rise due to inflation.

It failed with 81.69 percent of students voting no on the A.S. Elections ballot, but not before the project became a source of controversy across campus.

“I wouldn’t say there’s anything I would have done differently with the NewCen, but I would say that I still stand by my decision to push forth that measure,” Le said.

He said his decision to push for the renovation was “in line with [his] campaign values” because the UCen is a “dying building.”

“It’s very shortsighted for students to be paying into a building right now that’s dying,” Le said. “The fact that the value of those dollars that would be spent on revitalizing is worth a lot more than what is currently being paid into a building.”

“We formulated a very comprehensive plan… to be able to give students the opportunity to go innovate, start their own business, and take their own ideas to the marketplace,” Le said. “We attempted, and that is just the way that democracy works.”

Le’s successor, Campus United candidate Brooke Kopel, won by a narrow margin of 2.04 percent over her opponent Justice Dumlao, who ran with the Isla Vista Party.

Kopel, a third-year political science and history double major, is currently on the A.S. Senate as a letters and science senator and was the first senate pro-tempore.

Le praised Kopel’s capabilities and encouraged her to take time to do the things she loves outside of the job.

“She’s gonna do a great job,” Le said. “One piece of advice I would say is try to enjoy your senior year as well.”

Shithead canceled finals after I already was prepared and ready to take mine.

Mayela and Hieu truly deserved all the shit they got this year :) good luck to them getting jobs post-grad when they google them and find out how garbage they are lol!!

F minus. I don’t waste my time voting, but only a fool would vote for this tool.