The Daily Nexus
Sports
Breaking Down the Fan-Favorite Players of the NBA Playoffs
May 17, 2018 at 5:00 am by Jake Ciccone 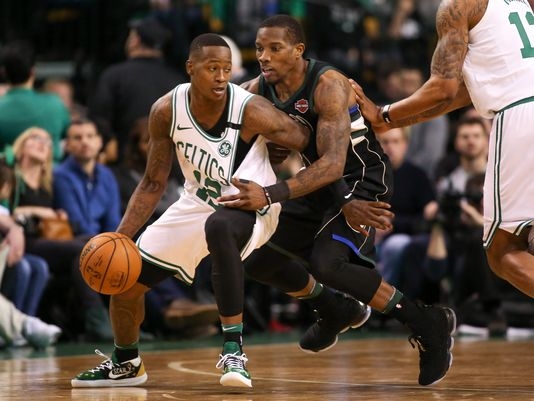 The NBA playoffs are where each team’s championship aspirations are put to the test and we get to find out who the real contenders are. Every playoff team has a star that knows how to get it done, but it often takes the elevated play of an unsuspecting player or two in order to push them to the next level.

These players often attain nationwide admiration for clutch play, team leadership, and even relevance in popular meme culture. These qualities mix with the high-intensity of playoff basketball to create a lovable underdog in the eyes of fans. Here is the breakdown of the three most impressive fan-favorite players of the 2018 playoffs so far. 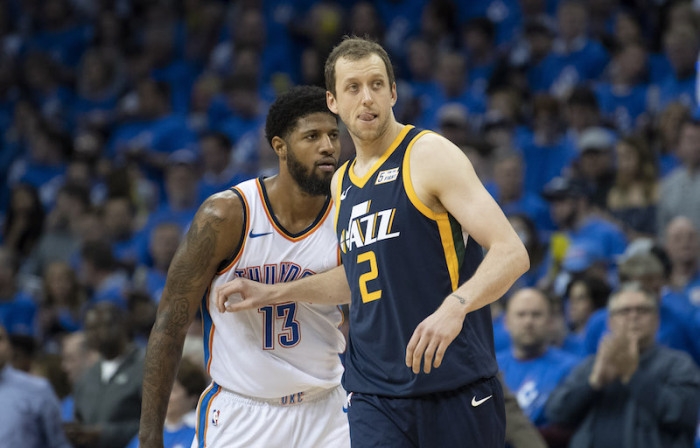 Any player who is a marksman from deep and a fiery trash-talker is guaranteed  to become a fan favorite in his home arena as well as with fans around the country. When that guy looks like everyone’s “cool” high school english teacher and he gets buckets in the playoffs, he reaches another level of admiration.

Joe “Jumping Joe” Ingles has solidified his role as a key player for the Utah Jazz as they surged to end the regular season and kept their momentum moving into the playoffs, where they took down the Thunder in the first round. Ingles lit up OKC for 20+ points two separate times in the six-game series, but it is easy to argue that his most important contribution was getting in Paul George’s head and significantly affecting his play.

This all culminated in an atrocious 2-16 shooting performance by George in game 6, proving once and for all that Australian trash-talk is one of the most detrimental forms of trash-talk that exists today.

Ingles cooled off slightly as the Jazz fell to the top-seeded Rockets in round two, but he did drop a signature 27-point performance in Utah’s lone win in that series. Joe Ingles has clearly found himself a place on an up-and-coming Utah team that should be a major threat in the upcoming years. 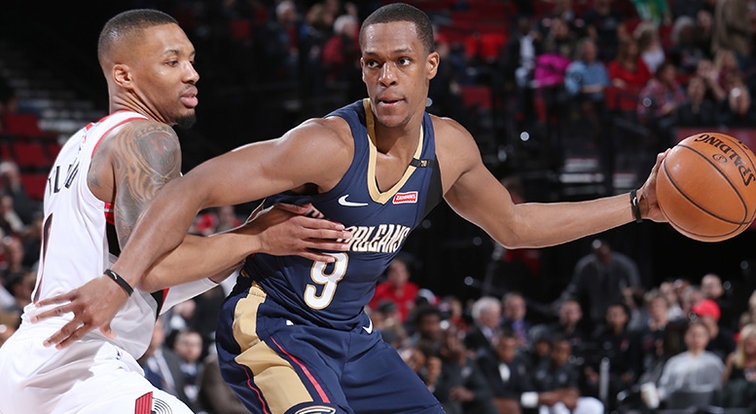 The resurgence of “Playoff Rondo” became a major storyline in the playoffs that coincided with the surprise run to the second round by the New Orleans Pelicans. Rondo looked like a lifeless corpse on the basketball court in his seasons without playoff basketball since he left the Celtics in 2014, and we have all been waiting to see what he was capable of with a solid team around him.

The opportunity finally presented itself alongside All-Stars Demarcus Cousins and Anthony Davis in New Orleans, where he finally seemed focused on both ends of the floor and put up some impressive numbers in the team’s two playoff series (10.3 points, 7.6 rebounds, 12.2 assists).

Rondo had several monster statistical games including a 10 rebound, 21 assist game in a home win over the Warriors, but maybe the most impressive part of “Playoff Rondo” has been the leadership that he showed as one of the few veterans with championship experience on the roster.

He was often seen calling out plays and defensive adjustments from the bench as well as standing up for his teammates and not backing down to players like Draymond Green. Rajon Rondo is one of the most unique players in the NBA today and it is clear that he still has some good basketball left in the tank, so hopefully we will see more stellar play from him in the future. 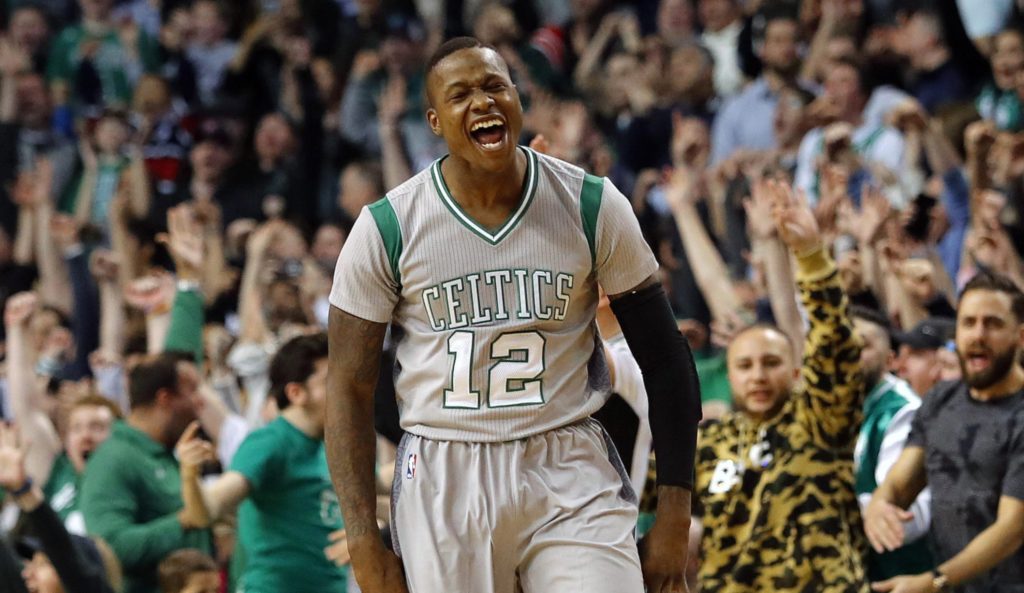 “Scary Terry” sounds like the title of a low-budget 80’s horror movie rather than an NBA player’s nickname. But it does stand true that there is nothing scarier than finding yourself guarding Rozier one-on-one in the open floor, just ask Eric Bledsoe (too soon?).

Whatever you wish to call him, Terry Rozier has stepped up in the absence of All-Star Kyrie Irving throughout these playoffs and been a must-watch player in his own right.

His clutch shooting and his beef with Eric Bledsoe made numerous headlines as the understaffed Celtics took down the Bucks in a thrilling 7 game series. He followed that up by going up another level to slow down the red-hot Sixers and beat them in 5 games.

Scary Terry is averaging an astounding 18.2 points, 5.8 assists, and 5.5 rebounds per game throughout the first two rounds, a substantial increase from his regular season averages of 11.3, 2.9, and 4.7.  Part of Rozier’s likeability comes from his exciting, fast-paced style of play, lights-out shooting (39.6% from three on 8 attempts per game), and his numerous highlight-reel finishes over helpless defenders.

His attempts to embrace the outpour of admiration have only increased the magnitude of his legend among fans and if he ends up leading the Celtics to a possible NBA finals birth, “Scary Terry” might be a name that is forever inscribed into Celtics lore.