The Daily Nexus
Science & Tech
UCSB Researcher Evaluates Sundowner Winds
May 10, 2018 at 7:07 am by Stephanie Pernett 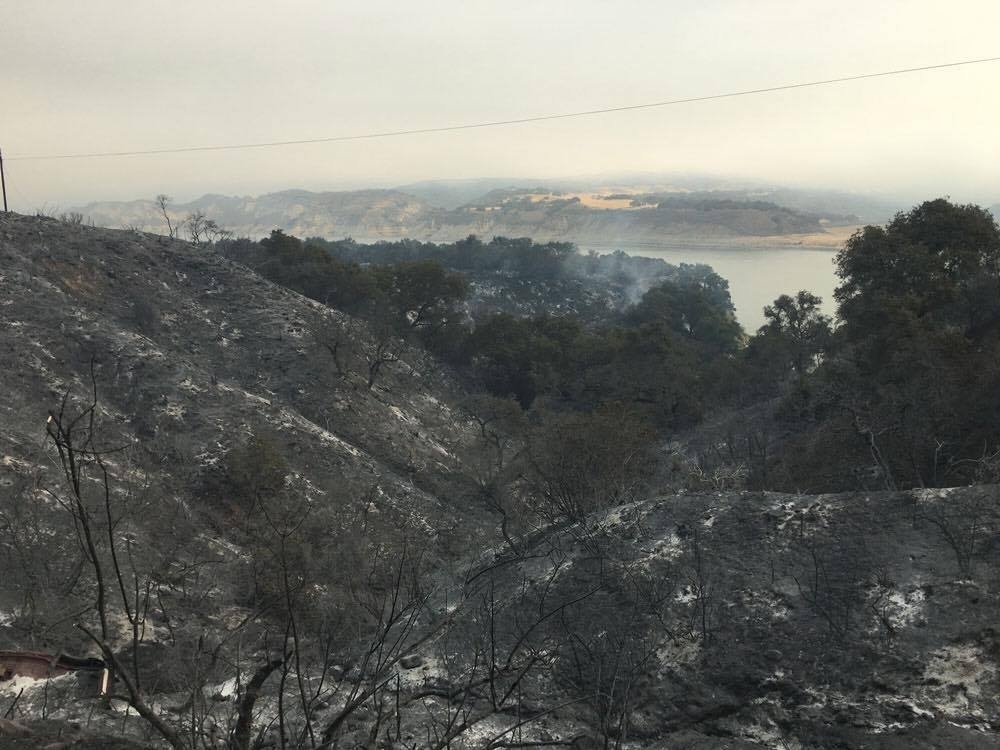 The Whittier Fire was a wildfire in the Santa Ynez Mountains, south of Lake Cachuma, along Highway 154 in Santa Barbara County. / Urban Hikers / Noozhawk photo

One of the most beautiful views in Santa Barbara is seeing the Santa Ynez Mountains from the beach. However, this positioning can lead to dangerous situations when it comes to wildfires because the air heats and dries as it descends from the mountains to the sea. This phenomenon is known as sundowner winds.

Gale force hot, dry winds can make firefighting impossible, and while conditions for these winds can be predicted in some cases, the mechanisms driving their spatial and temporal variability remain largely unknown.

For the first time, a team of scientists from UC Santa Barbara and San Jose State University has evaluated these winds in real time and studied how they vary with elevation. Understanding these aspects can help improve future sundowner forecasts on the ground, an extremely relevant and valuable tool during wildfires.

The experiment determined that sundowners are associated with a nocturnal downslope low-level jet with a strong and narrow riverlike flow, a north-south orientation and speeds of about 30 mph at elevations between 328 and 490 feet above sea level. 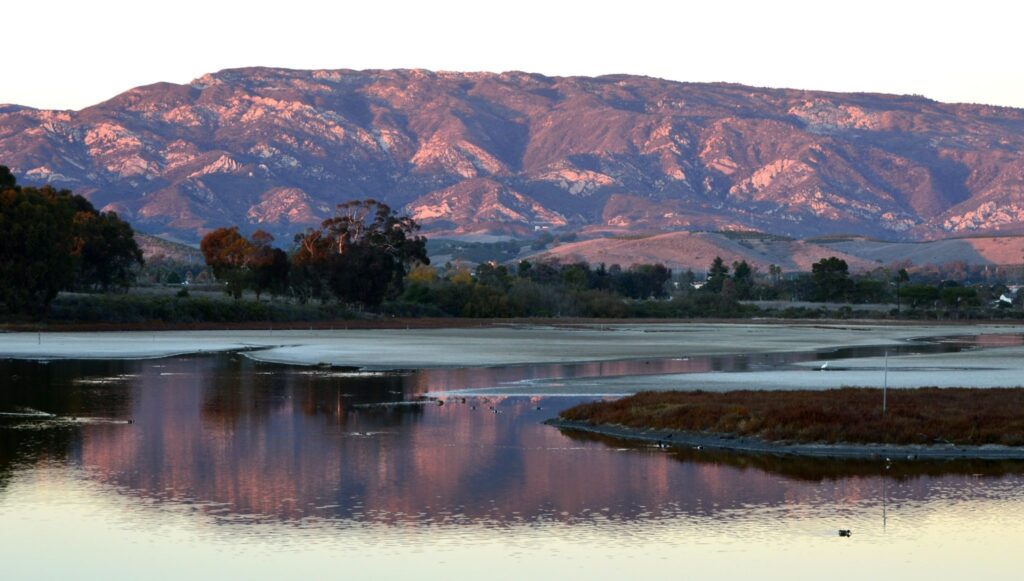 Sundowners happen throughout the year but are more common from March to May or early June when onshore winds weaken. The effect of the winds and temperature vary dramatically with the distance from the mountains. / Courtesy of Wikimedia Commons

“This was the first time that we effectively observed the evolution of a nocturnal jet over land in coastal Santa Barbara,” Leila Carvalho, a professor in UCSB’s Department of Geography and the principal investigator on a National Science Foundation project called “Understanding Extreme Fire Weather Hazards and Improving Resilience in Coastal Santa Barbara, California,” said. This latest Sundowner experiment was funded by a UCSB Faculty Research Grant.

“We have seen the jet in high-resolution model simulations before, but we had no way of confirming these features. Meteorological observations in Santa Barbara are limited to surface stations and do not provide weather information above the ground.”

Sundowners happen throughout the year but are more common from March to May or early June, peaking from early evening to early morning, when onshore winds weaken. They are often associated with warm temperatures in the evenings accompanied by low relative humidity. The effect of the winds and temperature vary dramatically with the distance from the mountains. However, all of the major wildfires in Santa Barbara have been dramatically influenced by sundowners, including the recent Thomas Fire.

“Sundowners have played a role in all major wildfires in our region,” Carvalho said. “I am studying these winds and also past fires and how sundowners played a role in spreading these fires. So this is part of my current research.”

During the last weekend in April, when winds gusted to between 40 and 50 mph in the mountains, the researchers launched 13 radiosonde weather balloons that can reach 75,000 feet into the atmosphere at three-hour intervals. They were able to capture atmospheric profiles of winds, temperature, pressure and relative humidity.

“We don’t have enough data sets to compare our models to understand mechanism, so this experiment was designed to increase our understanding by looking into the profile of winds, temperature and humidity to understand what happens when we have these strong winds,” Carvalho said.

“Observing the formation and evolution of the low-level jet was extremely important because ultimately these jets can cause mountain waves, which can be strong enough to cause ‘rotors’ or eddies that are dangerous for aviation,” Carvalho said. “These waves can intensify the gustiness of the winds as well. Therefore, being able to identify and forecast the spatial and temporal evolution of these jets is essential to improve the forecast of sundowner winds, particularly during wildfires.”

The team’s future research will focus on evaluating these features in models. By simulating these events using a regional model, they should be able to compare simulation profiles with actual observations made in the area for the first time.

“In the near future, our major goal is to have a comprehensive field campaign in the region,” Carvalho said. “Santa Barbara has faced many disasters lately, and our research aims at improving understanding and advancing our modeling and forecasting capabilities of these events.”