The Daily Nexus
Opinion
The Students of Color Conference Is a Microcosm of National Anti-Blackness
May 9, 2018 at 4:20 pm by Alexandra Gessesse

Every year since 1968, the University of California Students Association has teamed with a different UC campus and the External Vice President of Statewide Affairs Office to host the Student of Color Conference. Although each year the theme of the conference changes, the conference at large is designed to provide a safe space for students of color to strategize statewide and campus-based actions while educating students on relevant issues faced by and within communities of color. 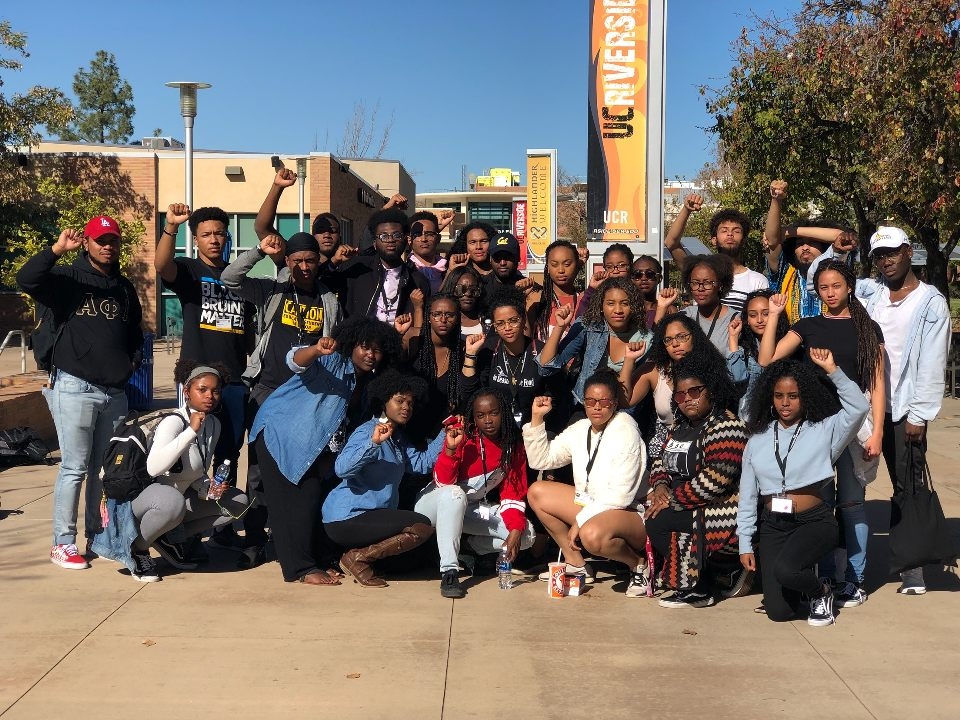 However, these goals are consistently thwarted by anti-blackness and color-blind discourses within caucus and workshop spaces. At this year’s conference, black students felt the need to step away from the conference and organize a set of demands.

Entering the Student of Color Conference (SOCC), black students were not surprised that anti-blackness was present — we expected it.

“Students of color” as a term that feigns solidarity provides non-Black students of color the ecstasy of the revolution without facing the ignorance, dismissal, degradation, exhaustion, and violence of revolutionary work, nor bearing the brunt of its political consequences.

The theme of the 2016 conference at UC Irvine was “Anti-Blackness,” but conference coordinators failed to address the presence of anti-blackness on college campuses. The 2018 SOCC at UC Riverside donned the theme “Education for Liberation.”

The women of color caucus held an open dialogue about topics that were suggested by the women attending. Multiple black women suggested discussion topics that would help address anti-blackness within other communities of color. Even so, questions that were posed in the women of color space lacked an understanding or analysis of the intersection of the black woman’s positionality. In the men of color space, black men were silenced or ignored when discussing the complexities of racial hierarchies among our communities.

Anti-blackness is not a SOCC-specific phenomenon. The UC system as a whole operates a “multiculturalism” that promotes diversity and inclusion in a way that invizibilizes whiteness, and takes credit for and celebrates its anti-discriminatory progressions. This celebration conveniently forgets the activism that pressed and continues to press for such progression.

The UC applauds itself for its statements on anti-discrimination and diversity. Privately, the University has facilitated a steady stream of racism (Kanye western party, UC San Diego Compton Cookout, Asians in the Library), sexism (Piterberg case, account of sexual misconduct in the UC, attack on transgender students and gender-neutral bathrooms at UCLA) and classism (tuition hikes).

It boasts its positive presence in racially underrepresented and low income communities while breeding the next generation of gentrifiers. It claims itself a public institution while granting control to a board representing majority private interests. Most paradoxically, it hires faculty who study race, gender, sexuality and labor and legitimates the knowledge they produce without utilizing said knowledge as a tool of critical reflection or progress. Just as black students were dismissed in their respective caucuses at SOCC, the UC system dismisses these critical scholars precisely because they are critical.

Black students from both the men’s and women’s caucuses discussed their grievances in an impromptu black caucus space, which created the necessary momentum to organize against the anti-blackness present at and fundamental to SOCC and the wider University of California Student Association (UCSA).

The demands created at this gathering were presented to UCSA board members at the SOCC. The following demands are universal. They recognize the 3.6 percent that comprise of many of the social movements that created spaces on this campus and on campuses across the UC. These demands are tangible. These demands are our existence.

The demands can be read below.

To be black in the world is to live in a state of constant emergency. Part of that emergency is the ignorance and inaction from non-black members within the conference and more broadly, the very rules in which the UCSA and the UC functions.

Reader, we hope you that we as black people are not only striving to free ourselves, but to free you as well as our liberations are bound with one another. We hope you understand the need for unity to counteract the emergency in this broader endeavor of chain-breaking, this project of freedom in which the deconstruction and eradication of anti-blackness is the first and foundational step.

Correction: A previous version of this article stated that the Compton Cookout occurred at UC Irvine, but the event happened at UC San Diego.

I respect the sentiment of the author, however I did not get to read an actual tangible demand. Am I missing something?

Hi, thank you so much for reading! The attachment in the article are the demands that we created while at the conference.

I really enjoyed reading this piece! I read a lot of opinion pieces and none of them really make me think at the end… thank you for changing that. Being a non-black POC, I can say this is rarely discussed in our communities, but it should be. Thank you for informing me!

Thank you for this piece! One thing I also noticed as an attendee was the lack of an Afro-Latinx Caucus space. I’m not sure if it was ever actually held, but if it was, many of us were confused on where it was and who was facilitating it. Afro-Latinidad is already largely ignored in many Latinx communities as it is, so the fact that this was never addressed, while it was in the agenda for the day, was disheartening and just continued to perpetuate anti-blackness.

These demands are ridiculous. And calling these demands “black student demands” is misleading. I don’t remember ever signing off on these.

the compton cookout was at UCSD, not UCI

Given that the Latino and Black communities mutually loath one another…

Good to know. You should be allowed your own space. So should others – asians, and whites, so they can get a break from anti-asian and anti-white sentiments. Especially given that people like you tend to promote anti white sentiments. As you did: “The UC system as a whole operates a “multiculturalism” that promotes diversity and inclusion in a way that invizibilizes whiteness, and takes credit for and celebrates its anti-discriminatory progressions.” We all know by now that diversity is racism against whites and discrimination, and your mention and approach to “whiteness” – as a non-white person you should have… Read more »

Also, lol, “We hope you understand that our grievances are not isolated nor irrational in nature.” The fact is, *you’re entirely irrational*. Every single one of you. Your beliefs are built of false narrative and marxian ideology. Nothing is ever enough. If you had the power, you’d be worse than some of the worst people in this world. Something that can already be seen in US*, your ideologies*, your behaviour*, and likes of South Africa, Zimbabwe, etc.

Whites invented racism in America when they colonized without permission, killing 90% of the indigenous people, sending them to reservations and then enslaving a people and not giving them equal civil rights until the 60’s. I guess karma is finally coming around, don’t be so shocked they want representation. Good thing white babies will be the majority in the US in 2020, per Census figures.

“…black men were silenced or ignored when discussing the complexities of racial hierarchies among our communities.”

Ms. Gessesse is a privileged upper-middle class American and has never been oppressed a single day in her life. Yet the above statement proves she’s a racist black supremacist. This is disgusting. It’s past time to end affirmative action and admit only real students instead of these pampered, privileged and racist ideologues who reject education for social justice indoctrination.

How are you going to say that a visibly black woman has never faced oppression??!!! Just say your a pasty racist and get out of here

So, uh, how many times were you dropped on your head as a child? I’m guessing several times based on this incoherent article.

Some people wake up looking for new ways to be outraged. It must be exhausting to live your life identifying as a victim in a state of constant emergency. This is some sick, negative thinking. Take life and grab it by the balls! Stop demanding others give you things and get them yourselves.

“invizibilizes” is not a word. Dumb asses.

This article merely confirms the caricature that racial identity politics has become, i.e. a mindless series of double-speak and the issuance or nonsensical grievances and demands.

The language in the piece is flowery but there’s scant substance here. What exactly happened at the conference? Is anyone willing to write a narrative?

Imagine how tedious it must be to be a college student today.

This is a terrible take. Textbook racism to create self-favoring hierarchies.