When you tell people you were born in India, they tend to assume that you’re here fresh off the boat. It doesn’t matter that your family emigrated here when you were eight months old, still incapable of speech or self-sufficient movement. So you spend your formative years staving off the stereotypes that coexist with being Indian: being a nerd, smelling like curry all the time and speaking “Indian.” 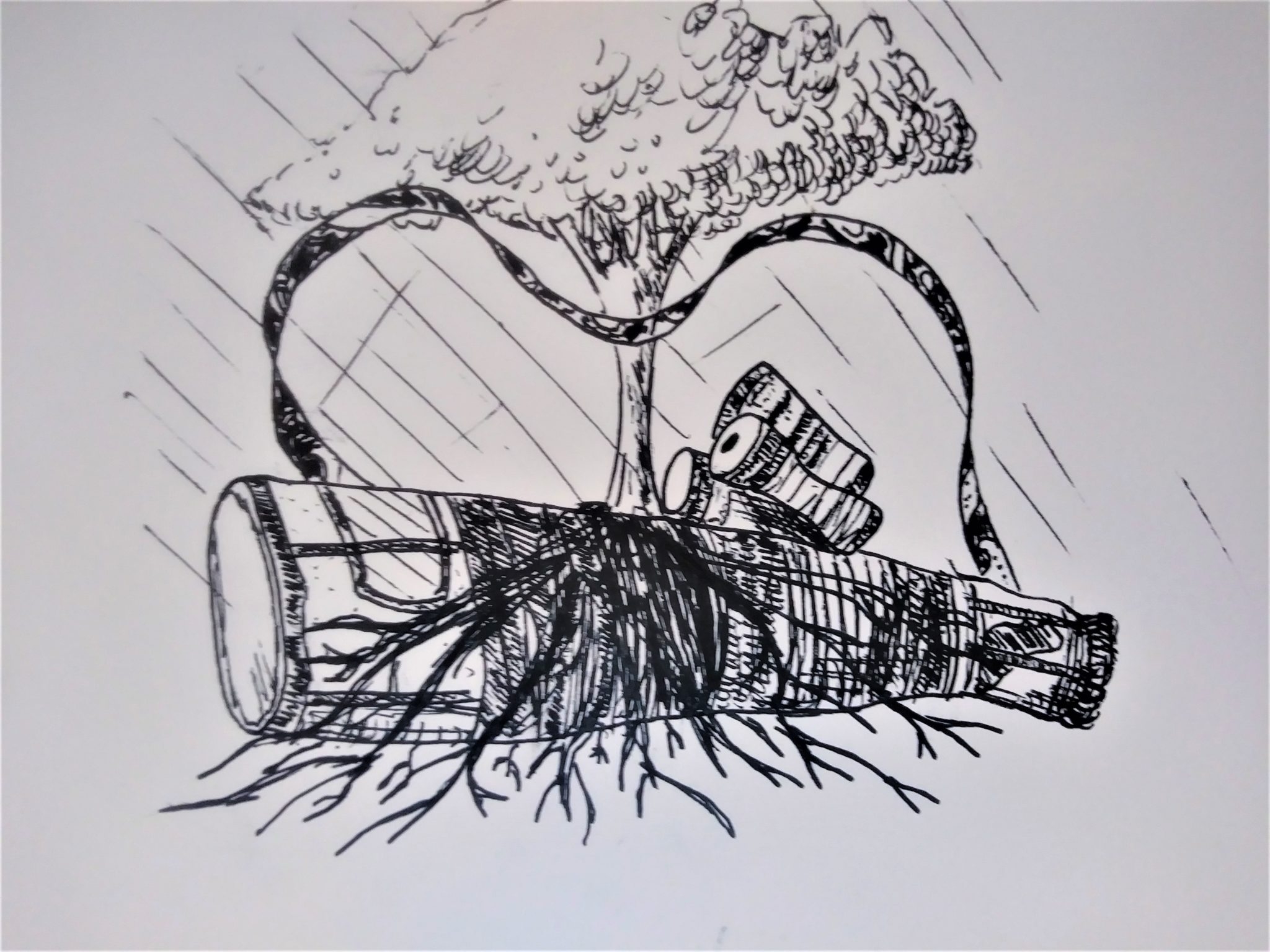 Even in the Bay Area, where diversity is championed and otherness seems not to exist, it’s hard to feel like you belong. You’re not really Asian, because Asian can only refer to light-skinned East Asian people, so you lose out on a lot of community the Bay Area prides itself on. The only people who understand what it’s like to be Indian are other Indian people, and a lot of my fellow brown people were a lot more secure in their identity than I can say I was. Touting their heritage and being proud of their culture came easy to them.

Every spring from kindergarten to eighth grade, a few of my family friends and I would spend our nights and weekends practicing for an annual dance competition called Bata. But Bata was more than just a dance competition; for Indian immigrants in the Bay Area, Bata was when they could all come together and feel like they were back in India again, even for just a night. People spoke in their native tongues, catching up with old friends over good food and going from stall to stall looking at the latest jewelry or clothing imported from India.

My friends and I would see kids our age we only saw once a year, but friendships when you’re young are so simple, and it would only take minutes for us to be playing games and running around together. I still remember how excited we all were to get henna done, and then how impatient we were for the paste to dry so we could scrape it off and watch the artwork underneath come to life.

As we got older, Bata lost its steam. But that wasn’t why we stopped dancing. We started to become aware that Bollywood dancing wasn’t exactly normal. We still occasionally performed at family parties or big celebrations, but we consciously didn’t mention that we danced to people at school. It would’ve been too much to try to explain, and we didn’t want the fact that we were Indian to be the only thing people saw about us.

Over the past year, I’ve been trying to take strides toward being open about my culture and erasing my internalized aversion to it. Whether it was through a spoken word project or just being public about doing Bollywood dance, it felt gratifying to take little steps toward meshing my two personas.

I know it’s superficial to need validation from other people, but it felt so, so good that appreciating Indian culture wasn’t something that was weird.

Even coming to UCSB felt, oddly, like a step in the right direction. UCSB is known for being one of the whitest UCs, so I didn’t come in expecting to be surrounded by diversity. But my first day at the Nexus, I walked in and met our former editor-in-chief, an Indian woman, and for the first time, I saw myself represented. I saw so many of my dreams and aspirations materialized in her accomplishments and I thought, “This could be me.”

Still, I struggled to find my place as an Indian-American at UCSB. Growing up, I never wanted to be boxed into rigid stereotypes, so out of habit, I continued to keep my distance from cultural organizations that I thought would have branded me as a certain type of person.

I didn’t realize how much of a community that led me to miss out on until Nachle Deewane this year. Nachle Deewane is an annual dance competition hosted by UCSB Dhadkan to raise money for a charity, and dance teams from around the country are invited to perform.

As I watched the different Bollywood Fusion and Bhangra teams take the stage, I felt a strange sense of nostalgia rise within me. I didn’t realize how much of a sense of belonging I had lost until I was sitting in the crowd full of Indian people, watching teams of Indian people pour their hearts out to the audience. And it was normal; this was something that was socially accepted by a crowd of hundreds of people. I know it’s superficial to need validation from other people, but it felt so, so good that appreciating Indian culture wasn’t something that was weird.

Every time I heard a song I recognized, it was a different chapter of my childhood coming back to me. Bollywood movies traditionally have this dreamy, hopeful quality to them, and hearing all these songs that I grew up with filled my heart with pure, unadulterated joy. I think that while I was growing up, I underestimated how important that sense of hopefulness was to my family and countless other immigrant families who lived thousands of miles away from their homeland and extended family.

There’s nothing like a language barrier to make you feel even more disconnected from a heritage you already have a hard time accepting.

I frequently shit on Bollywood movies for how overdramatic and unrealistic they can be, but I think for my parents, they served as the only connection to their family back home. For all the drama present in Indian movies, they do a spectacular job of capturing the settings in India.

I spent every summer growing up visiting my family back in India, but as I’ve gotten older, it’s been harder to find the time to visit. This past summer was the first time we were able to go back in four years. For context, with the exception of two cousins who moved to the U.S. to attend graduate school, my only family on this side of the world is my mother, father and brother, so my family visiting India is a huge event for everyone on both my mother’s and father’s sides.

Because I used to visit so frequently when I was younger, it was a lot easier for me to converse with my family there in Telugu, our native language. Now, while I can still easily understand what they’re saying, I struggle to form complete, coherent sentences. There’s nothing like a language barrier to make you feel even more disconnected from a heritage you already have a hard time accepting.

I’m still trying to piece together which parts of my identity I want to hold above my head, loud and proud. And I’m also figuring out which parts I feel comfortable letting go. It’s a work in progress.

Sanya Kamidi is trying to learn to be true to herself.

Sanya Kamidi
Sanya Kamidi serves as the Deputy News Editor and before that was a Social Media Manager. Loves coffee and will find any excuse to miss class for the Nexus. She can be reached at skamidi@dailynexus.com or @skamidi on Twitter.
1 Comment
Inline Feedbacks
View all comments

Do you have any relatives who are computer programmers or work at convenience stores?