The Daily Nexus
News
Hot Pot Restaurant to Open in Isla Vista by End of May
May 4, 2018 at 10:00 am by Shomik Mukherjee

A Chinese personal hot pot restaurant will open in the next few weeks on the Embarcadero Loop in Isla Vista, the owner confirmed Wednesday. 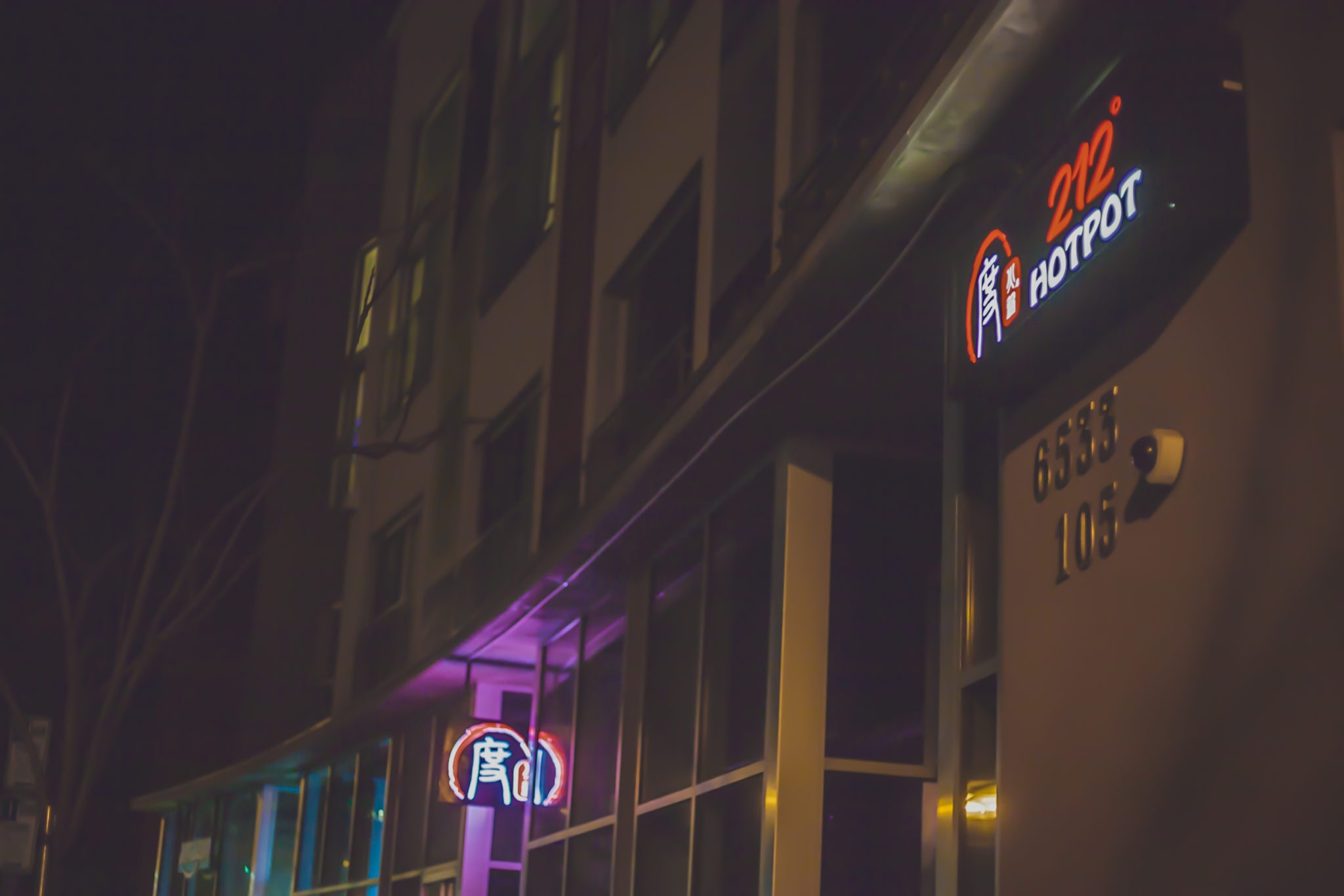 212F Hotpot is located near the Embarcadero Loop in Isla Vista and will open in the near future. Lianna Nakashima / Daily Nexus

212F Hotpot, which for months has sported a storefront sign at 6533 Trigo Road, will open by the end of May at the latest, owner David Chen told the Nexus.

The restaurant will be the first personal hot pot restaurant in the area. While the cuisine is Chinese, the theme is not to be confused with regular Chinese hot pot, which provides patrons with a family-style pot at the middle of the table.

Instead, 212F Hotpot will give each restaurant-goer a personal pot of boiling soup, so customers can dine individually.

Most of the menu items will be soup-based – broths of beef, seafood and the like will be available to order in a semi-sit-down format. Chen is toying with the idea of takeout, but the idea is to give I.V. residents a spot to sit down and enjoy their dinner.

Chen hasn’t decided the restaurant’s hours of operation. After opening, it will stay open until 10 or 11 p.m., but he might decide to close earlier or later depending on the restaurant’s initial popularity.

“If customers want to come, we’ll serve them any time,” he said.

This will be Chen’s third eatery in the area. He also owns PokeMee, a poke restaurant, and Choppa Rollin’ Ice Cream, a Thai rolled ice cream store, both of which are found on Hollister Avenue in Goleta. The two shops offer niche products in an area mostly bereft of non-generic Asian food.

Chen will change the name of PokeMee to Choppa Poke in the near future, due to a name dispute with a poke restaurant in Los Angeles.

While many restaurants in I.V. are staples, some close down quickly after opening. A number of joints have shut down shop in the past few years, including Otaco, El Sitio, La Cantina, Santa Ynez Burrito and Kol’s Cafe — the last of which is the predecessor to 212F Hotpot’s location.

“Some of the problem is the food itself, some is the type of food,” Chen said.

“We’re hoping to be a staple,” added manager Will Groman, who graduated from UC Santa Barbara just last quarter. Groman worked at PokeMee before Chen hired him to be a part of 212F Hotpot from the ground up.

“In I.V. there aren’t many places where you can sit down for 30 minutes,” Groman said. “You order and take it to go home. It’d be nice to have an atmosphere where people can come, sit down and be lively.”

Chen moved to Santa Barbara County in 2016 after noticing that the area had no poke restaurants. He used money from his existing e-commerce company to fund the startup costs. Since then, he has launched several restaurants, 212F Hotpot being the third.

In the coming months, he said, he plans to open a State Street shop that sells both poke and Thai ice cream.

With a background in sales, Chen stressed there is no one good way to pitch people on the hot pot joint. Instead, he offered a catch-all line to interested consumers.

Both of the existing places are very tasty and this new option sounds like an addition to the cuisine in Isla Vista.

It won’t last. Asian food is usually expensive and paying $15 for soup is a novelty.

I wouldn’t mind paying $15 for soup. If people do it in other areas, what’s to say that they wouldn’t do it here?

I wonder if they’ll use that fake crabmeat crap and gyp you on shrimp, like most places do. What we need in IV is Cuban food, Italian food, a Fondue place and a fully vegan restaurant.