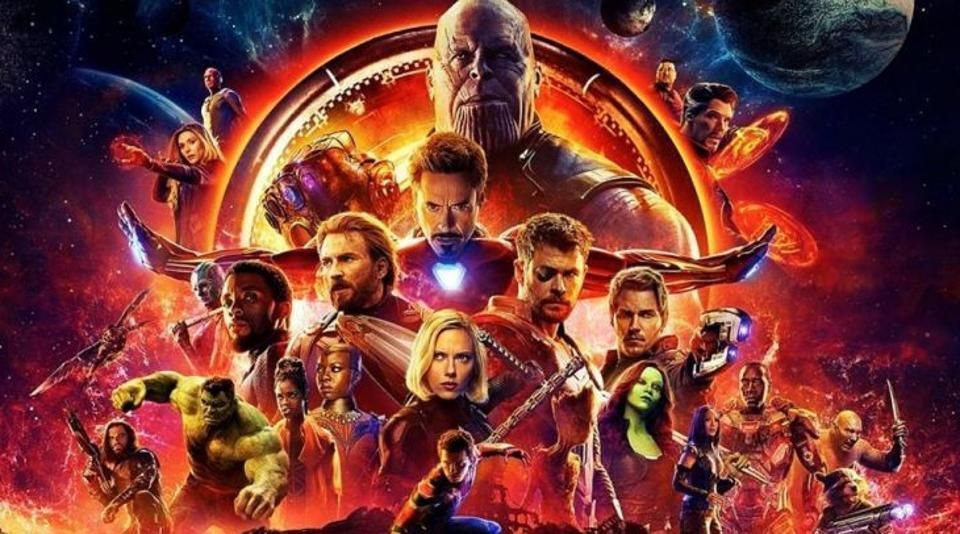 Perhaps the most impressive thing about “Avengers: Infinity War” is that it avoids being crushed under the gargantuan weight of its own canon — seriously, just imagine the production costs of the last eighteen movies weighed in gold bullion. You have ten years’ worth of movie characters stuffed into two and a half hours, and somehow it managed not to suck!

This movie’s storyline has been building up in bits and pieces since the 2012 Avengers film, but we’ve all gotten the gist by now: Thanos wants to collect a bunch of super-powered rocks that will give him ultimate power, and the Avengers, with the help of the Guardians of the Galaxy, gotta stop him. But after two “Avengers” movies and “Civil War,” the novelty of huge crossover movies has worn itself out, and not being awful shouldn’t be one of this movie’s main points of praise.

So why does it feel like it is? I think it’s because there’s very little “Infinity War” does exceptionally well at. We’ve seen witty banter among a big cast of characters already. We’ve seen giant, sprawling battles of people fighting various CGI abominations. We’ve seen fights between fan-favorite characters. In a vague sense, we’ve seen “Infinity War” before, and it doesn’t do anything particularly special to make itself stand out against its predecessors.

But it’s not bad. Nope, not at all. It’s fun and funny. It’s a good time. Stuff goes boom, characters crack jokes. Yes, it’s fun to see the Avengers interact with the Guardians of the Galaxy, which at least adds a new dynamic of crossover that we haven’t seen since the first “Avengers.”

Narrative-wise, I also feel like “Infinity War” is a major step up from “Age of Ultron.” Which is sort of like saying that a bottled cabernet is a step up from bagged wine, but at least this movie at least concludes Thanos’s overall arc that Joss Whedon kicked off back in 2012 and saw fit to remind us of three years later in an otherwise mediocre movie.

And while I’m on the topic of the latest motion-capture baddie, let me address him. Thanos (Josh Brolin) is another notable Marvel villain improvement, a fantastical realization of badditude right off the heels of the more grounded Killmonger. I wouldn’t say Brolin’s character has a fully fleshed-out personality, but he does at least have more than two emotions and complicated motivations. I don’t remember where, but I read somewhere once that the best villains are the one with sympathetic goals.

Thanos’s objective is not at all good, but not wholly unsympathetic, either. He wants to use the Infinity Stones to wipe out half the universe to combat overpopulation. He truly believes himself to be working for the greater good, and since his methods have yielded positive results (at least, so he claims), it is impossible to dismiss his tactics completely. Although I question whether or not Thanos has considered creating more food and/or planets to better solve the problem. You have power over all space and time — there have to be more humane options you can conjure than vaporizing half of everything.

Thinking about it, Thanos may just be the major point of praise that this film is deserving of. Now that he is finally taking an active role in the plot instead of sitting behind the scenes like a buff bogeyman, he gets to show off just what makes him the most-feared bad guy in the galaxy and why Loki shivers at the thought of him.

One complaint I’ve seen circulating around the Internet that amuses me is the notion that this film will be impossible for those who have not seen the prior films. Well, yes. That’s sort of the point of a sequel and/or crossover. Being upset about that is like complaining that “Harry Potter and the Deathly Hallows: Part 2” did not go out of its way to explain who Harry, Ron and Hermione are and what they’re doing. If you don’t know what’s going on, watch the other movies. It’s certainly not as troublesome as loudly asking the kid sitting next to you who every character in the movie is. I’m looking at you, girl and her dad/uncle/grandpa/nondescript older male relation sitting two seats down from me at the theater.

If I do have any genuine complaints, it’s the ending. The last two minutes before the credits roll just feel…weightless. But it’s not necessarily the movie’s fault; rather, it’s the fact that I can’t go anywhere on the Internet without seeing the casting info for “Avengers 4.” If I know who’s coming back for the next one, that pretty much kills any tension this movie’s trying to set up.

But, y’know what? So what. That’s just a quibble. If you want to have fun for two and a half hours, this is what you want to see. I’m not particularly sentimental about the MCU — at least, not as much as that person I saw on Twitter who fainted after seeing the movie — but I know damn good popcorn entertainment when I see it. The film critic in me is disappointed that I wasn’t wowed, but the average filmgoer part enjoyed himself. “Infinity War” is a movie that shouldn’t have worked, but it did, and it’s fun.

We’re not sure if Wehrung has impossibly high standards or if he’s just a sourpuss.