The Daily Nexus
News
Secretary of State OKs Path Toward “Calexit”
May 2, 2018 at 11:36 pm by Sofía Mejías-Pascoe 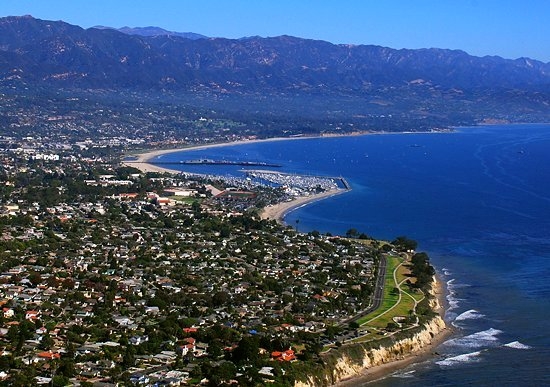 The group has less than six months to collect 366,880 signatures from California voters, according to Yes California’s website.

The groups now have until Oct. 17 to gather the signatures and submit them to county elections officials.

John Pomeroy, director of outreach for Yes California, said the main reasons why the Golden State should secede from the United States include “taxation without representation, rampant injustice, income inequality, climate change, immigration, jingoism and healthcare/cannabis.”

This is not the first attempt at California secession, but Pomeroy said that Yes California has received increased support since the last election cycle in 2016, partly due to President Donald J. Trump’s lack of popularity in California.

There have also been initiatives to divide California into multiple states.

Last month, Bay Area venture capitalist Tim Draper collected over 600,000 signatures in favor of a ballot measure creating three new states, which he said he would submit to the secretary of state in mid-April.

Pomeroy said the president is a “symptom” of problems California wants to get away from. He said the movement began years before Trump’s election but its supporters have recently increased.

He said Senator Bernie Sanders’ loss in the Democratic primaries and President Trump’s election were significant moments when the movement gained momentum.

California is not the only state to recently attempt secession.

Within the last decade, Texas and Alaska have seen similar initiatives for secession which have ultimately been unsuccessful.

In 2010, the Alaska Supreme Court blocked a secession initiative on the grounds of unconstitutionality.

However, the U.S. Supreme Court decision of 1869 in Texas v. White set a precedent which Yes California claims legalizes secession when both the state and national government agree to the secession.

The Supreme Court ruled that Texas and the U.S.’s union could not be dissolved “except through revolution or through consent of the States,” according to the Supreme Court opinion.

“There is no explicit legal process in the United States for those that would hope to pursue independence. Far from it. Most in the United States take for granted that states have entered into a ‘perpetual union’ and therefore given up the right to withdraw from it,” Coggins said in an email.

She said that the ruling in Texas v. White might not stand if tested in recent times but said “secessions are rarely decided on the legal merits, historically or today.”

Coggins said the decision to demand independence “cannot be taken lightly” because governments have often responded to independence demands with repression and violence.

She said while she believes California would be a “quite capable independent country,” she would place very low odds on a “Calexit.”

“[T]he last serious attempt at secession provoked the civil war. I’d place very low odds on Calexit; close to 0 in the near term,” Coggins said in an email.

In addition to legal challenges, many of California’s current fiscal benefits and relationships could cease to continue.

This could include travel limitations from California into the U.S., U.S. sanctions on foreign countries that establish ties with an independent California and the loss of federal pensions, according to Coggins.

If demands are made for California’s independence, foreign governments could be forced to choose between pursuing international relations with California or the U.S., which could burden California’s economy as well as national security, Coggins said.

Be careful what you ask for. I think the rest of the country might be happy to see California go.