The Daily Nexus
Sports
Gauchos Hoping to Bounce Back From 11th-Inning Loss, Travels to Bakersfield
May 1, 2018 at 5:23 pm by Andrew Hernandez 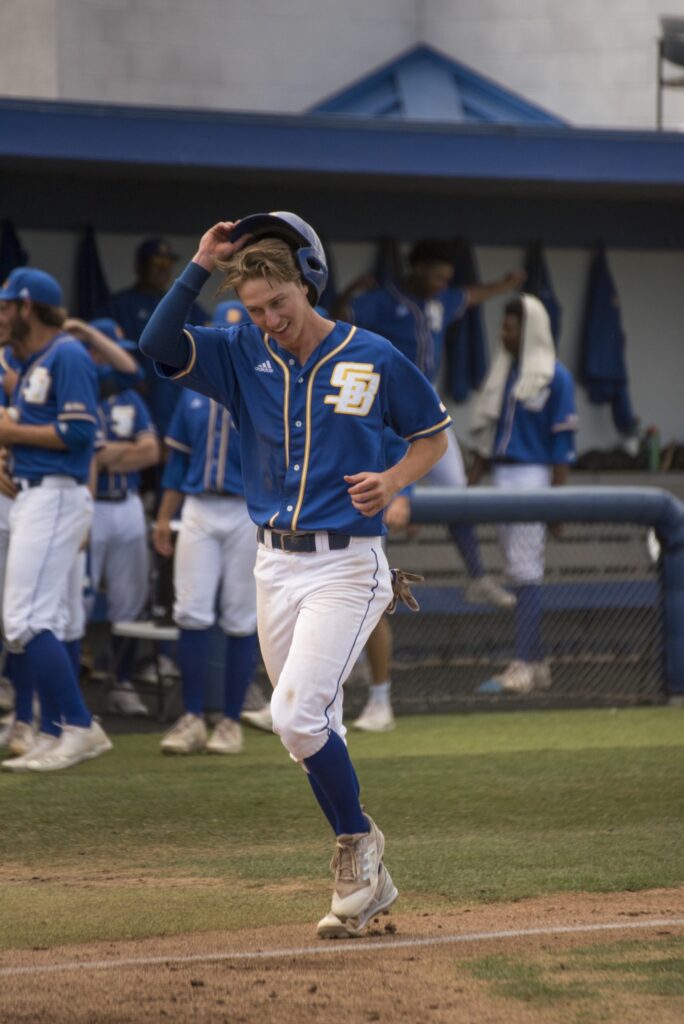 The UCSB Gauchos (20-18-1) will play the Cal State University, Bakersfield Roadrunners (16-26) on Tuesday, May 1 as part of the first of a two-game series which will be completed midway through the month.

The Gauchos suffered a tough extra innings loss in the final game of their series against UC Riverside this past Sunday, falling 14-10. The game lasted until the eleventh inning when UCR exploded for four runs and was able to shut down UCSB to avoid the series sweep. Only six runs were batted in with junior Thomas Rowan and freshman Drew Williams tying for the team lead with two RBIs a piece.

Jack Dashwood would make the start for the Gauchos but only went 1.2 innings with three earned runs. Junior Alex Patterson took over for Luke Andrews in the top of the fourth and made the best outing for the team pitching 3.1 innings with one hit allowed. Seven different Gaucho pitchers would appear in the game each allowing 1+ earned run.

Freshman Chris Troye would pitch the Gauchos from the ninth inning until the top of the eleventh before giving up a single. Sophomore Ben Brecht replaced Troye and gave up a three-run home run to Highlander Anthony Lepre. With the first runner scored being Troye’s responsibility, the freshman would get tagged with the loss.

CSU Bakersfield’s last series was on a road trip to Washington to play Seattle University where the team lost 4-10. The Redhawks victory in the final match was their second consecutive and gave the team the series win. The Roadrunners struggled to match the Redhawks offensive success and starter Nick Meservey kept Bakersfield scoreless his entire outing. Junior Ryan Koch, who leads the team in RBIs on the year, went 0-4 in the game.

Junior Noah Barba and freshman Daniel Carrizosa stayed hot in the series as each got a hit and RBI in the game. Hits, runs, and batting average team leader Andrew Penner was another Roadrunner with an RBI. The .341 average hitter has been a consistent and dangerous offensive threat for the Roadrunners and will be a problem for the Gauchos’ pitching rotation.

Despite making a huge impact early on in the Riverside series, sophomore Tommy Jew and junior Clay Fisher quieted down a bit in their final game gathering a combined three hits. The three hit total is an average outcome compared to Fisher’s perfect day at the plate the day before and Jew’s four hit two RBI performance the day before that.

The dynamic duo have been the Gauchos’ top two offensive producers on the season with the two occupying the top places in the major offensive categories. Williams has been getting hot as of late as the freshman has shown an ability to get key hits for his team that result in runs on the board.

The Roadrunner pitching staff which struggled much like the Gauchos’ against Riverside will be looking to bounce back against Fisher, Jew, and the others.

The Gauchos are still .500 in the Big West Conference, having a record of six wins and six losses. The record is enough to put them at fourth in the conference and will be a good preview game as CSU Bakersfield will be joining the Gauchos in the Conference in 2022.