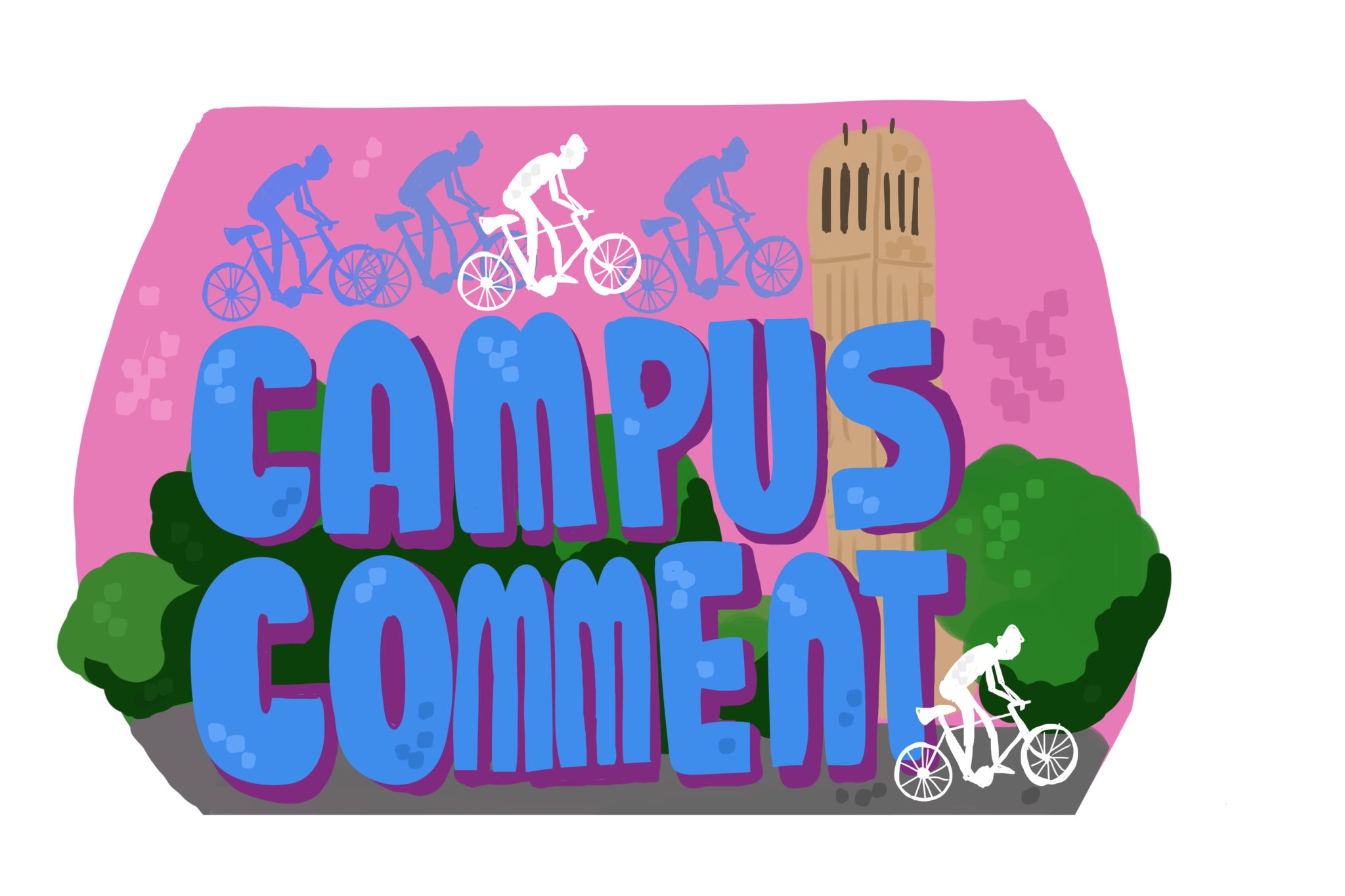 This year, the UC Santa Barbara campus has been hit by myriad of weather phenomena. From ashes to heavy rain, it seems like the only thing that hasn’t fallen from the sky is hail (knock on wood). Here are some student testimonials on the ever-changing weather of Santa Barbara. 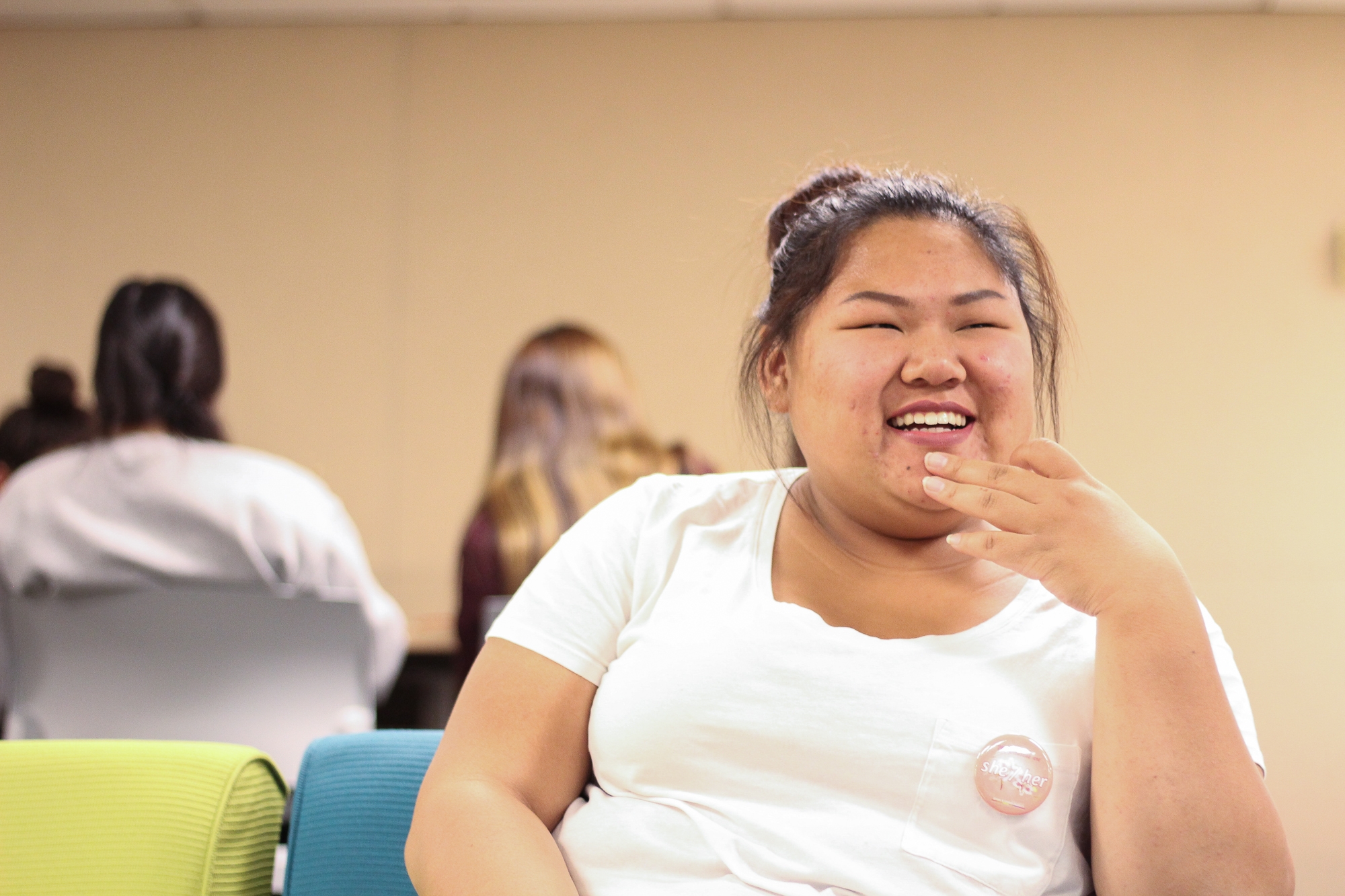 “I wasn’t exactly prepared for the cold. I know coming in as a freshmen, it was a beach town so it would be colder than where I’m from. This cold was unexpected, and it’s hard to bike in the wind. I think that everyone on campus is lost with new year ‘brightness.’ Like for example, now that everyone’s found who they’re living with next year, they’re not as open to making new friends as before, which is definitely natural. But I guess it’s just sad to see that people are not as open to making new connections. In the end, though, I got my friends and they got me so everything will be alright,” Jessica Ko, first-year.
Kaitlyn Nguyen / Daily Nexus 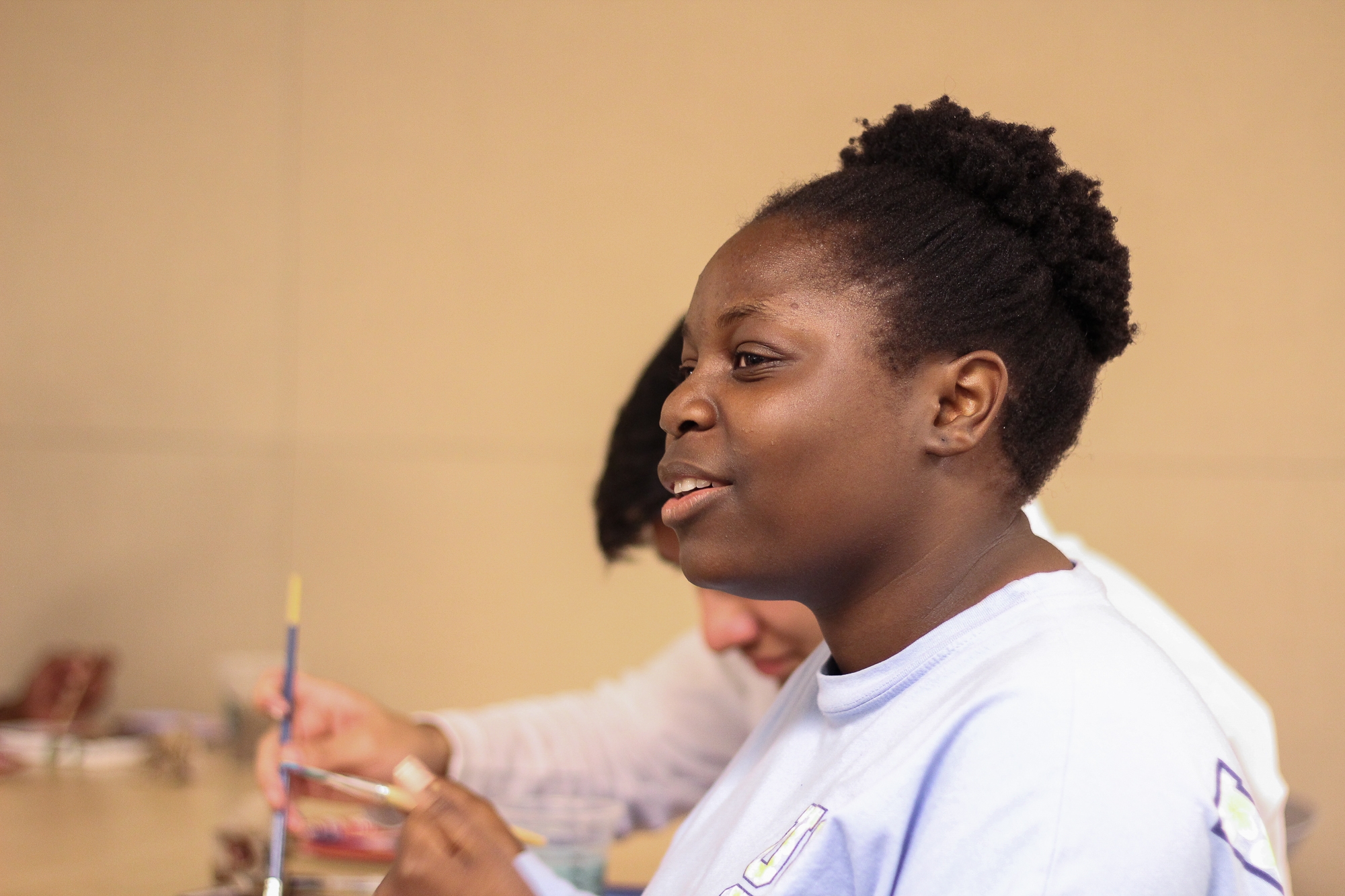 “Well, the cold is so unpredictable these days; like, I left all of my winter stuff back at home because I said to myself, ‘You know what? The cold in SB is nonexistent.’ I’m from NorCal where the cold is everywhere, and all of a sudden this quarter it just hit us. Midterms are just midterms: You gotta power through, [and there] really isn’t much you can do about it. I just hope for the best, you know? It’s kind of a wing-it type of thing. I don’t even have a study schedule; I’m not really that organized. But hey, I’ll figure my life out with my whole schedule and everything” -Kisakwi Naiga, first-year.
Kaitlyn Nguyen / Daily Nexus 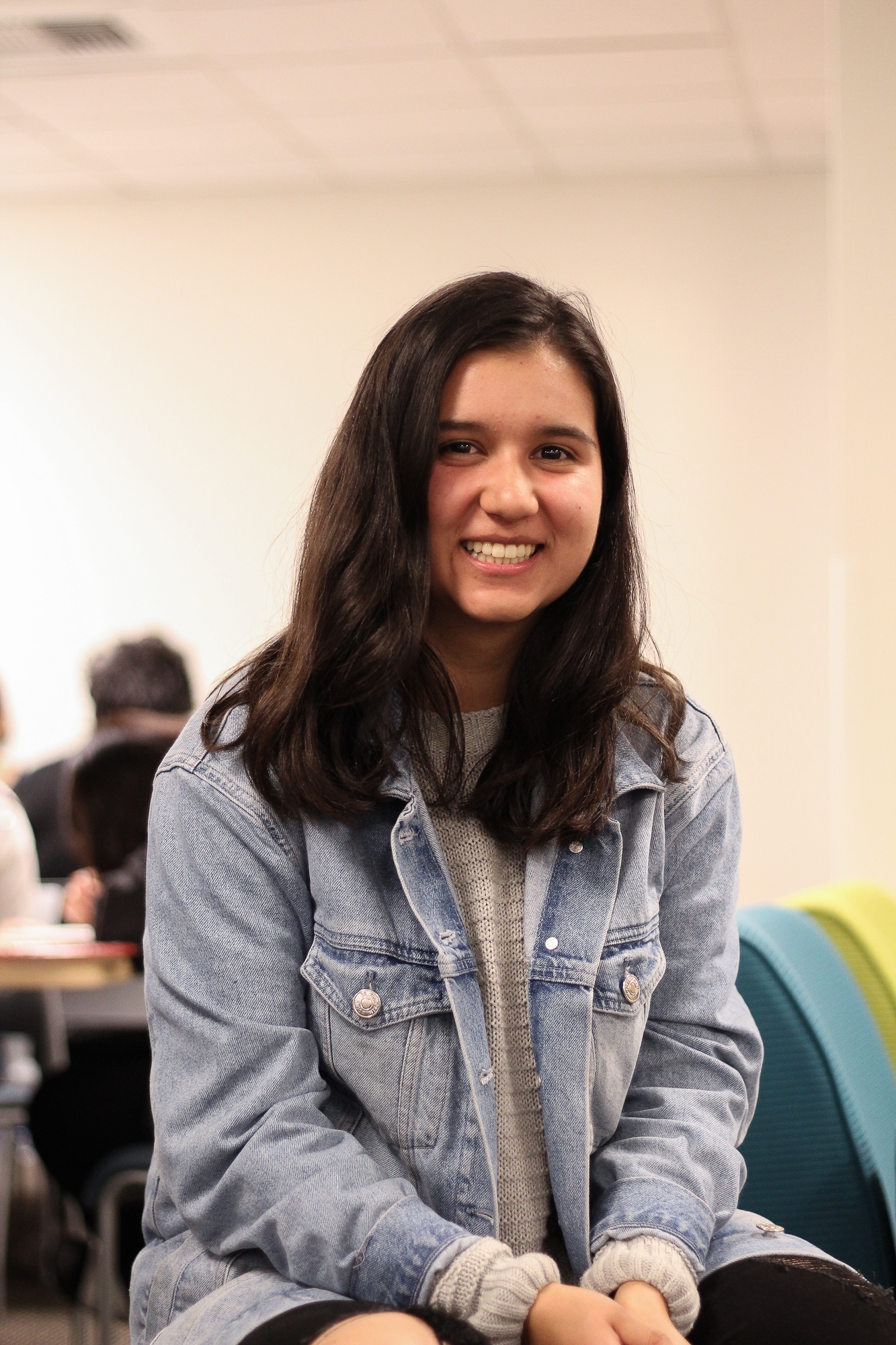 “So the weather change from sunny skies to this winter-esque is absolutely terrible. Thank you, Santa Barbara, I brought all of my summer clothes: I brought my rompers, shorts and we’re out here freezing, and it’s a mess, and the bike rides to campus when you have an 8 a.m. in the cold are really building character because it’s a true struggle. I’m defeated,” Mia Salas, first-year.
Kaitlyn Nguyen / Daily Nexus 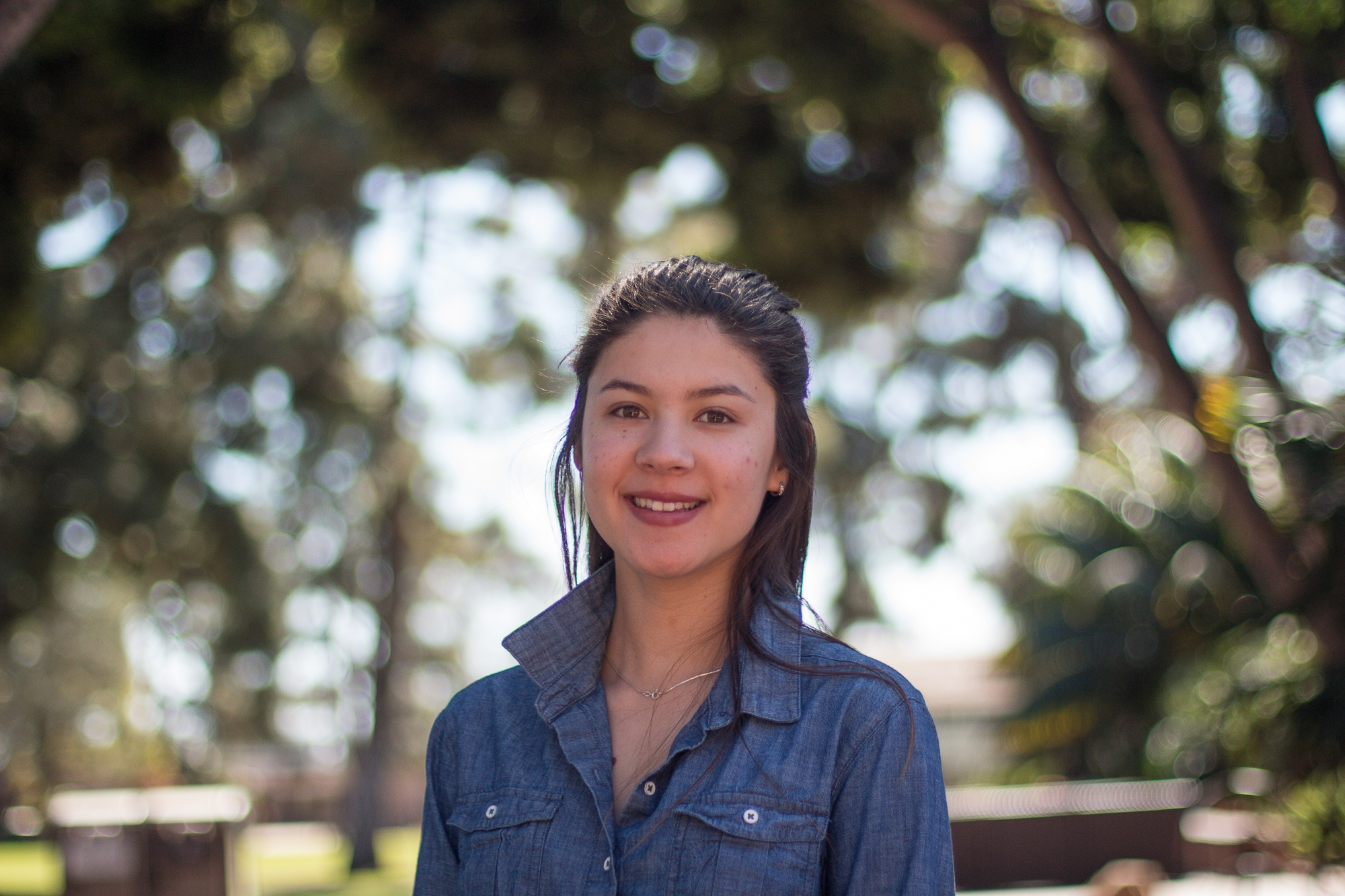 “I’m from the Bay Area, so the weather feels similar to back home, so it’s kind of comforting in a way. The wind is crazy, though, and it’s very irritating, especially bike riding. I feel like I’m going to fall off my bike in this wind, but I just throw on some jackets and push through it!” Jacqui Decareau, first-year.
Andrea Verdugo / Daily Nexus