The Daily Nexus
Music
The Friday Review: Sex & Food by Unknown Mortal Orchestra
April 27, 2018 at 8:00 am by Hannah Jackson 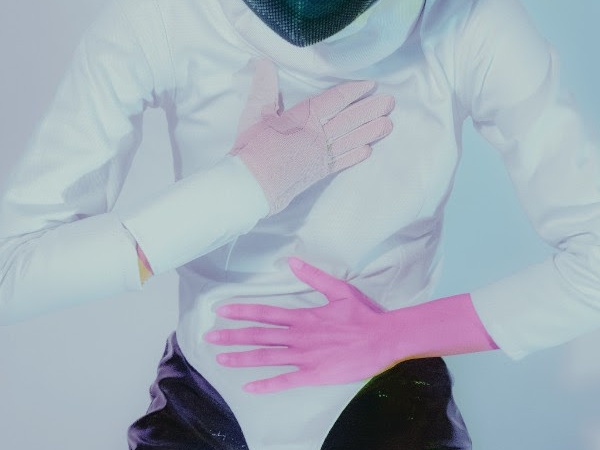 In a tense political landscape, social commentary through music and art seems inevitable, if not expected. While many tend to miss the mark, Unknown Mortal Orchestra’s (UMO) fourth studio album Sex & Food cleverly critiques Western culture, politics and life in an age of rapidly advancing technology.

Ruban Nielson, the brain behind UMO, provides listeners with a funky blend of tracks consistent with UMO’s previous two albums: 2013’s II and 2015’s Multi-Love. In their third Jagjaguwar-produced record, UMO doesn’t play it safe — choosing instead to take risks — some of which land better than others, but represent the transition of the band nonetheless.

Prior to the release of Sex & Food on April 6, the band teased restless fans with singles “American Guilt,” “Not in Love,We’re Just High” and “Everyone Acts Crazy Nowadays,” all of which provided a well rounded portrayal of the album, both in content and musicality.

“American Guilt” plays thematically to the album title, referencing the stereotype of Americans as glutinous, hedonistic and overindulgent (in terms of both sex and food).

The opening lyrics of the song, “Tape over the camera / No more utopian video,” seem to reference the intense paranoia of our own government, specifically the tendency to cover webcams with tape.

Though heavy with electric guitar riffs, upon closer inspection the song appears to be one of the simpler of the album — lacking the synthetic embellishment that has become synonymous with UMO.

Arguably the best song on the album, “Not in Love We’re Just High” offers a reflective take on a drug-induced infatuation. With an abrupt transition from a clamor of noises to a hypnotic blend of synths and an infectious beat, the song fits well with UMO’s entire body of work, but stands apart from songs that blend into a ubiquitous fusion of lo-fi psychedelic indie rock. Nielson is truly putting his best foot forward with “Not in Love We’re Just High,” offering a playful yet introspective view of the intertwining nature of drugs, lust and love.

“Everyone Acts Crazy Nowadays” serves as one of the most direct critiques of human nature, particularly the overwhelming sense of dread felt on a daily basis.

Commenting that “Everyone acts crazy now / But we are taking all kinds of shit,” the frantic nature of the lyrics are highlighted by an upbeat tune that hints at a disco influence.

Breaking from his usual implementation of interesting, borderline annoying noises and dynamic layering of synthetic sounds, Nielson included multiple tracks that primarily featured a stripped down guitar. The use of acoustics was especially noteworthy on the melodic “This Doomsday” in which Nielson juxtaposed the heavy subject matter with the lullaby-esque nature of the instrumentals.

“The Internet of Love (That Way)”  allows Nielson’s voice do most of the heavy lifting, proving that the band’s trademark production is not simply a crutch.

An obvious outlier on the album is “Hunnybee,” a song which Nielson revealed he wrote with his young daughter as a source of inspiration. Citing it as a “platonic love song,” “Hunnybee” stands out with its tender and delicate lyrics that seem out of place in a typical UMO album.

Reminiscent of “The World is Crowded” from Multi-Love, “Hunnybee” mimics the frequent yet poignant repetition of lyrics, “Hunnybee, hunnybee / There’s no such thing / A sweeter a sting.”

Though Nielson repeats the lyrics 12 times over the course of the song, they do not lose their meaning, but instead become an increasingly powerful reminder that there are glimmers of hope left in our world.

While Sex & Food may not be Unknown Mortal Orchestra’s best collective work, it does offer an innovative look at the modern day and age. Certainly an impressive effort, the album serves as an ambitious holistic view of society while pushing the boundaries of their musical niche.