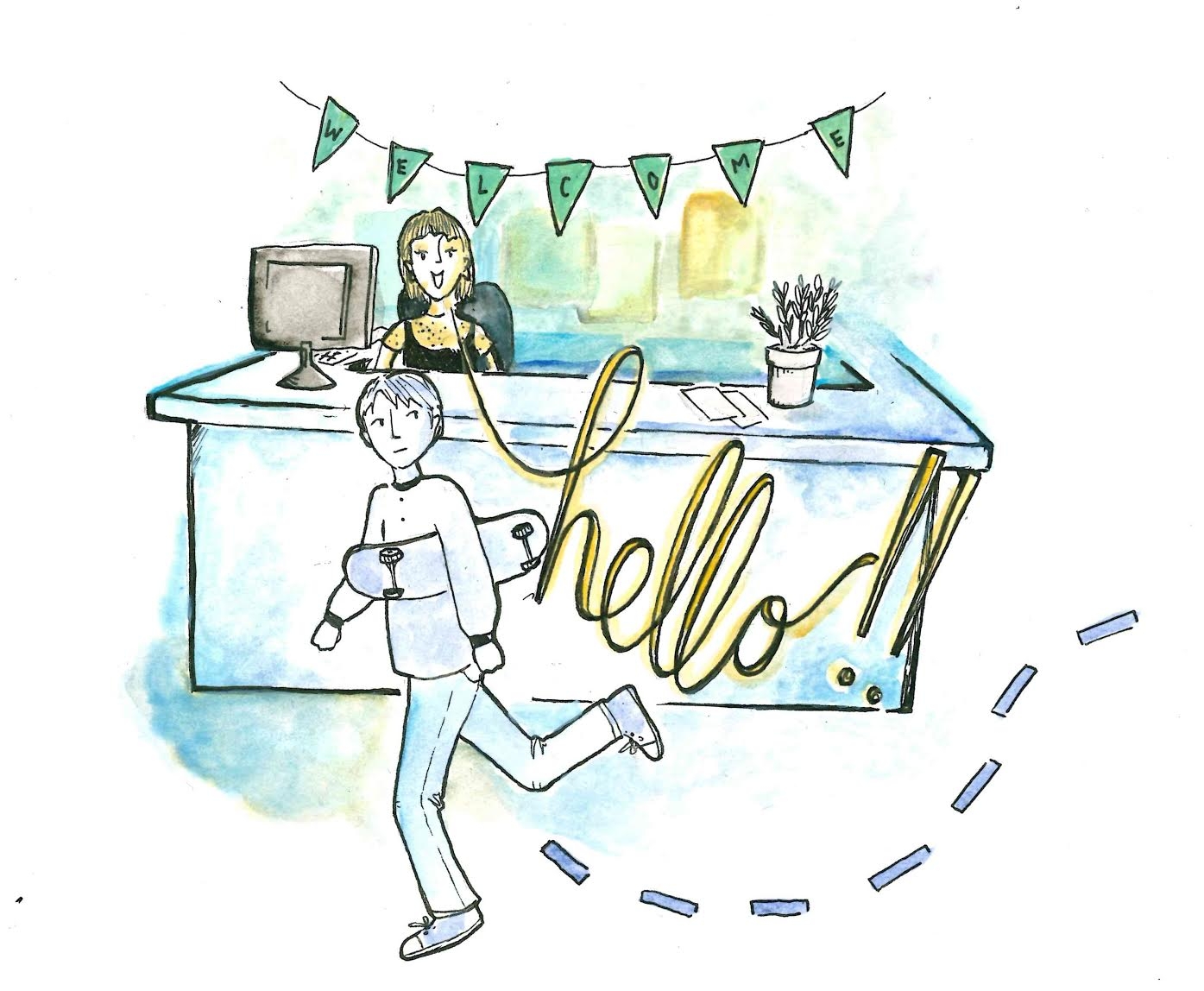 Shawn Achor, a psychological researcher on happiness, once mentioned that “when someone says hello or smiles at you, your automatic reaction is to say hello or smile back.” Human beings as a whole strive to make connections to feel included in the group around them. In fact, the importance of greeting others has even been supported with movements such as “Just Say Hello,” a campaign supported by celebrities such as Oprah and Tom Hanks. You know that if Oprah supports something, it has to be legitimate.

Saying “Hello” is a key part in building community, which is why it’s part of my job as a desk attendant in the residence halls to greet everyone who walks into the lobby. Chances are, if you’ve walked past the front desk in my residence hall, you’ve probably been met with my only-vaguely-mechanical-sounding “Hello.” For the most part, people return the gesture and say “Hello” back. Sometimes, I even get a “How’s it going?” If you’re one of these people, the rest of this article does not apply to you. I appreciate how polite you are, and I’m glad to be one of your desk attendants. You are a gem.

For the rest of you though, I have one simple question.

Some of you look me straight in the eyes, making intense eye-contact as you walk by. “Hello!” I say cheerfully. Your eyes narrow as you make your way past the front desk, refusing to smile or even do the acknowledging head-nod. At that point, I have no idea what I’m supposed to do, so I generally just keep a fake smile plastered on my face until after you’ve passed by the desk.

At the end of the day, college is about making connections. What’s a better way to do that than to say “Hello?”

I genuinely doubt that this is a personal vendetta against me, as I’ve never spoken to you outside of the lobby. Do you do this to everyone? Is it your thing to just not say “Hi” to people? Do other people respond like I do, sitting in confused silence?

There’s also a few of you who just put so much effort into not saying “Hi” back that I feel kind of bad.  You enter the lobby with such purpose, avoiding eye contact and walking around the very outskirts of the room. I see you. Do you think I don’t? Just because you’re hugging the walls doesn’t mean that you’re invisible. This isn’t a middle school dance.

Sometimes I think I won’t say “Hi” to you, since you’re clearly very intent on getting by without responding. Then I remember that it’s part of my job, and bleakly say “hi” [[cap]] as you continue slinking along against the wall. Okay. You do you.

I get it. Sometimes you’ve had a bad day, and you really don’t want to talk to anyone. You want to retreat to the comfort of your dorm room and sleep away the rest of your day. You especially don’t want to say “Hi” to the awkward girl at the front desk. Ultimately, everyone has these days, and I completely understand. Every so often, someone who typically greets me in return will walk by and not respond, only to go back to normal the next day. That’s fine, I get it.

At the end of the day, college is about making connections. What’s a better way to do that than to say “Hello?”

Erika Fandel wants people to be more open to meeting new people. It starts with a hello!

In my experience desk attendants are equally disinterested in saying hi as we are. They just want to get their homework done usually

SO much love Riki, representing the struggles of a desk attendant

Really? This is your profound statement during midterms week? It’s not all about you…

This is a great article Riki! I could literally hear your personality in the writing. You also make a great point: What better way to make connections than to simply say hello? Much love Riki! DA Representin’ !

People suck and generally want something from you or are judgmental, it’s best to keep to yourself.