UC Santa Barbara and the Santa Barbara Public Works department will be implementing a bike sharing program that will span across both Isla Vista and the UCSB campus. 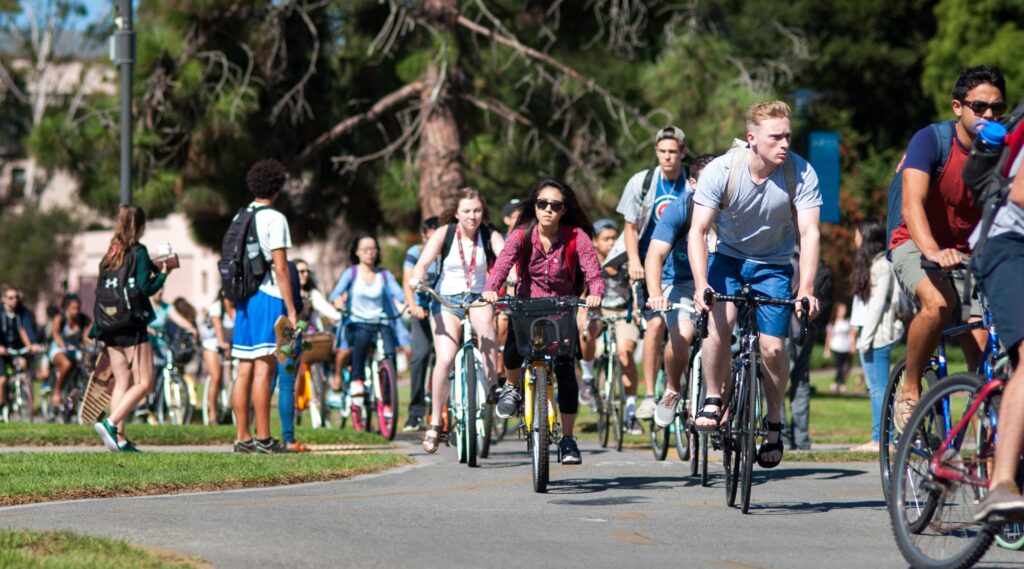 Every CSD board member supported the program, but a few members expressed skepticism about the program not having a permanent bike rack for students to park in. Nexus File Photo

The program, co-sponsored by the Isla Vista Community Services District (I.V. CSD), will allow individuals to borrow one of the 1,200 bicycles that will be available.

Currently, there are approximately 20,000 registered bicycles within UCSB and I.V.’s two square miles, according to the Associated Students Bicycle Committee.

“We’re looking at a potential launch date of June 25, 2018, for the first allocation of 600 bikes in the area,” Dobberteen said.

Following the first launch date, an additional 600 bikes will arrive in August, he explained.

Each bike has an individual GPS tracking unit and bike lock attached, according to Dobberteen. This eliminates the need for a bike rack and lowers the chances of theft.

Currently, the I.V. CSD is trying to find parking spaces for the bicycles.

Every CSD board member supported the program, but a few members expressed skepticism about the program not having a permanent bike rack for students to park in.

CSD Director Jay Freeman questioned how students would be prevented from leaving the bikes piled up on the side of the street.

Dobberteen said watching the flow of bikes and where they end up will be an important learning tool.

“If there are heaps of bikes all over, we have failed,” he said.

Lovegreen added that UCSB’s Department of Campus Sustainability also has plans to start a new outreach program for the bike sharing service starting next week. The program is directed at incoming freshmen in an attempt to persuade them to not bring their own bikes.

The board of directors said the central problem with the program is finding the space for the bikes and persuading students to use the bikes in a respectful manner.

“This is about us bringing high quality transportation to the community, and if we are respectful, it benefits everyone,” Dobberteen added.

A version of this article appeared on p.1 of the April 26 print edition of the Daily Nexus.

Typical government dweebs trying to put their name on something. How many students in IV don’t have bikes that want to sign up for and pay money to rent bikes regularly?
Jesus, who elected these dummies? That’s right – 2 were appointed by UCSB/SB, the others ran with basically no competition. Smh, wannabe student politicians circlejerking themselves into thinking a CSD was a good idea for IV…