Candidates running for the position of A.S. president took the stage on Wednesday to introduce themselves to the general student body and discuss their qualifications. 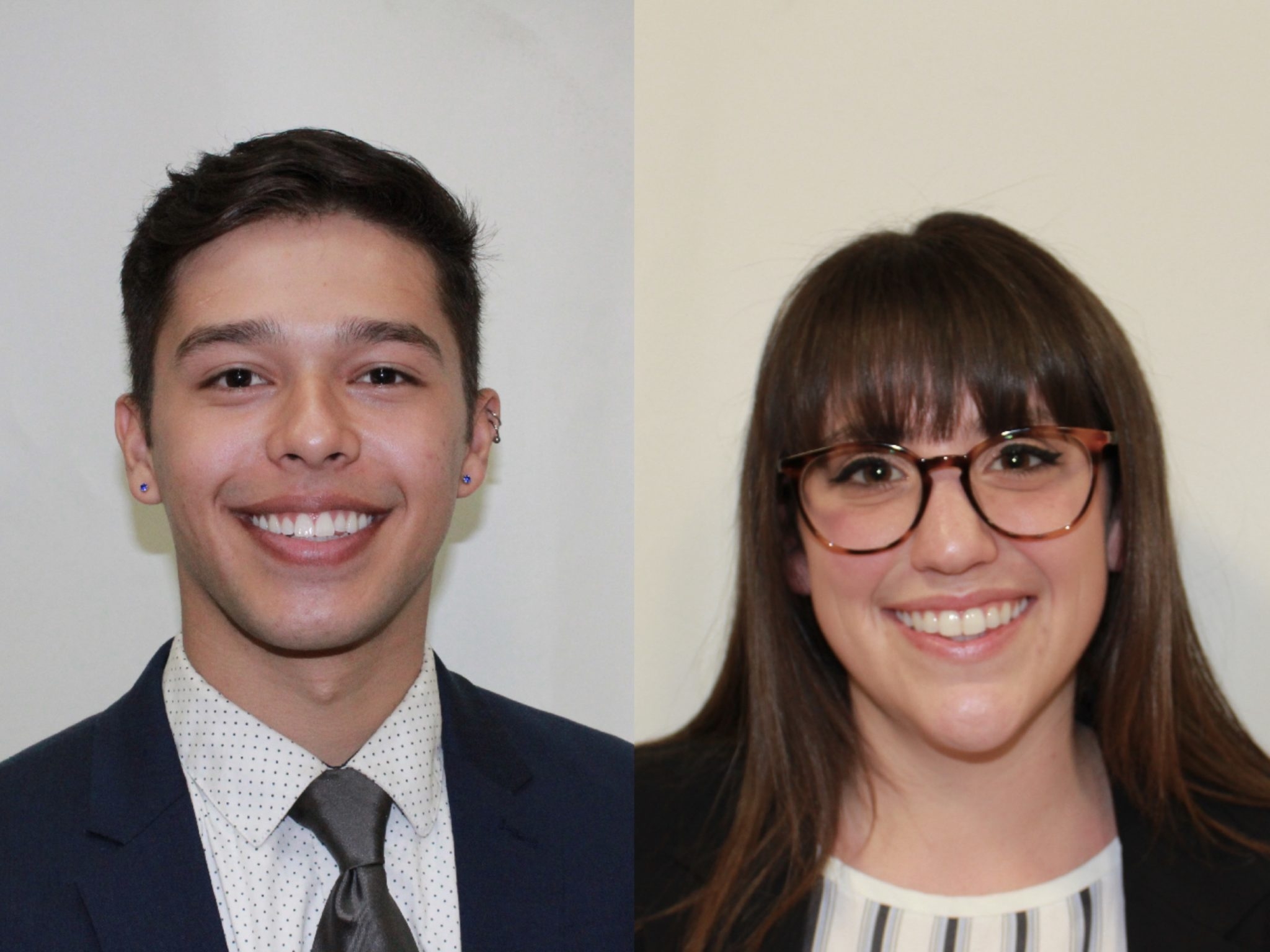 Both have previous experience within A.S. and in leadership positions on campus.

Dumlao has served as co-chair of the A.S. Queer Commission, board member of the Student Affairs Student Council, director for Coalition for a Better UC and diversity education coordinator for the Resource Center for Sexual and Gender Diversity (RCSGD).

Kopel is currently a Letters and Science Senator on the A.S. Senate, was First Senate President Pro-Tempore, a social conduct caseworker for the Office of the Student Advocate and is a coach on UC Santa Barbara’s mock trial team.

During opening statements, both Kopel and Dumalo spoke about wanting to unite the campus.

Dumlao echoed that statement, explaining that there is an “A.S. bubble” on campus and said he wants to make sure that “all of our voices are heard.”

Topics discussed at the forum can be seen below:

Dumlao said one of the biggest problems facing students on campus are financial problems and identified the $66 fix, an item on the Democratic party platform focused on free higher education, as a way to help with this issue.

Kopel agreed with Dumlao. She referenced her position within UCSB’s Lobby Corps and said students need to put pressure on the state legislature to fund the UC.

Kopel spoke of her time on the senate, stating Senate has passed several resolutions in support of various communities on campus, specifically the LGBTQ+ and Jewish communities.

“Obviously I am not a part of all of the communities on campus and I can’t empathize with every single community, but as a woman, as a member of the LGBTQ community and also as a Jewish student, I can definitely sympathize with members of marginalized communities and I will always work to be their resource,” she said.

Dumlao said as president, he would make sure that every community is heard at every level, specifically within A.S.

He said he has been doing work with marginalized communities “pretty much my whole time at UCSB through protests, plannings, meetings, pretty much everything under the sun.”

Dumlao said his priority as president would be making sure that A.S. listens to the general student body because “A.S. shouldn’t be deciding on what we focus on based on ourselves, we should be talking about the needs of the community members and making sure that they understand that we are here for them.”

Kopel said A.S. needs to prioritize completing projects that may be lost from year to year and creating a continuing projects coordinator position within A.S.

Dumlao said he has been involved with “every space on campus” and referenced his time with the RCSGD and Queer Commission among others.

Kopel again spoke of her time on senate and about her experiences with marginalized communities on campus. She said her time on campus has allowed her to develop relationships within A.S., the administration and the Office of Student Life that would allow her to succeed as president.

Kopel said her personal opinion on the University Center project does not matter to students and encouraged students to vote based on their own opinions. Kopel recently announced her opposition to the UCen project through a Facebook statement on Sunday.

Dumlao said “renovating the UCen is really, really important” but said he believed the renovations should not be paid for with student fees.