The Daily Nexus
News
Pauley Track Reopens After Over a Year in Construction
April 22, 2018 at 10:42 pm by Phillip Snoddy

UC Santa Barbara’s track officially reopened this Wednesday after a 16-month-long closure caused by a lack of funding and subpar infrastructure. 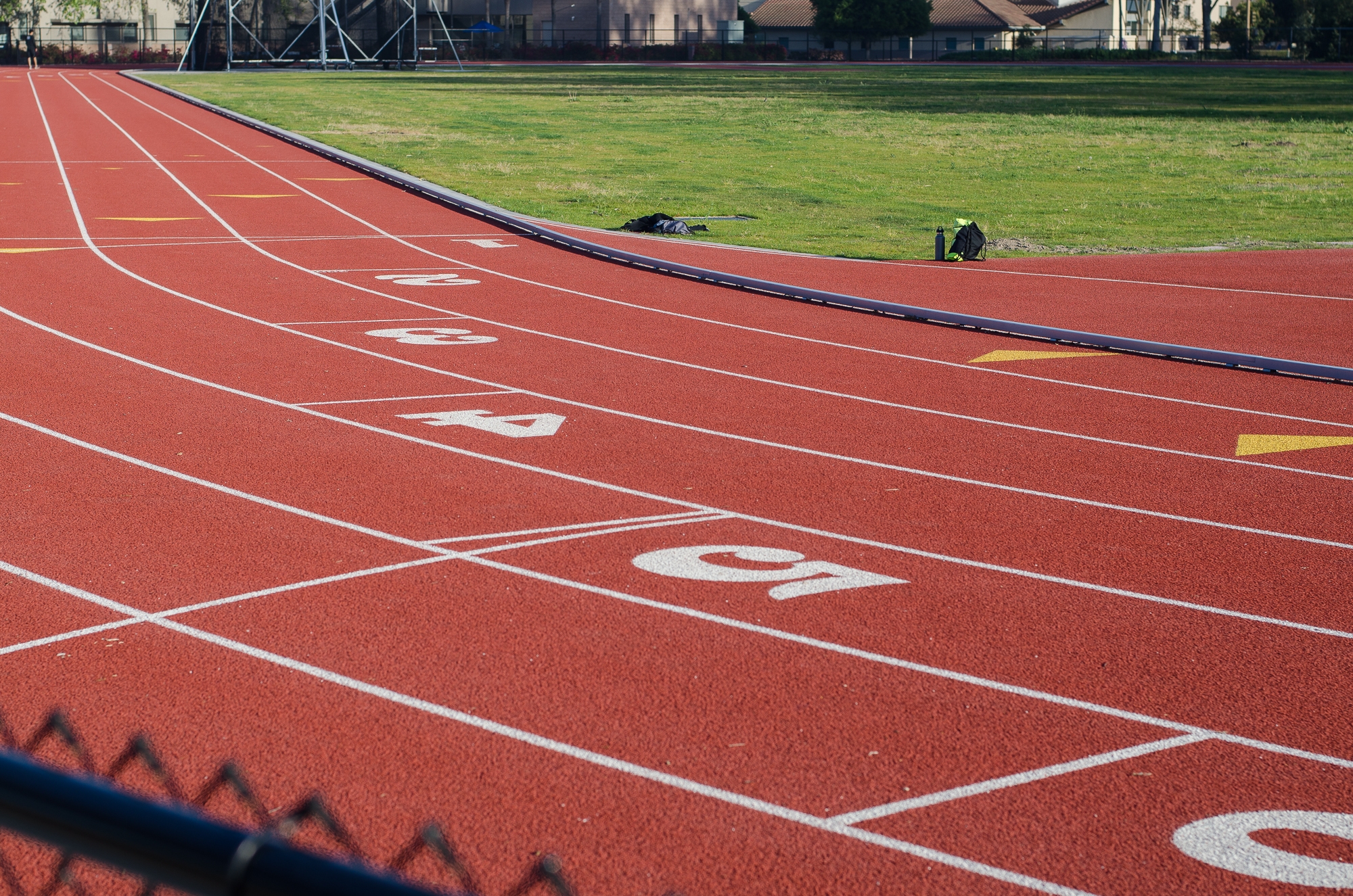 Pauley Track was “previously deemed unsuitable for competitive use and lacked adequate lighting,” according to the UCSB Department of Recreation’s website. Will Tran / Daily Nexus

The project began in the spring of 2017 and opened around early March 2018.

The track was “in terrible shape” due to damage from tree roots, according to Jeff Huskey, director for the Department of Recreation at UCSB. He said the track was originally built in the 1950s and was officially named Pauley Track in 1974 after Edwin W. Pauley, who was a donor to several UCs.

Pauley Track was “previously deemed unsuitable for competitive use and lacked adequate lighting,” according to the UCSB Department of Recreation’s website.

The track was reconstructed several times but the tree roots were such a problem the track needed an entirely new structure, Huskey said. The most recent construction project is the first work that has been done on the track in recent years.

According to Huskey, the track was in such bad shape that it had not been used to host an event since 2010. To fix the root problem, a root barrier was placed between the track and the surrounding trees. Lights were added to the track as well.

The total cost of the track renovation was approximately $2.6 million, according to Huskey. The costs were funded primarily through the “Flip the Switch For Student Recreation” student fee passed in 2013.

John McCutcheon, the director of intercollegiate athletics, welcomed everyone and thanked everyone who supported the “Flip the Switch” vote during the grand opening on Wednesday. He also thanked the Cheadle family and the Pauley Foundation for their financial support.

Brittney Johnson, a fourth-year on UCSB’s track team, expressed enthusiasm about the renovation to students, student-athletes and donors in attendance and thanked them all for their contributions. She told the crowd about how the team would practice on the previously unfit track and said it was a point of pride and an example of their work ethic to continue to practice in poor conditions.

“Practicing on the turf showed the resilience of this team,” she said.

Margaret Klawunn, vice-chancellor of student affairs, also thanked the donors for putting together Wednesday’s event, which she said was “an unusual project with great leadership.”

After the event’s organizers cut the blue ribbon signaling the grand opening of the track, students joined by athletes led the way in the first lap since the track’s opening.

The track will be hosting its first event since its renovation next week against the Cal Poly Mustangs on Saturday, April 28.

It is great that the track is finally done! But also an embarrassment that for nearly 10 years all high schools had a better track than UCSB.

What happened to the head coach?

It is odd the Head Coach has been missing all season