The Daily Nexus
Student Gov
Sophia Dycaico for External Vice President for Local Affairs
April 19, 2018 at 12:01 am by Daily Nexus Editorial Board 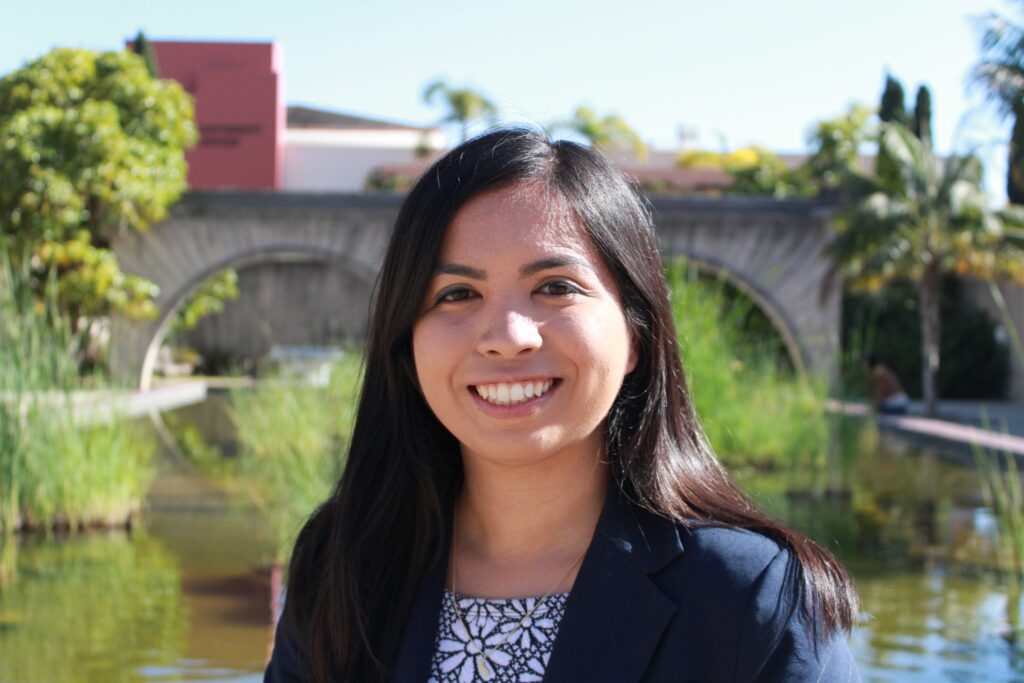 Sophia Dycaico has been involved in the community since her freshman year, working as a community coordinator for the then-external vice president of local affairs, taking an active role campaigning for local self-governance efforts and being a serviceable helping hand to campus organizations as a student senator.

If Dycaico can focus her organizing efforts on finding real-world solutions to the numerous problems affecting I.V., including safety and police presence, then her experience and knowledge of the community’s history will make her an effective EVPLA next year.

The EVPLA is the executive A.S. representative for all things Isla Vista.

As a first-year history of public policy major, Dycaico helped Third District Supervisor candidate Joan Hartmann register voters in the community. In the spring, she worked as the Community Services District (CSD) coordinator for the EVPLA office, months before the CSD became a reality.

Dycaico spent that fall going door to door, asking people to vote on measures that would create both the district and a tax to fund it. She helped host a forum, held by the EVPLA office, featuring CSD Board of Directors candidates. Many of those candidates ended up on the board, but the CSD didn’t get its funding. This June, it will have another chance, and Dycaico is again campaigning for it.

Since then, Dycaico has hunkered down on campus efforts. She was elected off-campus senator last spring. During her term, she is most proud of having been an effective liaison between the Senate and organizations like Environmental Affairs Board (EAB) and UCSB Lobby Corps.

Rena Bahl, EAB co-chair, agreed Dycaico was a viable liaison who attended 75 percent of the org’s meetings — more than she was required to by A.S. legal code.

“She did a lot more than she was supposed to and put in way more effort than previous liaisons,” said Bahl, a third-year environmental studies and global studies major.

During her Nexus endorsement interview, Dycaico proved she has a solid level of background knowledge of I.V.’s workings. She’s aware of current CSD projects and other I.V. fixtures like the Beloved Community conference and the I.V. Recreation and Parks District. Dycaico has formed opinions on tenant-landlord mediation and making Halloween safer.

On the other hand, Dycaico’s ideas for improving I.V. could use further work. Combatting I.V.’s burglary rates, she said, starts with giving its residents more replacement keys for their houses because too many are leaving their homes unlocked.

Dycaico’s plan fails to consider that The Home Depot is only a 13-minute bicycle ride away from the southernmost block of I.V.

Dycaico also introduced nothing new when it comes to engaging I.V.’s non-student population, including families and residents who do not speak English as a first language.

Still, when it comes to understanding the projects already underway in I.V. and the bureaucratic tangles that may slow them down, Dycaico is the right candidate for the job. If she can get to know more of the folks in the community this summer and commit herself to understanding how they would like to be helped, Dycaico would do a fair job of representing the student population in I.V.

Students can vote for Dycaico in the A.S. Elections by logging on to G.O.L.D. from April 23-26.

I thought this was a well-written and well-researched article. And I wish Sophia luck in the election. I will be visiting Isla Vista from my retirement home in Mexico to campaign door-to-door for CSD funding in late May. Carmen Lodise, author of ISLA VISTA: A Citizen’s History (2008) always available on Amazon.com

Hi editors of the Daily Nexus:

I did not endorse Sophia Dycaico and I believe that you submitted the wrong endorsement. I endorsed my IVP candidate in my email on Tuesday, April 17. Please review that email, withdraw this endorsement, and endorse my preferred candidate instead.

Thanks you,
Justice for All