The Daily Nexus
Music
Kacey Musgraves Brings Country to the Modern Age with New Album Golden Hour
April 13, 2018 at 8:00 am by Alex Modiano 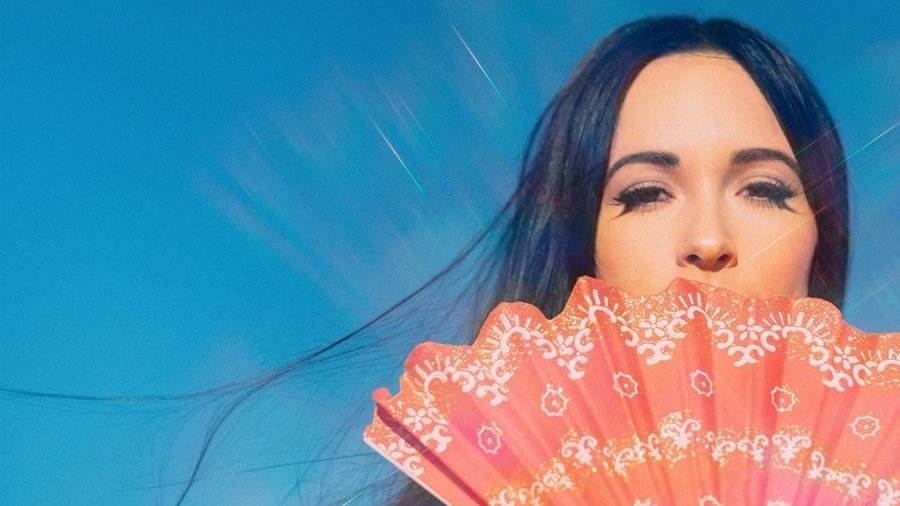 Country music seems to exist in an entirely different world than other music genres. Rap, pop, rock and electronic music have always intermingled with each other and in recent years have been increasingly intertwined as crossover hits have ruled the airwaves. We live in a post Kanye and Paul McCartney collaboration world, where Rihanna knows Tame Impala and Beyoncé was nominated for a Grammy for Best Rock Song. The general public has embraced this new post-genre world with one large exception; Country music remains the black sheep of the music industry.

To be honest I’ve been a proud member of the I’ll-listen-to-anything-but-country club for years, which is why I was shocked when I found myself not only listening to, but enjoying Kacey Musgraves’ new release. On Golden Hour, her third studio album, Musgraves takes a vacation from the strict boundaries of Nashville sonically and lyrically, exploring a new vibrant sound filled with elements of pop, funk, folk and even disco. Golden Hour is still undoubtedly a country album. There are all the typical allusions to cowboys, horses, and pickup trucks, sung with dixie-tinged croons. However, in Musgraves’s world, these elements seem to float effortlessly in zero gravity with rainbows, flowers and weed.

The album opener, “Slow Burn,” acts as a psychedelic treaty outlining the artist’s journey of spiritual enlightenment. The song begins grounded in reality as details of her early life are accompanied by simple strums of the guitar. Sonic elements are slowly added and built upon each other as she begins to muse over her laidback outlook on life.

On the chorus she belts out her climatic mantra: “I’m alright with a slow burn, taking my time … I’m gonna do it my way, it’ll be alright.”

By the time the second chorus ends, Musgraves has painted an abstract, tonal landscape atmospheres away from where she began. As she utters “whatever feels good,” her audience is floating with her in a blissful, flower-filled utopia. Musgraves is not overthinking anything, but rather slowly enjoying the simplicities of life.

On “High Horse,” Musgraves’ biggest departure from her Nashville roots, she accomplishes an allusive pop-country crossover that effortlessly blends the energy of a danceable summertime radio track while still paying an authentic homage to her country roots.

She fuses banjo and disco beats in a dissertation against those “who think they’re cooler than everybody else,” creating an irresistibly fun song.

Her signature wordplay and wit are in full force as she playfully delivers lines like “Darling, you take the high horse and I’ll take the high road” and “If you’re too good for us, you’ll be good riding solo,” that allow her to cut down her subjects while never leaving her realm of carefree cool.

Other recent attempts at pop-country crossovers, like Lady Gaga’s Joanne, have come off as either artificial or disingenuine, taking country sentiments hostage as a mere costume to try on. Musgraves, however, mends the two genres to create her own unique musical viewpoint, which never feels forced or pretentious.

This sentiment is continued on the bubbly “Butterflies”, which captures the floating feelings of the beginning of love. Through a series of “winged” metaphors, she brings her audience into her chest with breathy vocals and sweet strums of guitar.

The chorus, “And now, you’re lifting me up ‘stead of holding me down/Stealing my heart ‘stead of stealing my crown,” continues Musgraves’s treaty of optimism, authenticity and love, which flows through each track of the record.

On the eponymous “Golden Hour,” Musgraves is stripped back, serenading her lover over her satisfied outlook on life. She truly captures the magic of the hour before sunset can bestow, with long, smooth, angelic vocals and a calm accompanying soundtrack creating a dreamy soundscape.

The song’s nonchalant pacing and lyrics come together as she muses over her contentment, singing “And I know, I know everything’s gonna be alright.”

Just as the sun’s golden hour paints the world in its most pleasing light, Musgraves’ blissful point of view depicts the world through a lens of optimistic enthusiasm. In a period of human history plagued with cynicism and divisiveness, the songwriter’s exploration of positivity comes as a welcoming relief.

The artist’s use of modern subject matter throughout the record further cements her as the future of country. Multiple references to marijuana and psychedelics spread throughout the album reveal Musgraves’ commitment to honesty and artistic expression. Rather than shy away from subjects which could alienate country fans, she paints her world without censure. While she has already established herself as firm advocate of LGBTQ+ rights, her commitment to queer imagery has made her a queer icon. Songs like “Rainbow” and “High Horse” have resonated with queer audiences and have introduced to these audiences to a genre which is not always welcoming.

Country music has always been obsessed with freedom, yet it has always placed strict musical and thematic boundaries on itself, which has tethered the genre to the past. By superseding these limitations, Musgraves captures a new aspect of freedom, which is often overlooked by her contemporaries. Kacey Musgraves may have broken the rules of country, but she’s too content and self-assured to care.

This woman is not country, never has been.