As primary elections quickly approach, student organizers and local government officials are making their second push toward a measure which would fund Isla Vista’s financially hamstrung government for the first time. 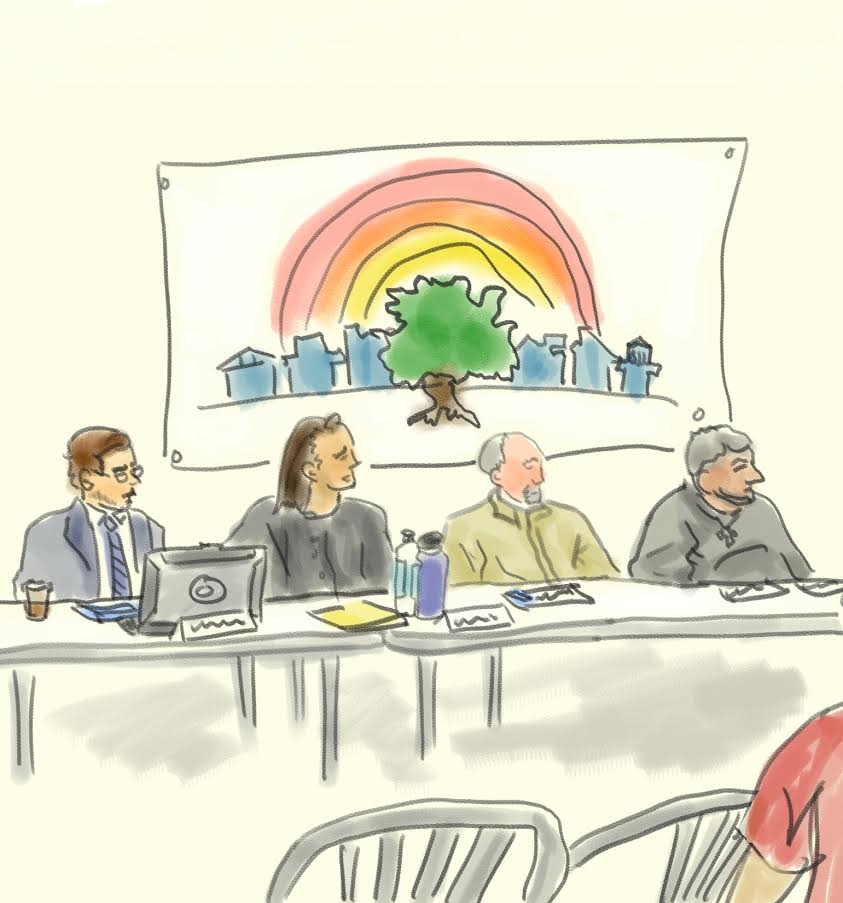 Measure R is essentially a second attempt to pass a user utility tax (UUT), the same goal Measure F sought to accomplish in 2016. The ballot language for the measure has changed since the UUT’s first appearance at the polls, though only slightly.

While on the 2016 ballot, Measure F included the contingency that the UUT would go into effect with the creation of a then-nebulous CSD. Measure R now lists the particular services the tax would fund.

According to the ballot language registered with the county’s clerk-recorder, the UUT would explicitly fund any of the following services: improvements to parking, public safety, lighting and sidewalks.

The tax could also be used to provide tenant mediation services, create a municipal advisory council and operate facilities like the Community Room the CSD currently meets at for its twice-monthly board meetings and the burgeoning Community Center.

In order to place Measure R on the June primary ballot, the CSD Board of Directors first voted on the language citizens would see on their voting slips and then submitted the proposed question to the County of Santa Barbara Board of Supervisors, which later approved the phrasing at a board meeting.

Since its creation, the CSD has found its organizational framework, hired legal counsel, expanded the Community Service Organization’s escort services, piloted a tenant mediation program with the Santa Barbara Legal Aid Foundation and hired an interim General Manager, all while operating mainly on a $200,000 donation from UC Santa Barbara.

In an interview with the Nexus on Wednesday, I.V. CSD President Ethan Bertrand said the key difference between the 2016 vote and this year’s is that the CSD has found its footing, proving it can do a lot with a little.

Support for Measure R is mounting within student activist networks and some government circles. UC Santa Barbara’s Campus Democrats began campaigning for the measure last Monday, while the “Yes on Measure R” campaign has been active since mid-March.

While the I.V. Recreation and Parks District has not made an official statement supporting the measure, Third District Supervisor Joan Hartmann issued a statement on Wednesday “strongly in support” of Measure R. Hartmann has personally contributed $6,000 toward the campaign and will actively fundraise and canvass for its passage, she said.

Hartmann said the measure’s passage would allow for the CSD to thrive and provide effective services to its unique demographic.

“Due to its great density, diversity, poverty level, and demographics dominated by a young student population … Isla Vista has an even greater need for services and infrastructure than other unincorporated areas in the County,” Hartmann said in her statement.

While proponents of the tax have sought to spread their message through door-to-door canvassing and tabling, opponents have voiced their displeasure toward the tax, primarily through flyers.

Chuck Eckert, treasurer of anti-UUT group Isla Vistans Against Higher Taxes, told the Nexus on Wednesday that the group has been distributing flyers advocating for a “no” vote on the measure.

The flyers claim that I.V. residents’ taxes are far too high and calls on them to voice their dissent. The exact cost of the UUT for individual residents is still undetermined, according to CSD Secretary and Director Spencer Brandt. The CSD plans to present a revenue estimate at their next board meeting, Brandt said.

Eckert said he is against the measure’s passage because he believes the I.V. government does not need additional funding “to do what they have already done.” He also said services like tenant mediation duplicate already available services like the Community Housing Office and other resources offered by UCSB and the County of Santa Barbara.

When there are only about a half-dozen attendees at scheduled CSD meetings, this shows you that apathy has taken complete control of the climate and sentiment. In addition, when the governance (CSD) actively opposes safety and security measures there is a big “red-flag.” Maybe time for an election?

There is no “IV Government. There is the IVCSD, which likes to pretend it’s “IV Government”. IVCSD is made up of a small group of ‘more government that you have to pay for is always better, and never mind that what we propose to do is already done by others, and we don’t really need any more $, except to spread the $ among the bureaucracy thay runs the IVCSD”.

Wow there is so much to unpack here. First and foremost everyone should know this guy and his friends “Isla Vistans Against Higher Taxes” DO NOT live here and are the corporate landlords who directly contribute to lower quality of life and high rents. Second – this guy and his friends time and time again oppose literally ANY idea or proposal to make IV a better place. We love the parks in IV right? They’ve opposed them since Day 1, even opposing the creation of the parks in IV because they’d rather make a quick buck off of building low-quality… Read more »